For seven years this book sat on my bookshelf. Suffice to say, it could have sat for another seven years.

For crimozy readers, we’ve read it before.

Successful woman (Erin Murphy) leaves the big city to return to her small town to run the family business. She comes up with a festival idea and after finding a body in the alley has to figure out who the murderer is, while proving that her mother (Fresca) is innocent.

Let me start by saying that Erin is not a lovable character and I certainly wouldn’t want to be her employee. More on that later.

Getting back to the story, Fresca’s former employee, Claudette, returns to Jewel Bay after running away with her married lover, Dean Vincent. They ran away to Las Vegas, where the chiropractor, turned Elvis impersonator, fails to make a name for himself.

Erin heard a rumor that Claudette was accusing Fresca of stealing recipes from her and when she runs into Claudette she invites her to the Festa di Pasta event.

With a host of suspects, Erin tries to figure out why her friendship with Kim Caldwell ended and why Fresca isn’t too concerned about being the main suspect.

When you have a main character that doesn’t come across as “friendly” you kind of lose interest in what’s going on, and when there are a lot of characters introduced with the first twenty five pages or so, the story can be bogged down.

Another point is the story really drags and most of the time my mind was doing some major wandering, plus the ending wasn’t satisfying.

However, the second installment is set up (once it was mentioned, I wanted to hit myself upside my head).

I’m hoping that maybe, just maybe the series will get better. 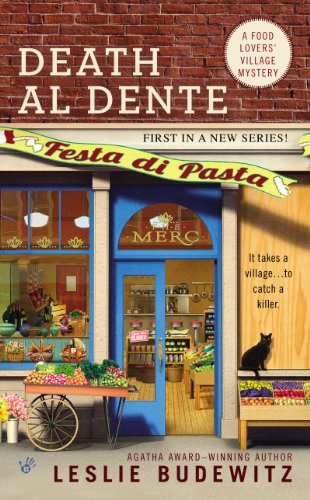