When you’re wobbling on the fence, it’s hard to figure out where you’re going to fall. That’s where I’m at with the first first installment of the Fat Cat Mysteries.

Orphan Charity “Chase” Oliver has returned to Minneapolis (Dinkytown to be exact) where she’s a partner at the Bar None with Anna Larson, her surrogate grandmother.

During the peak season of students moving into college, Chase’s cat, Quincy (an escape artist) gets out at closing and everyone starts to look for him. An emotional Chase finds him in the kitchen of Gabe Naughtly’s condo.

Earlier in the day, he was in the shop causing problems and now Chase finds him dead along with the strange Torvald Iversen, who accuses her of murder.

That is until he is found dead a few days later by his cleaning lady.

While Chase is the leading suspect in Gabe’s murder, she has to deal with her bickering employees, Violet and Laci. It becomes a daily battle also between her and Anna as they debate which one should be fired, plus, someone has been embezzling from the daily till.

Having never been to Minneapolis, the weather seems to get awfully cold in the first week of September (Cantrell has the characters in heavy coats and scarves) and I think the sun is also setting a little earlier than it should be.

At the beginning of Chapter 10, it’s Sunday, September 2 (which would make it Labor Day Weekend) yet the health inspector is working, as are non retail people. A few chapters later, it’s Saturday and on the next page, Anna says, “tomorrow’s Monday“ and it’s back to Saturday again.

Anyway, this is a semi slow read, but it does hold your interest with wanting to know who’s embezzling and will Chase fire the employees?

Cantrell plants a lot of clues, but I was able to figure out who the killer was and the ending was tied in a tidy bow.

I’m just thankful that the series isn’t too long. 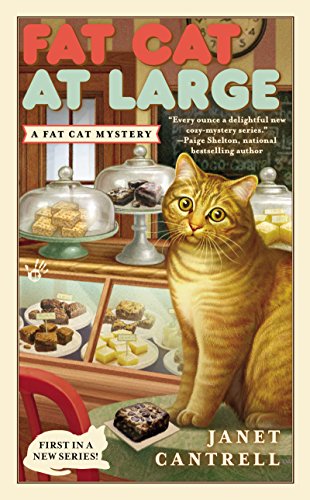