When it came time to start the second novel in the series, I was going to push on, no matter what I thought of the debut. My fears were realized.

There really isn't a story in the second installment, it's basically the first novel, with Rory Chasen's best friend, Gemma coming to Destiny for a visit. Basically, she's also trying to get away from her former boyfriend, Frank.

As a librarian, the two met at work and now that the relationship is over, Gemma just needs some time away. She confides to Rory that Frank has been stalking her and at first doesn't realize that he, too, has travelled to Destiny.

Rory is the first to discover that Frank's in town and on her first night in town, Gemma's offered a job at the bookstore next to the Lucky Dog Boutique, where Rory has been working for the past few weeks.

Gemma accepts the job offer (after having no real experience in retail) and while she sort of becomes the wild woman in Destiny. For me, she came across as the repressed party girl and actually becomes quite popular in town (after a day or two).

When one of the guys that is infatuated with Gemma is found murdered, Gemma becomes the prime suspect and Rory has to figure out how she can save her.

My head spun around faster than Linda Blair's (for which I still have a kink) and for the life of me, I couldn't figure out what was going on.

Also, it becomes quite creepy in this installment, that once a week, the residents of Destiny meet up at the theater where they give a welcoming speech to all of the tourists. I couldn't quite grasp that notion and it just didn't seem right.

With this weekly "greeting" it just seemed to me that the characters were under some type of cosmic spell.

Now that would have made for a pretty good book, considering the subject matter. 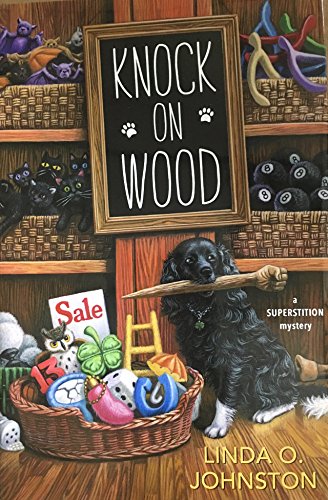