As I said in my review of Day Shift (the second installment to this series) I felt as though the publisher had led me astray since I was reassured that this series was a stand alone. I’m still not sure if it is, or if these characters continue to exist in more current works.

I went into this final chapter with as much of an open mind as I could, but I knew that it was impossible since some of these characters are apart of the Sookie Stackhouse universe.

Anyway, let me get to the review.

Something is pulling people (and animals) to the crossroads in Midnight (population 10). Here they are committing suicide by any means possible.

Vampire Lemuel Bridger is furiously trying to translate a vampire guide, but its in a language he doesn’t know (although he has a dictionary t it’s slowing him down in his work).

Witch Fiji Cavanaugh receives a surprise visit from her sister, Kiki. While the two are somewhat estranged Fiji just wants her out of her house and then begins to hear the evil voice in her head.

These seem to be the two main plots for the book, but add in the mysterious Reed’s, Olivia Charity’s secret and weretiger Diedrich Quinn’s budding sexuality you may find yourself scratching your head trying to figure everything out.

My initial reviews were about two years ago so there were a lot of details that I’ve forgotten. Some came back, but I would recommend reading all three at the same time. I think you as a reader would appreciate the flow of them without a pause.

For me, the ending seemed to be rushed. I think getting to the end was too slow and by the time the final event had happened, I pretty much thought the book should have been over earlier.

Whether or not you’re a fan of Harris’, I am always amazed at authors who write a multitude of series. Keeping them straight is a talent in itself.

I’m still going to recommend this trilogy since it does have the feeling Harris was going for, but, remember to read the other books at the same time. 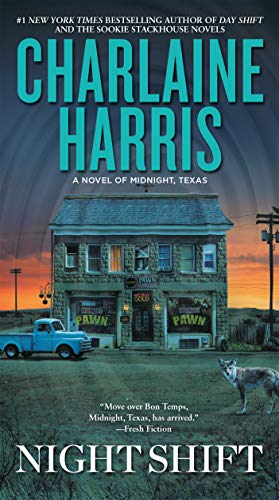