Sometimes in a series, the first installment may not be the best (yet it did turn itself around for the better) and generally the second installment picks up the pace.

This is true for this series.

From the get go, Cassandra “Casey” Calhoun is once again caught up in yet another disaster that could impact the security system at the White House.

The First Lady has decided to have a kitchen garden and wants America to eat healthy, so she has Casey supervise the garden and the volunteers. It’s a dream come true for her, but journalist, Griffon Parker has other plans.

He has been against the idea (as well as a few others) who believe the garden and its organic structure is a sham. Casey tries to ignore the naysayers since this is her pet project and even though the garden is sabotaged often, she finds effective ways to try and stop it.

With a few days before the harvesting of spring vegetables, Griffon is found dead in a nearby park and the evidence points to Casey.

Besides the garden, she has been helping Francesca Dearing plan a charity murder mystery. Parker’s death fits into what Casey had described as the perfect way to murder someone and Francesca tells the police that Casey should be suspect since she came up with the murder and everyone knew that she and Parker didn’t see eye to eye.

But, it appears that Parker was working on another story and the scandal would bring down a prominent Washington insider.

In an effort to clear her name, Casey needs to dig further into the murder and figure out what Parker was working on at the time of his death.

By all means, this installment is a definite page turner and the characters are well rounded. Of course, the action does slow down for a little bit, but St. James gets you right back on track.

While still told in the first person, we’re not bogged down with a lot of narrative which is good. The dialogue is fast and fresh and rates a good ten.

If you can get through the boring beginning of the first installment, then you’ll love how much fun Casey and Company can be. 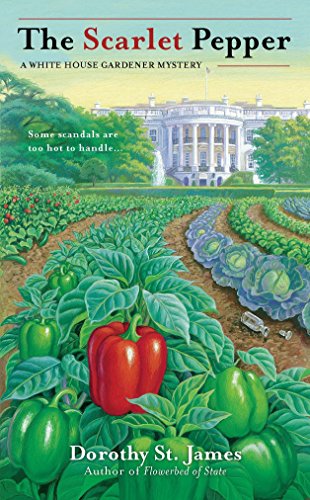