A Science Fiction Classic from Japan

Yukikaze (original Japanese: Sentou Yousei Yukikaze lit. Battle Fairy Yukikaze) is hailed as one of the classics of Japanese science fiction. However, not until the appearance of the animated adaptation of the same name twenty years later are the English-speaking audience aware of it. Now the book and its sequel Good Luck, Yukikaze are available in English, allowing the fans to enjoy a prominent work from a foreign culture renowned for its fascination with technology.

Yukikaze is less of a novel than a collection of short stories that are closely related to each other and progress through time. They revolve around the misanthropic reconnaisance pilot Rei Fukai and his commander Major James "Jack" Booker and their day-to-day struggle to make sense of what they are doing on an alien planet, in a long war that started on one Christmas day, while Yukikaze's AI "grows" beyond its creator's intention.

Having watched and thoroughly enjoyed the animated adaptation, I was eager to read the original book. It is different from what I expected. Despite the introspective mood, the anime is full of action, while the book is more subdued and philosophical. Nonetheless, it is interesting and fills out many gaps the anime leaves.

On the Alien Sky with a Sentient Plane

The theme of Yukikaze is a classic for science-fiction stories: the relationship between humanity and technology, something they create yet can never completely control, as well as between humanity and the unknown. Nevertheless, the book manages to make the questions it poses urgent. A striking feature of Yukikaze is how grounded the world in the book feels. Everything about the characters' lives in a military base on the alien planet "Fairy" is highly detailed, showing remarkable research into military life and conventions. The war with the aliens is chronicled in documentary style: precise and objective. Same for the technology (mostly planes) that is used in the conflict and its development.

Super-imposed on that solid background is a nagging uncertainty. No one knows exactly why the aliens attack Earth, and ever since the role is reversed with human landing on the alien planet and building an elaborate military base on it, the aliens become a myth to those outside the Fairy Air Force. Fitting its name "Fairy", the planet is surreal, incomprehensible outside the base. The planes and computers built to counter the aliens' weapons slowly grow beyond their creators' comprehension. In the middle of it all is Rei, who has grown apathetic to everything but flying and his plane Yukikaze but is nonetheless forced to care as his plane (or more accurately, the plane's AI) is somehow the unknown variable that keeps a mysterious equation from being balanced.

Yukikaze is not a happy read. In fact, it is almost an apocalyptic log as familiar routines slowly break down and things slowly spin out of the characters' control. The matter-of-fact tone of the narration and how almost clinical the feelings of frustration are described only increase the uneasiness. In a stark contrast to that gloom is the beautiful imagery of the eponymous plane. True to the name of its line "Sylph" and its call sign ("Yukikaze" means "snow wind"), Yukikaze freely flies on the Fairy sky together with Rei above all human care and concern.

The book has as open and enigmatic an ending as possible (one caveat: I have not read the sequel Good Luck Yukikaze). Its attitude is not Luddite, nor does it advocate technology as the ultimate solution. Rei can trust his beloved Yukikaze with his life, but he still cannot really understand it. The reader is urged to think and decide for herself or himself.

Are you interested in science fiction by authors from outside English-speaking world? 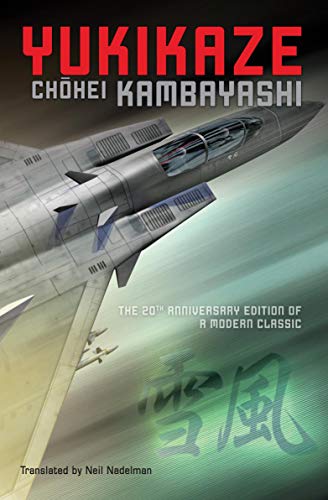