An excerpt from the book:

A panda walks into a café. He orders a sandwich, eats it, then draws a gun and fires two shots in the air.

“Why?” asks the confused waiter, as the panda makes towards the exit. The panda produces a badly punctuated wildlife manual and tosses it over his shoulder.

The waiter turns to the relevant entry and, sure enough, finds an explanation.

If someone had told me two weeks ago that it was possible to write a book about punctuation that anyone could read, enjoy, and that was hilarious, I would have laughed in their face! And yet, that is exactly what Lynne Truss has done in her break-through bestseller Eats, Shoots and Leaves.

From stickler-ish rants about signs in green-grocers’ windows selling “Carrot’s and Tomato’s”, and the almost uncontrollable desire to put the apostrophe in the title of the movie Two Weeks Notice, Ms. Truss’s (or should it be Truss’ – read it to find out) zany take on the alarming state of punctuation in the world today will leave you rolling on the floor laughing your ass off.

English teachers, editors, writers, and even regular people will enjoy Ms. Truss’s conversational tone, impeccable writing, and unabashed wit. Connoisseurs of language, students, and even the guy at the grocery store will devour this easy-to-read, enjoyable book, and will take from it a new respect for the history and purpose of punctuation – the road-signs of the written word.

Don’t miss this undeniably timely romp through the mind of the obsessive editor as you learn who invented italics, what an interrobang is, and which writers have obsessively defended AND denounced the use of punctuation. A must for anyone who reads or writes, make sure to pick up Eats, Shoots and Leaves and laugh while you learn. 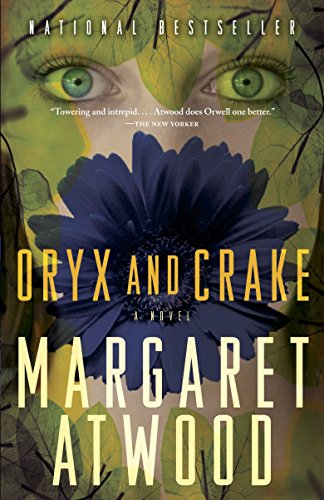 Oryx and Crake by Margaret Atwood

An excerpt from the book:

He feels the need to hear a human voice – a fully human voice, like his own. Sometimes he laughs like a hyena or roars like a lion – his idea of a hyena, his idea of a lion. He used to watch old DVDs of such creatures when he was a child: those animal-behaviour programs featuring copulation and growling and innards, and mothers licking their young. Why had he found them so reassuring?

Or he grunts and squeals like a pigoon, or howls like a wolvog: Aroo! Aroo! Sometimes in the dusk he runs up and down on the sand, flinging stones at the ocean and screaming, Shit, shit, shit, shit, shit! He feels better afterwards.

He stands up and raises his arms to stretch, and his sheet falls off. He looks down at his body with dismay: the grimy, bug-bitten skin, the salt-and-pepper tufts of hair, the thickening yellow toenails. Naked as the day he was born, not that he can remember a thing about that. So many crucial events take place behind people’s backs, when they aren’t in a position to watch: birth and death, for instance. And the temporary oblivion of sex.

Ms. Atwood, author of The Blind Assassin and The Handmaid’s Tale, wows yet again with her strange (and strangely poignant) Oryx and Crake. She creates a post-apocalyptic world in which children play with the very building blocks of life the way children nowadays play Nintendo: a world of strange animal combinations; of viruses that turn the body into bloody foam; where sexuality and apathy and government control are rampant.

Snowman – distraught, the last of the human species - watches over a brood of human-like creatures called Crakers, since they were created in a lab by Crake, his former best friend. Slowly losing his grip on sanity, Snowman recalls the twisted and terrifying events that lead to the destruction of mankind, his own unfulfilled longing for the beautiful and mysterious Oryx, and his relationship with the frighteningly intelligent Crake, who becomes a god for the species of perfected humanoids he created.

Unabashed, succinct, and brutal, Ms. Atwood takes humankind’s present curiosity and amazing technological advancements to one logical – and disturbing – conclusion. Commenting on the dichotomy between the poor and the elite, the slippery slope of burgeoning and overwhelming (and destructive) sexuality, as well as government control and the ethical problems of genetic tampering, Ms. Atwood sucks you into a universe that might be the one next door, and asks the question that many today would like to avoid: Are we destroying ourselves?

A must-read for any lover of the dystopian, Ms. Atwood’s Oryx and Crake is sure to keep you turning pages and dreaming the dreams of the disturbed for years to come.

Talk to the Hand: The Utter Bloody Rudeness of the World Today, or Six Good Reasons to Stay Home and Bolt The Door
Buy Now 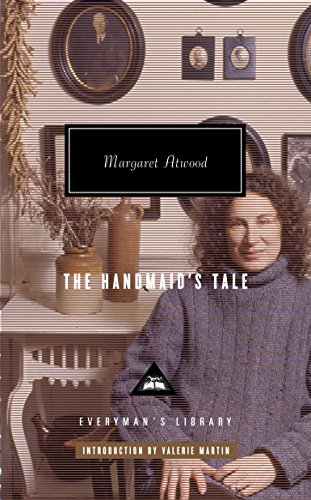