Rand Zacharias is a published freelance writer, author, poet, artist, photographer, and all around jack of many literary trades.

Aren’t we all like books? Sometimes we are open and easy to read, while on other occasions we are closed, focussed and simply unavailable to pass on information.

People are like books. We can read each other very easily when we’re open. The sentences flow from our eyes and lips like the words in the sentences on a page. The exclamation point of a toothy grin is passing on information that is fulfilling to the reader. We might smile and open up when we see a happy human.

I think the real pleasure in identifying oneself as a piece of literature is that we can change our positions, much like a book. We can be open and easy to read for a long period of time, or we can be up on a shelf unread for decades. We can be open, then closed, open and closed again, several times during the course of a single day. It all depends.

Some books are just not read-worthy. You know how that goes. You start a book and then put it down never to pick it up again. It doesn’t appeal to you and it never will. For each of us, we’ve met people like that. Maybe we are people like that?

Now, speaking of books, I mentioned early on in this blog that I’d be doing some book reviews…well, here are a few.

James Michener’s The Fires of Spring is his second novel written in 1949. The novel shows us how timeless valuable literature with rich sentences and eternal truths can be. The story of David Harper growing up in the poorhouse under the tutelage of some aged, poverty-stricken, yet rich in character, men and women while under the guardianship of his tight-fisted aunt is an extremely colorful coming-of-age mural of growing up in America.

The romantic story of this young man trying to discover his artistry, his true love, and himself, is done in such a manner that I think Michener made this story more autobiographical than we as the audience were intended to know. The hero of our story grows up in a town with the same name as Michener’s own birthplace. The Fires of Spring is a great read with marvelous history lessons, vocabulary and one never really knows what’s going to happen to David Harper till the end of the wonderful early work of one of my favorite authors.

Carole Shields’ The Stone Diaries was released in 1993 and is the only book to win both a Pulitzer Prize for Fiction in 1995 and the 1993 Governor General’s Award. The fictional tale of Daisy Goodwill Flett is astoundingly beautiful in its epic manner of storytelling. Shields used “flowery” phrasing and poetic sentences to write about this typical woman who loved creative gardening. The story is set throughout the midwestern provinces and states of America ending in a Florida retirement home, but it is a must read for any aspiring author or amateur writer.

Alan Jacobs’ The Narnian is an incredible tale of perhaps this past century’s greatest, and most controversial, intellectual Christian writer by the name of C. S. Lewis. Jacobs tells a very insightful story of a man who enjoyed his own company. Lewis’ friendship with J. R. R. Tolkien, his ultimate conversion into a Christian faith, his strange lifestyle in his later years and his unique upbringing are all analyzed in this most recent biography. Incidently, JFK, C. S. Lewis and Aldous Huxley all died on the same day…it truly was the end of Camelot. With the assassination of JFK, you can imagine how little press the passing of both Lewis and famous author Huxley drew. Kinda like Farrah Fawcett and Michael Jackson?

Hope you have enjoyed my little turn into the realm of the literary and may your book always be open. 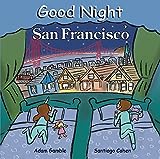