Caroline and her spouse are the parents of three children, all in their early twenties, as well as two Old English Sheepdogs and a cat.

Let's face it--teenagers just don't have much time to flop down in a chair and read for pleasure. Between before-school activities, school, after-school activities and sports, homework, and social events, these kids are busy. In fact, many of them skip lunch at school to squeeze in an elective and sacrifice summer jobs and specialty camps to get required courses out of the way.

When teens sit down to read for pleasure, they should be able to do just that: read for fun. They've earned it!

I've put together the following list of current favorites that are great suggestions for leisure reading for teenage girls. These popular titles should appeal to both avid and reluctant readers.

The Fault in Our Stars
Buy Now

The Fault in Our Stars
by John Green

Included on many high school summer read lists, but also popular for personal reading, this quick read features Hazel, whose tumor-shrinking medical miracle has bought her a few extra years.

Looking for Alaska
by John Green

Pudge Halters' existence is altered by the crazy, possibly unstable, and anything-but-boring world of Culver Creek Boarding School and the appearance of girl down the hall, Alaska Young.

In 1967, after a session with a psychiatrist she'd never seen before, 18-year-old Kaysen was put in a taxi and sent to McLean Hospital. She spent most of the next two years on the ward for teenage girls in a psychiatric hospital, renowned for its famous clientele (Sylvia Plath and James Taylor) and its progressive methods of treating those who could afford it. Non-fiction.

13 Reason Why
by Jay Asher

Clay Jensen returns home from school to find a box addressed to him laying on his porch. Inside, he discovers 13 cassette tapes recorded by Hannah Baker, his classmate and crush who committed suicide two weeks earlier.

For a couple hundred of years, the mystery genre has held out in popularity. Perfect for light reading at the beach, at bedtime or on the bus, several series and individual mysteries have hit the big time with teens.

Originally popular with the middle school set, the Hunger Games series has spread through high school students, including both boys and girls. Suzanne Collins' futuristic tales feature teens forced to compete to the death in the Hunger Games in the first book, followed by rebellion and uprising in the subsequent novels.

Libba Bray's debut novel "A Great and Terrible Beauty" leads off this best-selling series set in a boarding school in Victorian England. School Library Journal gives the first book solid reviews, calling it "An interesting combination of fantasy, light horror, and historical fiction, with a dash of romance thrown in for good measure." (Because what book for a teenage girl would succeed without a bit of romance?)

In an affluent Pennsylvanian suburb, four of the 7th graders in a clique of five middle school girls each hides a secret. Only the 5th girl, Allison, knows the secrets of the other girls. One day, Allison mysteriously disappears, not to be seen again. Three years later, the remaining four girls begin to receive threatening text messages regarding their secrets, all signed "A." Fast moving, popular and quick reads. 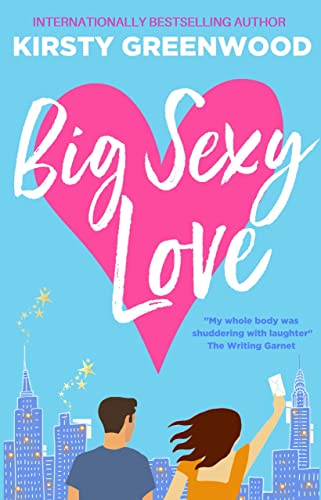 An Abundance of Katherines
by John Green

It's road trip time! Dumped by 19 different girls named Katherine, Colin and his best friend take a road trip where Colin tries to mathematically prove that relationship can be predicted.

A bit better--and much different--than the movie, Sparks' bestselling book on the whirlwind romance between a college girl volunteering for a Habitat for Humanity like group and a soldier home on leave from the Middle East and the endurance test of their lengthy separations.

The Lucky One
by Nicholas Sparks

Another Sparks romance involving a U.S. soldier who finds a half-buried photo of a happy young woman in the sands of Iraq. The photo becomes his lucky charm. Back in the States, he sets out to discover where and who his charm truly is.

Along for the Ride
by Sarah Dessen

Good review from Booklist magazine states it the best:

"Dessen has built a well-deserved reputation for delicately depicting teen girls in turmoil. Her latest title showcases a socially awkward young woman who seeks solace in the comforting rigidity of academic success. Auden is about to start college in the fall, and decides to escape her control-freak professor mom to spend the summer with her novelist father, his new young wife, and their brand-new baby daughter, Thisbe. Over the course of the summer, Auden tackles many new projects: learning to ride a bike, making real connections with peers, facing the emotional fallout of her parents’ divorce, distancing herself from her mother, and falling in love with Eli, a fellow insomniac bicyclist recovering from his own traumas. The cover may mislead readers, as despite the body language of the girl in pink and the hunky blue-jeaned boy balanced on a bike, this is no slight romance: there’s real substance here. Dessen’s many fans will not be deterred by the length or that cover; they expect nuanced, subtle writing, and they won’t be disappointed."--Booklist

Vampire series are very much the "in" reading among girls from 6th grade on up.

The most popular of these series is Stephanie Meyers' Twilight Saga, featuring the ever-brooding human teen Bella Swan, her sophisticated vampire boyfriend Edward, and her werewolf friend and wanna-be boyfriend Jacob.

The popularity of this suspenseful, romantic, moody phenomenon continues, was aided by the production of the Twilight movie adaptations.

Before HBO's adaptation created the "True Blood" obsession, Charlain Harris' series was known as the Southern Vampire Mysteries. Set in the ever darkly mysterious Louisiana, this southern Vampire series features a present day where synthetic blood is created and produced, which in turn allow vampires to be opening vampires. Our narrator, Sookie, is a young cocktail waitress with the undesirable ability to read minds, until she meets Bill, whose mind she can't read at all because, as it turns out, he is a vampire. Fast-paced, action-packed, quick reads that teenage girls will love.

This teen-oriented vampire series is now a TV series, as the networks try to reproduce the "True Blood" phenomena. L.J. Smith's four-book series is the saga of two vampire brothers fighting for the love of the same popular high school girl.

"Mead's absorbing, debut YA novel, the first in a new series, blends intricately detailed fantasy with a contemporary setting, teen-relevant issues, and a diverse, if sometimes sterotyped, cast of supporting characters. Occasional steamy sex and a scattering of vulgar language demand mature readers, but teens able to handle the edgy elements will speed through this vamp story and anticipate the next installment."--Booklist magazine