Bret Easton Ellis has finally made his way back around to the characters in his debut novel, Less Than Zero, and visits them as they struggle through middle age. Imperial Bedrooms leads you to believe that while times change, people and places don't.

Ellis brings us fast forward to the current state of Clay, Julian, Blair and Rip. We see them now interacting in their late-30s and they are no better off than they were twenty years ago. He makes mention of how the movie made about their lives based on Less Than Zero sent each of them in different directions

Clay, a successful screenwriter, returns from New York to LA and quickly falls back into the same circles and habits. Early on he returns to his old condo and notices he's being followed and as the pages turn becomes more and more paranoid. He reluctantly meets up with Julian, a now recovering addict, and their once strong relationship walks a wire throughout the book. It isn't until halfway through that Julian's career path comes into focus.

While at a party Clay runs into Blair who is now married but still has hidden hatred/love for him. This seems to be an anchor for Clay during his return to Los Angeles. An anchor in a good way because it seems to give him some grounding as things begin to unravel.

That unraveling begins when Clay meets an aspiring actress determined to win a role in his movie. Believing she's another backroom casting couch wanna be, Clay finds himself being drawn to her more and more. She eventually moves in, creating mystery and suspense with her past and shady dealings with Julian. Instead of being driven away by her, Clay becomes more obsessed.

Adding to the drama is their old dealer, Rip, who has now had so many face lifts he's almost unrecognizable. He inserts himself back into Clay's life and divulges details that send he and Julian to an unforgettable ending.

Imperial Bedrooms has everything you'd expect from Bret Easton Ellis; easy reading with enough drama and mystery to keep you turning the pages. You read Ellis wanting to believe the stories and graphic details couldn't be true but deep in your heart you know they do.  This book is a great compliment to Less Than Zero. 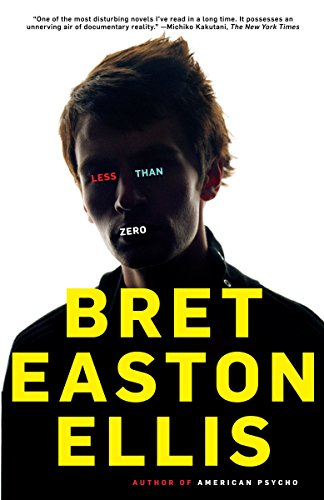