Catcher in the Rye Quotes

Why Catcher in the Rye Quotes?

The Catcher in the Rye quotes contained here are especially for my son, as it is one of his favorite all-time novels. Besides that, I l just enjoy collecting thought-provoking and creative quotations from literature and classic books.

"If you really want to hear about it, the first thing you'll probably want to know is where I was born, and what my lousy childhood was like, and how my parents were occupied and all before they had me, and all that David Copperfield kind of crap, but I don't feel like going into it, if you want to know the truth."

Classic Books - The Catcher in the Rye

The Catcher in the Rye Quotes That Illustrate the Novel's Genius

"What I was really hanging around for, I was trying to feel some kind of a good-bye. I mean I've left schools and places I didn't even know I was leaving them. I hate that. I don't care if it's a sad good-by or a bad good-by, but when I leave a place I like to know I'm leaving it. If you don't, you feel even worse."

"I'm quite illiterate, but I read a lot."

"Then I started reading this timetable I had in my pocket. Just to stop lying. Once I get started, I can go on for hours if I feel like it. No kidding. Hours."

"All morons hate it when you call them a moron."

"If you want to know the truth, I'm a virgin. I really am. I've had quite a few opportunities to lose my virginity and all, but I've never got around to it yet."

"You think if they're intelligent and all, the other person, and have a good sense of humor, that they don't give a damn whose suitcases are better, but they do. They really do."

"Anyway, I'm sort of glad they've got the atomic bomb invented. If there's ever another war, I'm going to sit right the hell on top of it. I'll volunteer for it, I swear to God I will."

"I thought what I'd do was, I'd pretend I was one of those deaf-mutes. That way I wouldn't have to have any g****m stupid, useless conversations with anybody. If anybody wanted to tell me something, they'd have to write it on a piece of paper and shove it over to me. They'd get bored as hell doing that after a while, and then I'd be through with having conversations for the rest of my life." (edited to keep this page pg-rated) 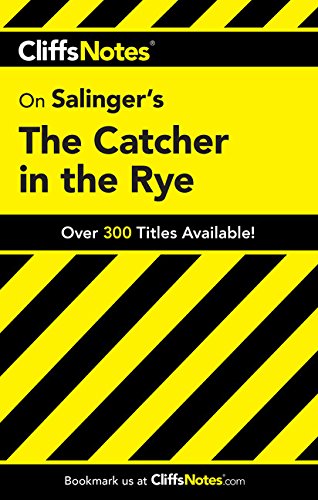 "Anyway, I keep picturing all these little kids playing some game in this big field of rye and all. Thousands of little kids, and nobody's around - nobody big, I mean - except me. And I'm standing on the edge of some crazy cliff. What I have to do, I have to catch everybody if they start to go over the cliff - I mean if they're running and they don't look where they're going I have to come out from somewhere and catch them. That's all I'd do all day. I'd just be the catcher in the rye and all. I know it's crazy, but that's the only thing I'd really like to be. I know it's crazy."

The Catcher in the Rye Quotes About Death

"Who wants flowers when you're dead? Nobody."

"I was the only one left in the tomb then. I sort of liked it, in a way. It was so nice and peaceful."

Buy The Catcher in the Rye Poster 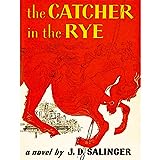 Catcher in the Rye Comments