The Chronicles Of Vladimir Tod - A Biting Good Series

A vampire tale you won't expect

Vlad has to keep his vampire urges under control while dealing with the pressures of middle school.

Eighth Grade Bites - Book One of The Chronicles of Vladimir Tod

My Review of The Chronicles of Vladimir Tod

Totally awesome. That enough of a review for ya? Ha. In (longer) truth, this is a great series, one with appeal for both sexes and all ages. (Well, down to a certain age. Some stuff in here not appropriate for really young kids.) It's the kind of book you give someone who is convinced they don't like to read, especially if they liked the Twilight movies or Buffy on TV. Action packed, nerve-wracking and dilemma-filled. Great fun, but also good openings for some interesting philosophical conversations.

The Chronicles are the story of Vladimir Tod, who's about to start eighth grade as the series opens. His secret has been safe so far, well except from his best friend, Henry, whom he bit back when they were eight. But his world is about to be turned upside down as he discovers there is far more to being a vampire than the need for blood. The world his father came from clashes with the only world he's ever known, putting his life in danger and making high school even more difficult than normal.

Populating Bathory with Vlad are his best friend Henry, "aunt" and guardian Nelly, his "uncle" Otis Otis and Henry's cousin Joss, who just happens to be a vampire slayer. Not to mention Meredith, who Vlad is crushing on, and Snow, who crushes on Vlad but is really only a food source to him. The major characters are well drafted - with possible exception of Nelly, who is fairly stock but also doesn't have much of a role - although we only see inside Vlad's head for motivations. His world is filled with complicated relationships with humans and vampires and bullies, all of which are highly believable.

The vampire world doesn't really know what to think of Vladimir Tod. Do they consider him human? Do they consider him a vampire? They seem to choose mostly based on what seems convenient at the time. How do you decide whether someone is a vampire or human? Does it matter? Guess it does if it means they have to follow Elysian law.

Add to that Vlad's own confusion about which world he identifies with himself. If he is the Pravus, he'll have to live in both anyway, so does it even matter if he chooses one over the other?

Poor Vlad. There aren't a lot of people who know his secret and it's always been a barrier to making new friends. Then along comes Henry's cousin Joss and Vlad suddenly has two friends in the world instead of one. Only to discover Josh is actually the vampire slayer tasked with killing him.

Now, Buffy and Angel (and later Spike in a totally and completely bizarro twist) were able to maintain a relationship despite the differences. And while Vlad and Joss have reached some kind of truce (for now), will it last?

Can a vampire and a slayer be friends?

Sites You Won't Want to Miss

Chronicles of Vladimir Tod Journal - Start your own chronicle! 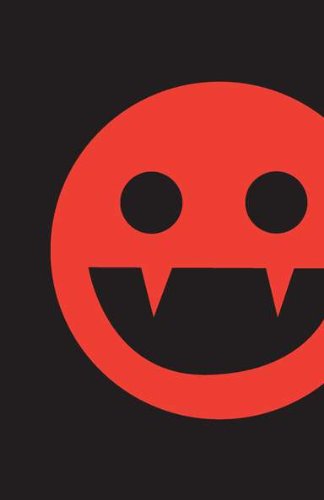 Minions - share your thoughts on the series, Auntie Heather or this website here. Love you hear from you!