Deborah is a writer, healer, and teacher. She enjoys helping people work towards healthier lives.

Cindy, Mindy, and Bob began as bedtime stories for my children many years ago. Over the years, Cindy, Mindy and Bob have grown, changed, died, been saved and revived. The three older kids personified Cindy, Mindy and Bob. Now they live in our three younger children, to continue teaching morals, values, and good old tradition.

Cindy, Mindy and Bob were excited. Today the family would be taking a trip to the city. After breakfast, the children gathered books, crayons and paper while mommy cut up fruit for a snack. It was only an hour to the city, but they liked to have something to do. Sometimes mommy would tell a story, but if she didn’t, they wanted to color or read.

After they got going, Daddy said, “ Today we are going to the mall. It is important that you children remember not to talk to strangers, and to stay together. Do not let Mommy or me get out of your sight, and always hold somebody’s hand. Not everyone in the city is nice, like where we live.”

The family lived in a small town. Cindy could walk home from school, and stop in any shop downtown. People knew her and the family. They would ask about Mommy and Daddy. They would ask how her day went. If she stopped at the coffee shop, she might even get a free cookie. Once when Mindy and Bob got off the bus at the wrong stop on the first day of school, a kind police man saw they were too far from home, and gave them a ride. It was a good and safe place for children to grow up.

Daddy looked at the children in the rearview mirror, “Does everyone understand the rule? Are you all clear on staying together?”

After a long drive, shortened by a story from Mommy, they arrived at the big mall. It was bigger than anything the kids could remember. Three stories tall, there were more shops inside than in the whole town they came from. There was every kind of shop a child could imagine. Toys? There were four stores with toys. Tractors? A yellow and green John Deere store beckoned brightly. Earring World. Clothes Galore. The Train Depot.

The children stared excitedly around them, not knowing where to go first. Bob wanted to see the trains and the tractors. Cindy wanted to look at new earrings. Mindy wanted to look for a new dolly. Daddy agreed to take Bob to The Train Depot, then to The John Deere Store. Mommy said she would start with the girls at Earring World. They agreed to meet for lunch at the food court in two hours.

Bob and Daddy started toward The Train Depot, Bob chattering excitedly, holding Daddy’s hand. Cindy and mommy headed for Earring World. Mindy was not happy. She would not get her ears pierced until she turned ten, and she wanted to look at dolls. Glumly she followed after Mommy and Cindy. She lingered far behind. She could still see their backs, but they didn’t even notice her. As they went in to Earring World, Mindy slowed and stood outside the store. She wanted to see what other stores were in the mall. One level below, she could see an American Girls’ Store. Mindy loved the American Girls’ books, and she wanted nothing more than one of the dolls. She gazed wistfully over the rail, watching happy girls and their parents coming out, arms full of dolls and books.

“Excuse me, “ a kind looking man stopped next to Mindy, “I can’t seem to find my daughter, and I was wondering if you could help me look for her.”

Briefly Mindy remembered what Daddy had said, but this stranger didn’t seem bad. He needed help. “Sure I’ll help you. What does she look like?”

Mindy noticed that his daughter was wearing what she herself was wearing. “What is her name? Where did you last see her?”

“Well, I think she wanted to look at jewelry. I was going to buy her a doll, but when I turned around, she was gone.”

“I just have to tell my Mom where I’m going. I can look for her in the earring store if you want. I’ll tell her you’re looking for her.”

“I will head toward the food court. Maybe she wanted some lunch. After you look in Earring World, maybe you can find me there. If you find my daughter, send her over. It’s on the first level.”

Mindy went into Earring World, looking first for Mommy and Cindy. Then she would look for the lost girl. Mommy and Cindy were trying on different pairs of earrings. Mindy dejectedly headed toward them, wondering if they had even missed her.

“Hey Mindy, “ Cindy greeted her cheerfully, “do you like these earrings? I think me and mommy are going to get matching ones. What do you think?”

“ Don’t you mean Mommy and I?” Mindy corrected her older sister. “Anyway, I’m looking for something else. I’ll be over here.”

“Stay close,” Mommy called after her, “we’ll be going to look at dolls soon.”

Mindy walked all through Earring World, looking for the lost girl. She did not see any girls alone, except for herself. She felt terribly lonely. Mindy decided to look for the girl on the way to the food court. The John Deere Store, and the American Girl Store were also on the first level. Maybe she could find daddy and Bob, and hang out with them.

Mindy headed down the escalator. He said the first level, she thought. But which way? Looking one direction, she could see the John Deere Store. As she turned, she smelled the delicious smell of fresh pretzels, and nachos. And pizza. Aha. Mindy followed her nose until she finally found the food court.

The kind man sat alone, two cookies in front of him. As Mindy approached, she smiled, “Hey, did you find your daughter? I didn’t see her in Earring World.”

Mindy loved to talk. The stranger loved to listen. She told him about school, her teachers, her friends. After five minutes, she had hardly touched her cookie.

“Why don’t you finish your cookie? I’m going to head out to my car, and see if she is waiting for me there. Would you like to meet her?”

For a moment, Mindy hesitated. But he was a kind Daddy, just like her daddy. “Sure. I’d love to meet your daughter. But I shouldn’t go outside the mall. Can you bring her back here?”

“Oh. No, that’s ok. We parked close. I’m sure she’s waiting there for me. Why don’t you come along and say hello. I’ll watch to make sure you get safely back into the mall.”

The kind stranger gently put his arm around her shoulder as he led her to the door.

“Our car is parked just over there,” he said, “it’s only five cars down. I can’t tell if she’s there or not.”

As they approached the car, Mindy saw no one around. No daughter. No police. No one. She began to worry. “Maybe I should go back to the mall now.”

“That’s ok. I’ll just warm up the car, so when I get back, I can go.” He started the car, and then came around behind, where Mindy stood. “If you could just help me get these things out of the back, you can head inside the mall.”

Mindy turned to help him, but instead of taking things out of the back, he shoved her inside, hopped into the car, and sped out of the parking lot, toward the interstate.

Inside the mall, Cindy and Mommy had finished looking at earrings, and realized that Mindy was nowhere to be seen. Mommy searched through Earring World. She left the earrings on the counter, told the clerk she would be right back, and ran into the corridor calling Mindy’s name. Cindy followed close behind.

Thinking that Mindy had gone with Daddy and Bob, Mom walked quickly to The Train Depot. She didn’t want to panic yet, but she was worried. Daddy and Bob were not there. Mommy and Cindy headed down to the John Deere Store. In the store, Bob was looking at tractors and mowers and farm equipment. Daddy stood on the other side of the store, looking at yellow and green lingerie. He held up a teddy as mommy approached.

“Hey sweetheart, what do you think of this?”

Mommy smiled quickly, then asked, “Is Mindy here with you? We can’t find her.”

“No,” Daddy replied, “I thought she went with you and Cindy.”

“She did, but now she’s gone. I looked upstairs, but I can’t find her. We need some help.”

Calmly, daddy replaced the teddy on the rack, then asked the clerk where he could find mall security. He told Mommy to go check the food court, then he sprinted toward the main exit, where the security office was located.

Mommy, Cindy and Bob headed together for the food court. “Can we get some lunch,” Bob whined, “I’m hungry. And thirsty. And I have to pee.”

Mom glared angrily at him, “Bob, we’ll have lunch after we find your sister. Quit your whining and look for Mindy.”

At the security office, Dad hurriedly explained the situation. The guards began rewinding the security tapes from the second floor, until they found Mindy, outside Earring World, talking to the kind stranger. Daddy watched as she went into Earring World, then came out and headed down the escalator. Another tape showed her eating a cookie at the food court, the stranger smiling and touching her arm, as he listened to her every word. As they got up and headed for the door, daddy felt the air go out of his lungs, as if he had just been punched. The camera from the parking lot showed the rest of the horrible story. As they watched Mindy being forced into the back seat of the stranger’s car, the security guards called the police. Fortunately, they had a clear view of the license plate as the car left the mall, so they gave the number to the state patrol.

Daddy quickly left the mall security office and headed to the food court to find the rest of the family. Without a word, he ushered them back to the security office, just as the first police officers arrived. Together, they all watched the tapes, of Mindy being led away from her family.

“I wish I had paid more attention to her,” thought Cindy.

“I wish she liked trains and tractors,” thought Bob.

By the time the last tape ran, mommy was sobbing into Daddy’s shoulder. As the scene of the car pulling out of the parking lot played, one of the officers received a call on his radio.

The car containing Mindy had been stopped, heading west on the interstate. Mindy was okay, although pretty frightened. She was in police custody, and would be returned shortly.

As the family headed home, everyone sat quietly. The reunion at the mall had been a tearful one, full of apologies and excuses. Everyone blamed himself for Mindy’s kidnapping.

Finally, Bob broke the silence. “Daddy, can we stop for ice cream?”

“No Bob. I think we’ll go home. We have had too much excitement for one day.” 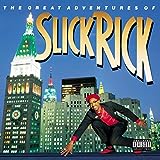