Classic Mystery Book Review: The Case Of The Buried Clock

Do you like American Literature of any particular era from the New Nation through to our new Race to Mars?

Since Fiction and futurist literature is much read in the US, but not completed accepted as Literature, although it should be so accepted and admired. Our past sci-fi writers are responsible for many inventions and advances, including communications satellites (ComSats), 3D printing, and some artificial organs.

Mysteries are also enjoyed by pockets of readers dedicated to the genre and such genre also deserves more respect. Some of the greatest mystery writers of America's 20th century have been former lawyers, judges, forensic experts, and similar..

Erle Stanley Gardner invented the original Innocence Project in the early 20th century, when it was known as The Court of Last Resort. Many wrongly convicted felons on Death Row were released via his efforts and those of his partners at Esquire Magazine. By the 1970s, college sociology and law school classes across America were adopting people to free from Death Row!

The Case of the Buried Clock

This is one of Gardner's most entertaining and intriguing books of the hundreds he wrote. These stories have been recreated on film for the cinema as well as for television series.

Collector's Edition of The Case of the Buried Clock, DVD 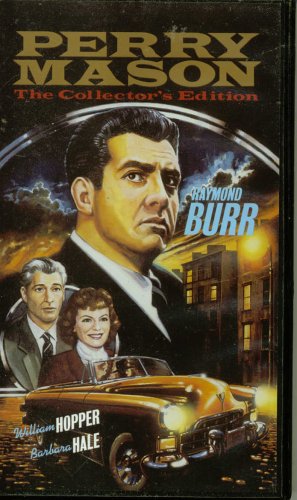 Perry Mason Collector's Edition (Cases of The Buried Clock and Petulant Partner)
This DVD contains two of the collectible Perry Mason mysteries made from the novels and stories of the attorney-turned-writer, Erle Stanley Gardner. Garner was also a box who always fought for his clients, especially lower income Chinese immigrants who were bullied by the white culture and law.
Buy Now

The story contained in this novel nearly matches the quality Gardner's best mystery: The Case of the Crooked Candle. Gardner wrote to produce entertainment and income, but these two books stand as classics of and greatest mystery stories of the world.

In The Case of the Buried Clock, is a case of intrigue and murder handed to Perry Mason, Los Angeles Area attorney.

Raymond is worn out from war and wants time to convalesce in the peaceful atmosphere of his old hometown. Invited to stay at the isolated cabin of family friends, he finds not a peaceful mountain hideaway, but his involvement in a murder mystery. Only Perry Mason and Private Detective Paul Drake can solve it.

Adele Blane is a wealthy and influential banker's daughter and her family owns the cabin.

It appears that Adele and Harley have been more than friendly over the years preceding WWII. On one notable day, Adele and Raymond drive up to the cabin to air it out after years of standing idle. She does some spring-cleaning, while Harley falls asleep under a tree outside. he does not rest for long.

Raymond awakens to hear a ticking clock several times. Not believing there can actually be a clock buried in the woods around him, Raymond moves to another location and falls fast asleep again.

Adele finally wakes her friend and he tells her about the strange ticking clock. He cannot get it out of his mind.

Raymond and Adele investigate, finding a clock buried in a shallow indentation at the location where Harley had first fallen asleep. The couple re-buries the clock, both seeming disturbed by it. They look up to see Jack Hardisty, Adele's brother-in-law, who works for her father at the bank.

Jack is not liked by the townspeople for many reasons. He is superficial and manipulative - an opportunist. Adele and Raymond hide in the bushes and see Jack remove a gardening spade from his car.

Hardisty catches a glimpse of Raymond and Adele and quickly discards the spade. Adele and Raymond make a mental note of the incident. Neither Adele nor Harley particularly enjoys Jack's company, so they leave him out on the grounds alone after a few brief words with him.

Jack Hardisty is discovered dead later, and police detectives look to one suspect in his murder - his wife, Mrs. Hardisty.

The wife was seen in the area of the cabin that day and had the motivation for murder. However, suspicious falls on Adele.

Adele's father feels he needs legal help of the first order and calls in the best help he can find - Perry Mason.

Mr. Blane is sure that his daughter is innocent and wants Perry to prove it. Mason hears of the mysterious buried clock and cannot resist the challenge of solving its mystery and its connection with Jack Hardisty.

Unfortunately, the clock was moved from its original burial site and nobody knows where it went.

Private secretary Della Street and Paul Drake join Perry Mason in the case. Using Harley Raymond as an inside man, they interview and investigate a cast of intriguing characters living in the mountains surrounding the Blane cabin. They find the missing clock, learn why it was buried and by whom in order to ultimately solve the case. For details, you will surely enjoy the book.

Erle Stanley Gardner during his lifetime was hailed as the most prolific mystery writer of all time. Gardner wrote 80 Perry Mason Mysteries alone and composed novels in additional mystery series. He also wrote hundreds of short stories under several pen names for the pulp mystery magazines, including "Black Mask." Delightfully, other authors have written about Gardner, Hammett and a few others from the pulps as a team of investigators called "The Black Mask Boys" in a series of novels.