Clytie and the Sunflowers 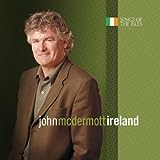 Believe Me (If All Those Endearing Young Charms)
Buy Now

Have you ever wondered about this?

The heart that has truly loved never forgets,

But truly loves unto the close,

As the sunflower turns on her god when he sets

The same look that she gave when he rose

- Thomas Moore, Believe Me, If All Those Endearing Young Charms

Moore’s source for this part of the song was taken from Greek mythology. Clytie, along with several thousand other nymphs known as the Oceanids, was the product of an incestuous relationship between the Titaness Tethys and Oceanus. Clytie’s unrequited love for the sun god caused her to pine away until she was changed into a flower which always turns its face towards the sun. For modern readers, the primary source of this myth is in Ovid’s Metamorphoses. 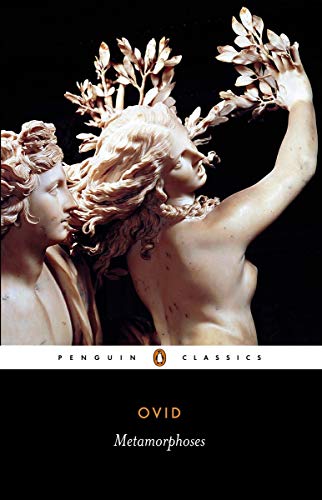 Unfortunately, Ovid being a Roman has also helped to garble the myth in some ways. In Book 4 of the Metamorphoses, the sun god (referred to only as “Hyperion’s son”, but who is obviously meant to be Apollo), after ratting out Venus/Aphrodite during one of her own escapades has a curse put on him. He falls head over heels in love with a sea goddess named Leucothea (sometimes spelled Leucothoe), to the point the he causes the sun to set and rise at abnormal times. He forgets about Clytie, his former love, and disguises himself as Eurynome, Leucothea’s mother, so he can have an opportunity for a tumble.

Clytie becomes furiously jealous and tells Orchamus, Leucothea’s father, that his daughter has been defiled. Orchamus buries Leucothea alive. Apollo, after vainly trying to bring her back to life, douses her grave in perfume so that she will evaporate with the rays of the sun and return to the heavens with him.

When she realizes that what she has done will not return Apollo to her, Clytie goes insane. For nine days, she sits with her gaze fixed on the sun until the gods take pity on her and turn her into a flower.

Thanks to Ovid and all the other Romans who plagiarized the Greek myths, there is a bit of a dispute about the god who led Clytie to her ruin. Eventually, it was narrowed down that despite the Metamorphoses as well as other versions of the story, Clytie’s love was not Apollo, but a god name Helios.

The mistake is forgivable because, for a long time, it was thought that Helios and Apollo were different names for the same god. The misunderstanding was largely caused by Euripides when he used the word “apollo” – contextually in another sense – when referring to Helios.

Helios, like Apollo, was referred to as the “sun god”. However, both Helios and Clytie were descended from the Titans, thus making their earlier romance more logical. Apollo was a god from Mount Olympus.

The mistaken identity, however, does make for a rather interesting – if inaccurate – connection: Clytie’s grandmother was Gaia, the earth goddess. Although it is not spelled out, it is to be assumed that it was Gaia who took pity on the deranged nymph and turned her into a flower. Gaia had previously been called upon to rescue Daphne during the famous scene when the latter is chased by Apollo. Gaia turned Daphne into a tree and ended her suffering, the same way she rescued Clytie when, according to Ovid, she was brought to grief by Apollo.

Largely due to Thomas Moore’s gorgeous poem, everyone thinks Clytie was turned into a sunflower. This is not possible, however, as sunflowers did not exist until the founding of the New World. In the Metamorphoses and in other earlier versions of the myth, Clytie is turned into a flower called a heliotrope. This flower typically produces purple blossoms and is unlike the sunflower in every way, except that both plants – like Clytie – turn their faces towards the sun.