Common Themes and Goals of Whitman, Williams, and Ginsberg

Poetry in America has taken many different forms, paths, and styles. One popular path is the one started in the mid-1800s by Walt Whitman, which was then continued by William Carlos Williams and carried on by Allen Ginsberg. This path has been based around making poetry easily accessible to the American public. Some common themes are everyday life, nature, and the American people. Most of Whitman, Williams, and Ginsberg’s poems are written informally in first person, with no rhyme scheme or formal structure. Overall, the unmistakably simple, honest style of all three poets shows their influence from one another and their effort to make poetry unpretentious. All of these characteristics assist in bringing poetry down from the upper classes that it usually seems to occupy and making it for and about the average American.

One major theme seen extensively in Whitman and Williams’ writing, and also somewhat in Ginsberg’s writing, is nature. Whitman went so far as to name his book Leaves of Grass. In this book, he published his most famous poem, “Song of Myself”, which is full of imagery of all kinds, including imagery about nature: “Earth of the slumbering and liquid trees! / Earth of departed sunset – earth of the mountains misty-topt! / Earth of the vitreous pour of the full moon just tinged with blue!” (Whitman 38). Similarly, Williams makes use of nature imagery in his poems, such as “Spring and All”: “Under the surge of the blue / mottled clouds driven from the / northeast – a cold wind. Beyond, the / waste of broad, muddy fields / brown with dried weeds” (Williams 781). Even Ginsberg uses some nature imagery, such as when he writes, “The trees add shade to shade,” in “A Supermarket in California” (Ginsberg 1364). These are just a few of many examples of the poets’ focus on nature.

Another main theme that all three authors stress is the lives of every day, average American people. Whitman’s “Song of Myself” is full of descriptions, imagery, and shout-outs to normal people. He describes common, working class scenes, such as, “The big doors of the country barn stand open and ready, / The dried grass of the harvest-time loads the slow-drawn wagon” (Whitman 29). Whitman’s long list of shout-outs to normal people include a carpenter, a pilot, a duck-shooter, a farmer, a printer, a conductor, a peddler, a prostitute, and many more (Whitman 32-33). Williams writes also poems about everyday scenes and situations, such as “The Red Wheelbarrow” and “This Is Just to Say”. These simple poems are about nothing more than a simple red wheelbarrow sitting in the rain and someone eating another person’s plums out of the icebox (Williams 784-785). In “A Supermarket in California”, Ginsberg writes about the simple act of going to the grocery store (Ginsberg 1364). These poems, all about very simple things or common people, appeal to the average American who can relate to the poems, which is what all three authors were trying to accomplish.

In addition to similar themes, it is easy to see how the styles of the poets were inspired by one another. Whitman rejected the idea that poems needed to be organized using strict and fancy rules, so instead he wrote in free verse. He had no set rhyme scheme, stanza rules, or meters. He wrote in a way that flowed with unique rhythm and expressive word choice. Also, instead of using showy poetic devices, he used simpler, easier to interpret ones such s repetition, which can be seen extensively in “Song of Myself”: “In vain the speeding or shyness, / In vain the plutonic rocks send their old heat against my approach, / In vain the mastodon retreats beneath its own powder’d bones” (Whitman 45). Like Whitman, Williams also denounced fancy poetic devices and focused a lot on simple, flowing rhythm that comes naturally in everyday speech. While he did sometimes use more structured stanzas, he had no rhyme scheme and used little to no punctuation, which can be seen in poems such as “The Red Wheelbarrow”: “So much depends / upon / a red wheel / barrow / glazed with rain / water / beside the white / chickens” (Williams 784). In finding inspiration from the first two poets, Ginsberg also refused to use elaborate poetic devices. Rather, he focused on rhythm and repetition, much like Whitman. This is especially exhibited in Ginsberg’s poem “Howl”, which is very similar in structure and style to Whitman’s “Song of Myself”, showing obvious influence: “Who passed through universities… / who were expelled from the academies… / who cowered in unshaven rooms… / who got busted in public…” (Ginsberg 1356-1357). If the extremely similar style is not enough, Ginsberg even explicitly names Whitman in “A Supermarket in California”: “Where are we going, Walt Whitman?” (Ginsberg 1364). When examining the poems of the three men, it is easy to see the similar simplistic and easy-to-read style that they all possess.

From the nature and everyday scene imagery, to the acknowledgement of average people, to the uncomplicated writing style, it becomes obvious when reading the poems of Whitman, Williams, and Ginsberg that the later two were influenced and inspired by the path that Whitman began, and that Ginsberg looked to both the older authors for inspiration as well. All three had a similar goal – to create poetry that the average American can relate to and enjoy. Based on the ongoing popularity of the poems of all three men still today, I would say that they succeeded in their mission. 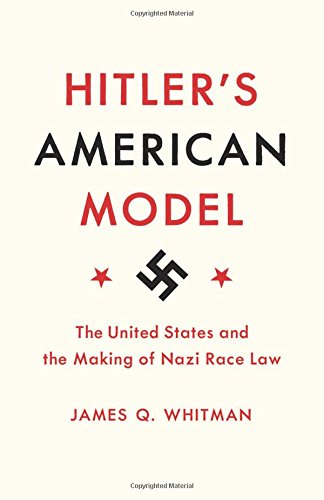