CONFESSIONS OF A SURLY BARBER: What Is A Barber? By Mara Stewart: A Book Review

What Is A Barber?

What is a barber? This book answers that question and many more.

This book is a small easy-read book of 108 pages, stuffed with good information about Barbering. It includes advice on how to get (or not to get) a good haircut.

Mara Stewart's barbering career has spanned 25 years. She attended barber school at the tender age of 16 in 1980. She has worked her craft in many barber shops. She also was a barber school instructor at Roffler School of Hair Design. Mara has owned and operated several barber shops. She is presently an owner of her Barber Shop.

After dealing with the public for all those years, she has found herself becoming "surly" at times. She writes with wit, yet manages to get her point across when she gives advice on how to get a good haircut.

Ellen Lyons Harris has been drawing since she could hold a pencil. She has been a freelance artist for over twenty years and her work includes portraits, logos, and label design. She has filled this book with many illustrations that make the book come to life.

Confessions of a Surly Barber: Increasing the Odds of Getting a Great Haircut
Buy Now

One of the aims the Author has in writing this book is to raise awareness, and help to preserve the role of the traditional barber as a respected tradesman in our society. She would like the public to know the difference between a barber and a cosmetologist. Each of these professionals has their own field of expertise.

This book is also written to help the customer increase their odds of getting the haircut and service they want, and to have a more pleasant experience at the barber shop or salon. The author admits this book is her rant. It is her personal “confessions” of the situations that make her “surly”. It is about all the little things she has always wanted to say to the customer, but didn't, for fear of hurting their feelings.

She says that at times this book may sound as though she dislikes barbering, but it is quite the opposite. The book is also meant to help barbers make their customers aware of certain situations so their barber can enjoy their work more, and go home at the end of the day happy instead of being physically and mentally worn out.

Haircuts And The Tools Of The Trade

An Education in Haircuts and the Tools That Are Used:

Mara says the art of hair-cutting is built on the principle of geometry. She goes into the types of haircuts: Basic, Traditional, and Fad. Most grown men prefer a Traditional haircut (or regular). This hair is cut above the ears, above the collar, and blended in together. Young men who like their hair longer have a “layer cut”, or a “scissor cut”. There are some men who like a “buzz cut” or a “flat top”.

The History Of Barbering

The History of Barbering:

Many people are unaware that barbers were once surgeons and dentists, and clergymen. The traditional barber pole is a symbol that comes from the bloody bandages blowing in the wind.

Barbering is becoming a lost art. There are fewer and fewer barber schools now. The first barber school was established in 1893 by A. B. Moler of Chicago. If a person wants to become a barber today, they have to attend a School of Cosmetology, where they learn all the cosmetology services in addition to barbering. They learn permanent waves, hair coloring, and rolling the hair. Over the years, there have been more women becoming barbers, where in the past, only men were barbers.

Suggestions On How To Get A Good Haircut

There are situations that tend to make a barber “surly”. If a barber likes you, and is comfortable working on you, they will look forward to you coming back time after time. Mara says that when she has a person in her chair and they sit crooked, or won’t hold still, she tries to correct them. Sometimes they become offended, and they shouldn't. It is not possible to give a good haircut when the customer sits cross-legged. The body tends to lean to one side, and one shoulder is lower than the other. She says that it seems to be a natural instinct for the customer to lean their head away from the barber. The head has to be held perfectly straight unless the barber gently pushes it the way they want the head.

Mara’s Pet Peeves As A Barber:

Don’t change your mind after telling the barber the hair cut you want. It may be too late!

Don’t run your fingers through your hair. Wait until the hair cut is finished and THEN you can check it with your fingers.

Don’t chew gum. Your ears go up and down!

Don’t ask your barber to decide what kind of haircut you want.

Don’t expect your barber to remember the exact cut you got the last time you came in.

Don’t tell your barber which tools to use on your hair.

Don’t come in with dirty or greasy hair.

Don’t cut your own hair, mess it up, and expect a miracle from your barber.

Don’t talk on your cell phone.

Don’t come in for a haircut if you are ill: bad cold, flu, etc.

Mara devotes one chapter on young children getting haircuts. Children are naturally afraid of a barber. They hear the word “cut”, and they want no part of it. She recommends having the child go with the Father, and watch his hair being cut before it’s time for the little one to have a haircut. It takes a lot of patience on the part of the barber, and chances are the first haircut is not going to be perfect. Mara feels that one of the parents should hold the child in their lap for the first few times they get a haircut.

Head lice tend to be a problem mostly in the preschool and elementary schools. They are not caused by dirty heads; on the contrary, they prefer clean hair. Head Lice are transferred from person to person on hair brushes, combs, hats, clothes, and direct contact. If you suspect your child has head lice, DO NOT bring them in for a haircut. By law, the barber is not allowed to cut hair if they suspect head lice. There are several treatments available for head lice, and can be found in drug stores.

My Opinion On This Book

This book was written by a seasoned barber who has a lot of wit, and can see humor in her work. Mara says that sometimes barbering is a trying occupation, but, for the most part , it is a very rewarding job. The book is very enjoyable, and light-hearted. Since we all have to have our hair cut, the reader will get a better haircut after reading "CONFESSIONS OF A SURLY BARBER" 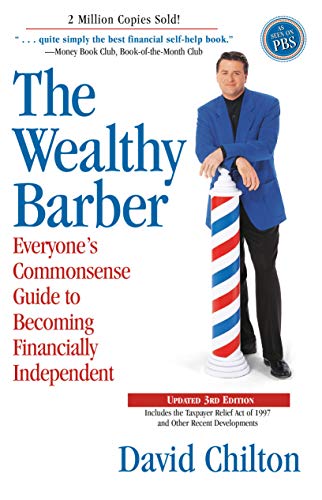 The New Wave Of Barbershops

A Great Hub On Barbering