Crazy Cemetery Stories - Won't You Be My Neighbor?

Time for lucky number seven in my wacky series based on my years as a cemetery office manager. For this set of stories, I venture outward a bit into the neighborhood. By now you know that within the gates there have been all sorts of odd folks, living and deceased, plus some head-scratching and side-splitting events. Well folks, why keep all the fun locked inside? Turns out the neighbors can be loads of fun too!

Is That You, Lord?

This story was shared with me by a woman who lived in the neighborhood immediately next to the cemetery.

New to the neighborhood, this neighbor was still getting used to the routine sights and sounds that become so commonplace that after a while you no longer notice them. Among these was the tolling of the cemetery bell tower. She could hear the various tolls and chimes as she enjoyed her yard on a nice day. She enjoyed them and quickly grew accustomed to them. They were set to a rather low volume and did not chime terribly early or late and she thought it added quite a nice touch to the neighborhood.

One Sunday morning, she was awoken by the chimes. This was out of the ordinary because she was so used to them that she had no trouble sleeping through them. On this particular morning they were louder than usual. They also seemed to playing a rather lengthly hymn. Then they stopped. And she heard a voice! “He has Risen!” She sat up in shock. Who on earth, or above it, was that?! The voice continued to speak! And then it dawned on her. This was a sermon and that was the voice of a minister. And then she had her second epiphany. It was Easter morning. She was hearing an Easter Service broadcast over the bell tower.

After she realized what she was hearing, our neighbor settled herself back in bed, and listened to the remainder of the service. Her nerves much calmer once she realized that the voice was being broadcast over the graves, not coming from or high above them!

Every Easter Sunday, since around 1940, the cemetery holds an Easter Service beginning at 7 am. It can be heard throughout the grounds so that families can gather at their loved ones’ resting places or their favorite spot in the cemetery to listen. Now each Easter Sunday she enjoys the hymns and sermon. And has a little chuckle over her first Easter in the neighborhood when she was jolted out of bed by the voice of well, you know who.

“Dana, it’s Becky.” Oh no. Calls from staff members out ion the grounds attending services were almost never good. What could she possibly want? “You need to call the cops.” That was undoubtedly worse than anything I could have imagined her needing. And why do you suppose the police were to be summoned? Well becuase the neighbors across the street were arguing and they could hear it at the graveside service.

This is really an emergency? I am sure she could sense my hesitation because she promptly began to summarize what it was that was being yelled at ear splitting volume. I will spare you the details and only say that there were vulgarities of the like that make even this girl cringe a bit. Oh, and death threats. She also was pretty sure at least one item had been thrown. So, burial service disruption or not, it seemed like a call to the boys in blue was in order.

I quickly made a phone call to the authorities, insisting that they come right away. And was met with the same hesitation I had shown. Rushing over to quiet disruptive neighbors did not seem like a priority that day. I then gave the details of the quarrel in all their shocking glory. Unedited of course. That did the trick. She assured me an officer would be dispatched right away.

All that was needed now was for me to give her the address. I did not know it. I might drive by those houses every day, but I surely did not memorize the street numbers as I passed. She decided she would settle for the color of the house. I wasn’t sure. I never asked Becky exactly which house it was. There are only about four on that stretch. Just when she was about to ask me for another identifier, I not so politely said something to the effect of “It’s the house across from us with the screaming couple out front! I think he will be able to find them!” She assured me someone was on thier way.

The police quickly arrived. At that point I realized I had a partial view of the house from one of the office windows, so of course I watched what transpired. You know, just to be sure everything was ok. The couple was brought into the house where I assume a very calm and rational conversation took place. Because obviously calm and rational is how these two operated. There were at least no shots fired and that is always a good thing. I was interrupted by my work (always hated when that happened), so I did not see if anyone accompanied the officer back to the police car. I do know he was in there much longer than it takes to say “Sir. Ma’am. Can you please keep it down.”

As serious as any possibility of domestic violence is, we still found humor in that day as we always tried to do. Can you imagine being up at that graveside as the minister’s sermon was peppered with profanity? I certainly hope little Billy’s mother covered his ears! If not, she might have had quite a bit of explaining to do on the drive home. Not the sort of vocabulary lesson you would expect after grandpa’s funeral! 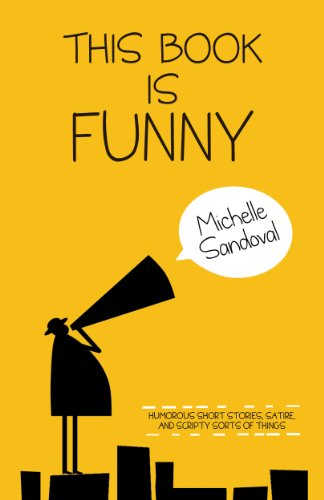