When readers pick up a book, they are looking for an emotional experience. They are more likely to talk about the book with friends if you deliver that experience to them. A well-developed character is one of the tools that will urge your readers to discuss your story.

The first dimension is how others would view your character. For instance, does your character have long, curly, red hair? Is she stylish or a bit of a slob? Does she excessively roll her eyes or sigh when others annoy her? Imagine you were sitting across the room from your character and make notes about how she would appear and what mannerisms she would exhibit.

The second dimension is the backstory of your character. Where does she come from? What type of history does she have with her family? What traumatic events have colored her past and influence her today? If she has low confidence, what event from her past may have contributed to it?

If your character devotes most of his or her spare time or money to a certain cause, such as curing cancer, what event in his or her past created the passion? Are they a cancer survivor? Did they lose a family member to cancer? Readers are more likely to understand a character's actions, desires, etc. and connect with the character if they know a little about the stories behind the actions.

The third dimension involves the way your characters respond to situations. When your character finds out she is being laid off, does she cry or pick up a chair and throw it out a window? How would she respond if another driver cut her off? How does she generally behave and view the world?

Knowing the third dimension of a character is important because if a character was too shy to speak up in a meeting with 20 other people, it would not be believable that he or she gave a speech to an audience of 1,000 people later in the story (unless the story was about her overcoming her fear of public speaking). Readers will notice if a character's actions are contradictory.

Which Characters to Develop

While it is important to develop your main characters, do not waste precious time developing minor characters. Readers are not interested in knowing that your character’s bartender’s second grade teacher humiliated him (the bartender) in front of the entire school. Assuming, of course, the bartender does not play a major role in your story.

Each of the characters that play a major role in your story deserve to be properly developed. If you try to take a shortcut, a character may not be believable. As a result, readers will be distracted from the story. It is worth the extra time to develop all major characters.

So what is the best process to develop characters? Every writer is different and what works for one writer may not work for another. I have found it easiest to create a spreadsheet for each character (saved within the same workbook, for easy navigation). I have broken the spreadsheet up into different categories such as physical description, motivation, behavior/personality, family, and favorites. Each category has several items. For instance, the physical description category includes items such as age, gender, eye color, weight, and height.

I set aside a chunk of time for each character and imagine I am interviewing him or her. If I am unable to fill in all items during the interview, I leave blanks. What is important is that I walk away with a great understanding of who my characters are. I can always fill in blanks later if information surfaces throughout the story.

Try Not to Overwhelm Readers

Once you know your characters inside and out, it is important to remember that you do not need to divulge their entire profile to your readers. Readers become bored and confused with too many details. If you provide a detail, ensure it is important to the story.

The purpose of the character development exercise is for you to get to know your characters so well that they come alive in your story. Ideally, a well-developed character will essentially help you write the story.

When writing a novel a writer should create living people; people, not characters. A character is a caricature.
—Ernest Hemingway

Whether a character in your novel is full of choler, bile, phlegm, blood or plain old buffalo chips, the fire of life is in there, too, as long as that character lives.

If you're writing about a character, if he's a powerful character, unless you give him vulnerability I don't think he'll be as interesting to the reader.

Before I write down one word, I have to have the character in my mind through and through. I must penetrate into the last wrinkle of his soul.

Find out what your hero or heroine wants, and when he or she wakes up in the morning, just follow him or her all day.
—Ray Bradbury 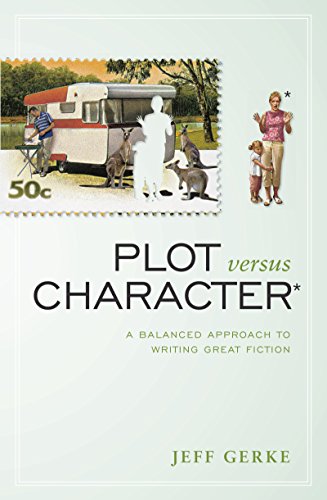