Diego’s Adventure with T-Rex the Thinker

Once it started to rain, the wind howls, the thunder shouts and lightning streaks its flashy fire and the Earth was weeping continuously making the road outside the house covered with snow. The whole atmosphere was cold and gloomy making everyone sleepy and weary. Diego sat down near the window pane, legs crossed and eyes gazed far beyond the dark clouds, his head full of Dinosaurs and animation. Ever since he watched “Jurassic Park”, Dinosaurs stick like bubblegum in his head. He became so enamoured with these creatures that he asked his Mommy to buy him some Dinosaur toys.

Holding his little tiny hands to his T-Rex, Diego gazed his eyes above and prayed a silent prayer that somehow Dinosaurs were alive on this cold hour and that they could play with him all day long. He had fallen asleep with that thought and the Angels took pity on his plea. They sprinkled some love and magic and let the curious boy wander back through the Dinosaurs’ Age.

When Diego woke up, he was amazed for the place was strange, far from the comfort of his cosy and warm bed. The rocks were big, the soil was brown and fertile, there’s a river that extends to the wide, deep blue sea, nearby there is a coastal forested swamps and as far as his eyes could see, everything was covered in rich evergreens.

Diego had no idea what that place is called. He walked and let his mind wandered. He caught sight of a Giant Baobab Tree and he remembered that those trees grow only in the wild jungle of Africa. He rested under the cloaked of the Rainforest Canopy and from where he is, he saw butterflies flying around in pink and blue, a spider monkey with its golden fur happily swinging in the branches and above were flying Toucans with its proud handsome blue beak. He also took notice of the short flat brownish sloth digging under the ground, the cunning treacherous beautiful poison arrow frog quenching its thirst on the nearby pond.

“Everything was perfect” he thought. “But where are the Dinosaurs?” he asked.

The boy was about to stand and find the owner of that strange voice when suddenly, the Earth trembled, and he heard a large thud of footsteps that interrupted the serene calmness of the Rainforest. Lo and behold, Diego saw with his two big blue eyes wide open, T-REX his favourite dinosaur came to life.

“Come and join me and I will show you our kingdom!” said T-Rex.

Diego was surprised and speechless; his tiny hands were cold and shaking. He felt his body stiffened when T-Rex approached him and extends his tiny arms.

And who wouldn’t be, T-Rex is a proud dinosaur who walked with two powerful legs, whose huge head is made even more prominent by his large, pointed teeth and burly jaws and whose bird like feet consist of three large toes fully equipped with claws.

Mustering his courage, the poor young boy stood up.

“Aren’t you going to eat me?” a trembling voice finally was heard.

“No, I’m your friend and I will guide you while you’re here.” T-Rex replied.

And so the young boy, whose footstep couldn’t even make a sound, walked along with T-Rex and begins their journey to the deeps of the Wilderness. Off they go wandering through Blue Mountains and Streams, passing through strangler figs, bromeliads, stilt roots and orchids, vines and large trees.

Along the way, while they passed through a swamp, Diego met the Spinosaurus who was busy strangling a large fish with its sharp claws and teeth.

Diego observed that the Spinosaurus, like T-Rex has a large head with sharp, straight, non-serrated teeth in powerful crocodile-like jaws, with arms smaller than her legs and who possessed neutral spines forming a sail.

He also noticed several insects on the swamp; there was a northern white cedar, a wood duck, a green frog, spring peepers, wood turtle and a mosquito which bit his arms hurtfully.

Diego begin to feel exhausted, his shirt wet with sweats and his back aching from the scorching sun, he asked T-Rex if they could just take a respite and sleep. T-Rex delightfully agreed with the little boy’s request.

T-Rex made a mat of thick green leaves for Diego and while Diego was sound asleep, T-Rex walked swiftly and heads towards his next hunt which could be a duck, lizards or duck-billed dinosaurs.

It was already morning, and the Sun’s ray dries up Diego’s shirt. Diego woke up feeling refreshed and his stomach rumbling in circles. He goes around and finds if there’s something he could eat to fill the void in his tummy.

Not far from where he rested, Diego could see lots of wild cherries, figs, oranges, grapefruits, bananas, guavas and mangoes. Diego grab a bamboo stick and began to pick some fruits to eat.

While Diego was savouring the succulent taste of the fruits, T-Rex came back and brought along some chickens and handed it to Diego.

“Here’s my share of cup for you. Eat it so you won’t get weak for our next journey.” T-Rex said.

Diego graciously thanked T-Rex. He realized T-Rex was not actually mean at all. T-Rex preyed on other animals because it’s the only way for him to survive.

“In my kingdom, we don’t eat raw food. What we do with chicken, we cooked them in different ways. But since I’m here in the forest with you, I’ll see if I can find a stone to make a fire and so I can eat the chicken wholeheartedly” said Diego.

“I can help you with that!” said T-Rex and handed Diego a rock that he crushed with his claws which divided it into pieces, equally proportioned to the size of Diego’s palm.

While Diego was making a fire, he engaged T-Rex in a conversation.

“How’s your arm? They looked so tiny and fragile it could hurt you bad.”

“I was just concerned because I’m your friend. In my place, if you have tiny irregular arms and big head, people will spite you”

“What a terrible thing! Here all we care is survival” said T-Rex.

Sensing something was approaching, T-Rex positioned himself in a defensive reflex and covered Diego with his huge body.

“Hurry up! There will be some pack of action coming.”

Apparently, the tumult was brought by a Parasaurolophus, a duck billed dinosaur and one of T-Rex favourite meal. The Parasaurolophus has an extremely long, backwards-leaning, hollow bony crest bigger than the rest of its head, and has a rough textured skin, a beak like a ladle and a spiky tail.

Diego watched as the two creatures dance in the ceremony of death. His face was filled with horror as T-Rex attack the Parasaurolophus with his claws and gnaws him with his powerful sharp teeth and burly jaws. The poor creature lay helpless, his lifeless body covering the soil in red.

T-Rex then said. “In life, when you meet someone, he could take the face of an enemy or a friend.”

“You’re lucky Diego! You have choices, use it wisely”

“Wow, you’re smarter than a 5th grader, T-Rex” Diego said teasingly. “I’ll surely think of that when I get back home”.

From there, they have walked like two old friends, laughing and talking about life in the Dinosaur world and on the modern world where Diego belongs. They have talked about dating, war and family. Their journey stretched far beyond the Safari.

It seemed like eternity, Diego has thought since he left home. He missed the warmth of his bed, the noise of his dog, the scolding of his mum and the laughter of his friends. The leaves turned yellow and grey; some were reds and were falling on Earth. Diego felt a tinge of sadness and longing. He had journeyed this far and get to know his favourite Dino but his heart is aching.

“There’s no place like home. Only when you’re not there anymore that you feel how important it is to be at home” said T-Rex.

“Diego, I think it’s time for you to go back to your kingdom.”

“Thank you for your kindness and wisdom T-Rex” “But I don’t know the way out” replied Diego.

“Just follow the light, listen to your inner voice and trust your heart” advised T-Rex.

Diego knelt down, bowed his head, hold his hands and began to pray.

The Gods were pleased and delighted with the boy’s pure heart. They granted his wishes, swirl the magic wand and bring the boy’s memory back home.

It was still dawn, around 5 am when Diego woke up from his slumber. He felt his throat dried up and so he went directly to the kitchen. There he drink a full glass of fresh milk from the freezer and sat at the long round table where his mum was busy preparing for their breakfast, a pancake and honey pudding filled with some cherries and cream.

“Hi, honey! What strange incident brought you here so early?” asked her mummy.

“I just had a very pleasant dream about Dino and T-Rex and life” said Diego excitedly.

“Did you know Mum that I’ve actually talked with T-Rex and we became close friends?”

“Oh, my dear son, you must be enchanted with Dinos, that you started dreaming about them” said her mommy. “Maybe we can talk about that during breakfast but for now, go back to your room and fix your bed” instructed his mum.

Obediently Diego went back to his room, fix his bed, clean the toys with care and cuddled the cute white curly haired poodle on his lap.

A couple of minutes later, his mum knocked at the door and signalled that breakfast is ready.

The air was filled with the aroma of the hot chocolate, the sweetness of the pudding and the inviting taste of the pancake. Everyone was there on that fine morning.

While everyone was enjoying their meal, Diego began to talk about his dreams.

First, he said that we humans tend to complicate our lives with little things like watching other’s fault or deformities instead of focusing on the substantial aspect of our lives.

Second, a guest can be either an enemy or a friend and that we have the will to choose the outcome of the situation unlike T-Rex who doesn’t have a choice.

Third, when the going gets tough, the tough gets going.

Fourth, all actions are made for survival. Whether you are in the jungle or at home, the mind and the body will work to survive.

Fifth, the mind is powerful it can leads us to many uncharted paths and that dreams do come true if we hold them dearly to our heart.

When Diego was finished talking, everybody in the family was surprised how one night changed the face of the young boy, how one obsession turned into something valuable and how he was able to speak eloquently and contemplatively.

The words that were spoken came like a fire burning in each other’s heart. The ones filled with laughter were replaced with a deafening silence. Each member of the family paused and pondered, the one’s sweet pudding tasted bland compared to the wisdom that was shared.

Everyone nodded in unison and clapped, the poodle wags his tail in agreement and his parents hugged him tight for here was a treasure more valuable than gold, here was wisdom stronger than eternity. 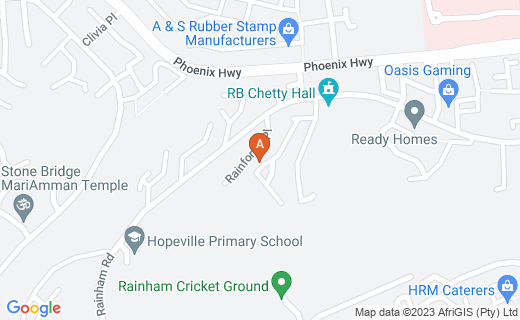