After Sam checked out the explosion, he asked Kitty, "Are you frightened?"

"Sure in Northern Ireland they're explosions all the time."

"What do you do for a living, Kitty?"

"I just finished college at the University College of Dublin in social sciences. I thought I'd come over to help a wee bit, especially after me brother was just over here raisin' funds."

"Raising funds for what?"

"The IRA. In fact it was he who said I should come over here in the first place. We Irish sympathize with the American Indian cause. You lads want your land and language. So did we. We got ours back startin' in 1921. Here it is 1973 already and you still don't have your Black Hills."

"Kitty, we still have remnants of our languages, but true enough many tribes don't have their original lands back. The Lakotas want their Black Hills that were taken from them in violation of the Treaty of Fort Laramie back in 1868! I guess there is a bit of similarity between the Irish and us. Our gripe right now is with President Nixon who has nixed social and health programs allocated by the Johnson Administration. A new medical center was built under LBJ but along comes Nixon who nixed funding for staffing the medical center. Our people have one of the highest infant mortality rates in USA. Our children have the highest rate of glaucoma in the nation--if it isn't detected early enough, they suffer blindness. Wounded Knee was seized as a protest! They say a new flag is flying over four square miles of territory with the colors of the sacred four directions--red, yellow, black and white. I hope I can see that flag."

Sam wanted to gather some firewood to keep warm in this small ravine while waiting for the dark of night. He told her to stay put and ambled carefully in searchof fuel. A pair of hawks sailed overhead in silence. He could see the configuration of their spread feathers with a touch of rust at their tips. The two birds reminded him of Vespucci and himself and all the walks they had taken during his year and a half in the southern Idaho desert. Vespucci was the only human being at Parkman State. The rest seemed to be roosting culture vultures devouring the dead meat of American history. He was more interested in eagles than vultures, because eagles could sail beyond the bounds of humanity.

Tony Vespucci suggested to Sam that in order to understand his enemy he should read Francis Parkman. Sam picked up a copy of the Parkman Reader at the campus bookshop, only to be greeted by a faculty member who said he was happy Sam finally saw the light of day by buying a copy of a very fine book. Sam read about a Huron medicine man and could hardly believe his eyes: "The Indian doctor was a conjurer, and his remedies were to the last degree preposterous, ridiculous, or revolting."

Why is it, then, he thought, that moden day pyschologists are going to the Navajo Reservation to study under medicine men? Yale psychologists at that! But, as Vespucci said, Parkman State culture vultures are still back in the nineteenth century. No wonder some joking faculty members asked Sam if he taught with a rattle and gourd!

Sam, by now had an armload of twigs and sticks and sun-bleached pine branches and dumped them on the ground where Kitty lay, until then, in a sound sleep. He wondered what color her hair was under that parka hood. Her Irish tricolors fluttered in a sharp South Dakota wind. It would be something for a Shoshone and an Irish sister to hoof into Wonded Knee together with supplies enough for all, fotr a few days anyway.

Their campfire crackled in a late afternoon sun as Kitty crawled out of her sleeping bag. Pine trees scented the sharp air as they chatted about their past.

"I grew up in County Armagh, near the border of the Irish Free State in a town callecd Crossmaglen. We fly the tricolors there even though it's part of U.K. Ulster. In fact, some of the IRA lads place tricolors atop telephone poles and booby trap them as they climb back down. No proud English soldier dare climb up to drap the flag down. We women harass the Brits as much as we can. At nighttime once, we set up a tape recorder outside the British barracks and played a rebel song:

Not far far away

I'll tell you a story

That happened one day

About a young colleen,

Her age was sixteen,

And she sported her colors

By chance came that way.

He spied the young maiden

With colors so gay.

He rode alongside her

Jumped down from his machine

All determined to capture

The flag of Sinn Fein.

You'll not get these colors

Until I am dead.

I'll fight by the glenside

It's plain to be seen,

And I'll die for these colors

Turned pale as the snow

And started to go

Saying what is the use

When a maid of sixteen

Would lay down her life

For the white, orange and green."

"That's what we played to those Brits," said she to Sam with tears in her eyes.

This story is a modified version of Chapter XI of my first novel, Clearing of the Mist (1979, reprinted 2000). Readers interested in knowing more about the American Indian Movement should read Dennis Banks recent book Ojibwa Warrior (2005). 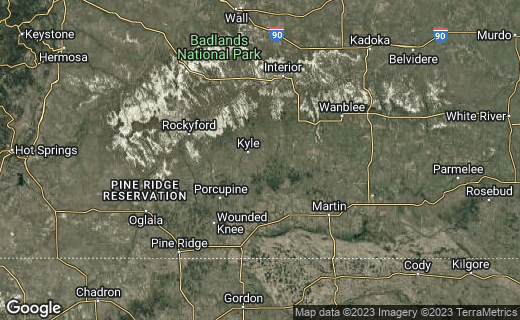 Have you ever read Bury My Heart at Wounded Knee?