How’s That for an Attention-grabbing Title?

If the article comes close to the title for impact then I’ll go viral with this one, and as everyone knows, viral means instant success and fame, right?

So, how’s your writing career coming along? Have you reached your goals yet, or are you floundering like some beached beluga?

Some of you are just looking for some supplemental income. Others are looking to write the next great world-acclaimed novel. You’re pounding away at the keyboard day after day and not making the kind of progress you think you should. Doubts are starting to creep in. You are beginning to think a part-time job at Jiffy Lube sounds pretty good right about now. In the words of Dr. Phil: “How’s that working for ya?”

I understand. I don’t have much sympathy but I do understand. And because I do “get it,” I’m going to toss a few thoughts your way. The thing about lists is they are completely subjective. My list of “ways to improve your writing career” may or may not match a list you would make, but that’s really the fun of it. The water-cooler debates can start up immediately. You can mumble to yourself that I’m an idiot, which will make you feel better about yourself, and we all go away happy and over-flowing with excess ego.

So let’s begin. We start with the assumption that your career as a writer is on life-support. How can you fix it before “they” start digging your six-foot hole? 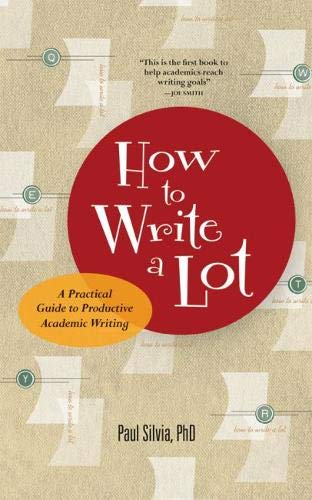 How to Write a Lot: A Practical Guide to Productive Academic Writing (First Edition, 2017)
Buy Now

Do I really need to expound on this? Well I will anyway, because I consider this to be the number one failing of writers who give up and start scouring the want ads. They just don’t understand the language.

Listen, it would take me five minutes to teach you how to compose a proper sentence, but proper doesn’t mean interesting. I could teach you in five minutes how to use punctuation, but that won’t make you a good writer. Language is more than rules. Writing is more than the application of those rules.

I don’t like whining, so if you’re an excuse-maker, keep on moving.

Life is tough. I get it. And my response to you is so what?

But I never get any comments! But I’ve received 2,217 rejections on my novel! But I have kids and I can’t find the time to write! But I can’t find a good-paying writing gig!

Now can we move on?

I’m a big believer in the 10,000 Hour Rule. I believe writing is a craft, and I believe one has to work at a craft to become proficient at it. I’m not at ten-thousand hours yet; thus, I don’t expect success until I hit that mark. Sure it’s possible to make some supplemental income from writing after a few months, but if you want to really be successful, and really make some decent money at writing, then you have to pay your dues and put in the time.

If your goal is to make money as a writer (and I happen to think this is a stupid goal) then you are running a business, and I don’t know of any business that exists for an extended period of time without marketing.

Marketing is the promotion of your product, and a writer’s product is his/her writing. It really is as simple as that. You can be the next Steinbeck but if no one reads your words, you’ll just be the next poor Steinbeck.

Figure those things out and you just might reach your goal, but I still think it’s a stupid goal. Writing should be about writing and not making money at writing. Improve your craft and the money will follow. Kind of like the movie “Field of Dreams.” “Build it and they will come!

Anyone? Anyone? Ferris? Ferris Bueller?

I have a writer friend on the site HubPages. Her name is Deb.

But so do a lot of people, right? I have no idea how many writers are out there who write about birds, but I’ll bet there are a lot of them. Same thing with bird photographers….quite a few. Deb saw the same problems I saw. How was she going to find a creative way to combine all of her loves and actually make some money at it?

She started writing about a local lake in Oklahoma…Boomer Lake. She went to the lake weekly, took pictures of the local species, wrote interesting facts about them, and called the article “Life at Boomer Lake.” She wrote that series for months and months and months, and when she was ready, she approached her local newspaper. Lo and behold, she sold her series to the newspaper….and then she did the same thing at another lake in another part of the state, and sold that series.

In other words, Deb got creative! 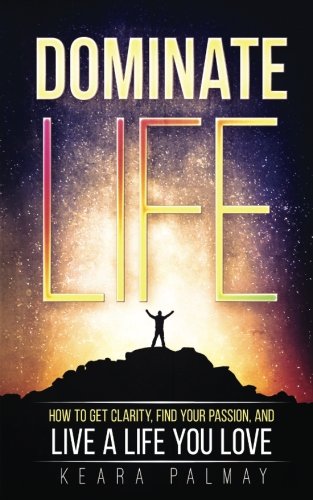 Dominate Life: How to Get Clarity, Find Your Passion, and Live a Life You Love
Buy Now

At one time I was a teacher. I achieved some national recognition at it, and I mention that only because I want to illustrate a point. I loved teaching. I loved working with kids. I often told my friends and peers that I would have taught for no money at all because for me, teaching was a passion. It fed my soul, and I think that attitude was one of the reasons I was so good at teaching. I loved it, and my love showed through in my work within the classroom.

If you are a writer, do you love writing? That may seem like a ridiculous question but I don’t think it is. I don’t think all writers love what they are doing, and I think it shows in their work. To be good at this writing gig….to really be outstanding….you have to have a love affair with the craft.

And if you have a love affair with writing, then making money just doesn’t matter.

Have you ever seen the Bill Murray movie “Meatballs?” A rag tag group of kids competes in a camp sporting event, and that’s their cheer….IT JUST DOESN’T MATTER!....whether they win or lose, because for them, the fun was in the competition, and just competing was the reward.

There really are very few in this world who can do what we do. Yes, there are millions of writers, but compared to the latest population total of 7.2 billion, millions is a drop in the bucket. Do you understand how lucky you are to be able to write? To follow your dreams? To do something you love doing?

Money can never be the fuel that propels your writing career. The love of writing must do that and if it doesn’t, it will show in your product.

Well I had fun and I hope you did as well. Agree? Disagree? More to add to the list? I’m all ears and eager to hear from you.

No matter what you think of this article, I want you to at least consider the very last sentence…..the love of writing must do that and if it doesn’t, it will show in your product.

Love what you do!

And I hope, tomorrow, your writing doesn’t suck!