Stella writes poems and short stories and has published a selection of these on HubPages.

I Stole Your Locks Away

Locked Away - a Letter of Explanation to a Lover

OK, so I owe you an explanation and yes I suppose I should have consulted you first. Would you have agreed to it anyway? I doubt it. I was just so desperate. Disloyal? Me? No, it was because I wanted you - silly! How did I do it? It was all down to your hair.

You see it was your hair from the very start that attracted me to you more than I ever realised. I can’t help it - men with long hair - just something I can’t explain. I’d have made the perfect Mary Magdalene, I guess. Well, there was something else; not just the long hair. It had to do with your positive character traits too and those warm brown eyes I could have drowned in; the way you smiled and that slight stutter. Who knows what first triggers love?

One thing that makes a difference to me; when people have their hair cut, it changes my perception of them whether I’m in love with them or not. I don’t know why. Nuts really. What would a shrink say to that? I do still like you with short hair but well it’s not quite the same. A hairstyle can mean a whole lot more to some than just a fashion statement.

Anyway, I did something naughty once sometime before they locked you away - I stole a lock of your hair when you were sleeping. I secreted it away in my memory box. Apart from the photos, it’s all I have now to remind me of you. Proof that you still exist, I suppose.

‘Victoria, you must try to find love elsewhere,’ father said. ‘There’s nothing you can do. Come and help me at the facility; it will take your mind off things.’

At least I could visit but political prisoners stay where they are and there was no sign of a change in policy or a new regime in the making. Where you are now they let you wear your hair short or long - it doesn’t matter. You’ve been away a long time and at least you aren’t bald yet although just for a joke I sometimes tell people you are when they ask after you.

‘Has he changed much?’

‘No -only kidding, he hasn’t changed much at all. A few laughter lines here and there, that’s all.

In reality, you don’t even have many grey hairs for a forty-two-year-old. Forty-two! I studied twentieth to twenty-first century writing in school and according to Douglas Adams Forty-two was supposed to be the answer to life, the universe and everything.

It affected me quite badly the time you first told me that you were locked in your cell twenty-three hours a day; you the proverbial free spirit who appreciates freedom as much as any bird on the wing. Trouble was, on your wing were smokers. You’d always so hated the stench of cigarette smoke and now it was curling its way through the vents; passively seeping into your lungs. I’d have hated it too. So you had your head shaved to minimise the reek of tobacco which permeated everything.

Father was right. Working at his research facility did take my mind off things somewhat. We had already found a cure for obesity. The answer was so simple when you think about it; a tablet you take that makes everything taste the same. Nobody can get fat on boring.

Then I hear him talking to his students about the continuing success on the regeneration project from DNA samples. Bring back the dinosaurs and all that. Do you remember that old film ‘Jurassic Park’? Something along those lines.

Anyway, it got me thinking and that’s when I remembered that lock of hair.

Well, you weren’t here and I hadn’t found anyone else; I hadn’t even looked - loyal soul that I am, so I thought what if? What harm could it possibly do? Ethically speaking, it wasn’t like I was trying to create Frankenstein’s monster or anything. I was just putting back what should have been here already. There was no chance of your freedom ever, so what would it matter? You would hardly be likely to meet.

I thought I’d take your original lock of hair, stick some of it in the replicator so there was a good enough sample and I’d make a new you. It would cure my longing and my loneliness if nothing else.

I did try it with some fur from the family cat first to be sure it would work. We now have two cats exactly the same both in appearance and temperament. They don’t even fight with each other! I specially propagated the new specimen to the same age as the existing cat and declared the experiment a complete success. Same friendly nature and you honestly couldn’t tell the difference. You’d laugh - I called it Copycat. I was still worried though; a human copy could be more technical. Where would I get all the feelings and emotions from to make it human and those emotions that made you the person you were? I wouldn’t get all that from just a lock of hair, would I? I’d be scared there would be something lacking emotionally.

A swirl of white mist revealed my creation and there he was standing in front of me, brand new and naked in a test tube – your doppelgänger. Definitely not a Frankenstein’s monster. Everything was perfect down to the very last detail. He smiled at me straight away, that very same smile that you have!

He understood everything perfectly. We travelled the world together. I made sure he kept his hair at just the right length that I liked and I did everything with him that I wanted to do with you. It was great. There was absolutely nothing wrong. No fatal flaw... nothing. I began to think things were just a little too perfect.

Then one day it occurred to me that I had perhaps been a wee bit selfish. I hadn’t been thinking of you at all now I had a replacement. And there you were still languishing in jail. I’d just read a really old book from centuries ago called ‘A tale of two cities.’ and I thought, hey, wait a minute I’ve been doing this all wrong. I could have used Mark 2 to get the real Mark out of prison instead of spending my life with a substitute.

I couldn’t do it now as Mark 2 would never give up the life he was living for a life in prison. I’d have to create a Mark 3 who appreciated that being a prisoner was his only purpose in life right from the start. But then Mark 2 would be lonely without me once you were free so I would have to make a duplicate of me for him. I hope you haven’t lost the plot here but things did get a bit complicated.

So I propagated a short-haired version of you to be Mark 3 and it was easy to swap him when the guards weren’t looking. I bet that identical twins have pulled that one off before.

Cloning Facts to Amaze You 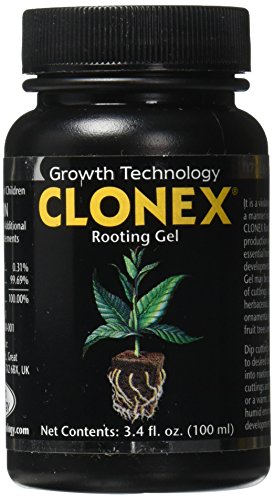 Cloning is a popular subject for many science fiction films and it gives rise to a plethora of interesting scenarios. Here are several films that the author has seen and liked:

A History of Cloning