Spenser makes more than structural changes to the English sonnet than turning octave and sestets to quatrains and couplets in Sonnet 75. Spenser’s lover, possible himself, tries to surmount the obstacle that so many others could not: immortalizing their love(r). The lover begins with a revolutionary means of solidifying and expressing his love for a lady. But as hard as the lover tries, he allows passion to overtake logic. The lover’s struggle with hope and reality becomes synonymous with the ebb and flow of the ocean, which can be traced through the changes in structure of the sonnet and the use of sound devices.

Much like waves encountering breakers, the lover’s fits of passion are interrupted and checked by bouts of logic. For the first four lines, a steady to-and-fro occurs with the interchanging stop values of a comma followed by a period or a full colon. When the lover is hopeful that his desire will be met, the line continues with little interruption. But when his hopes are dashed by reality, the waves, the line ends with a longer stop value. The rhythm changes slightly after the voice of his lover interjects a heavy dose of reality. Enjambment of line 9 into 10 emphasizes the major blow to the lover’s hopes. And, the ending of line 10 with a full colon suggests the lover has not been totally knocked out of his fit of passion. If Spenser ended the enjambment with a period then the finality of truth would be more apparent. Instead, the last four lines of the sonnet go back to the initial interchange of stop values. The steady presence of comma then period, with no variation, shows that the lover will continue his goal in vain.

The repetition of specific words and phrases mimic the leaving and returning of waves. “I wrote” appears at the beginning of lines 1 and 3. What occurs between the lover’s acts of passion is the tide wiping out his attempts of immortalizing his lover’s name. The futility of the act is emphasized by the repetition of “But came” in lines 2 and 4 to shows how the lover can do nothing to change the course of nature. The lover’s rejection of logic becomes more apparent as the word “shall” repeats throughout the second half of the sonnet. First the lady uses “shall” to explain the inevitable, as in death will happen. “Shall” is not used again for another two lines. But when “shall” does appear again it is used at a regular interval of two lines in succession. The lover speaks fervently to convince his lover that she can live on forever through his writing. But even to write her name “in the hevens” is useless, as her name will disappear from evaporation just like the sea washes away her name on earth. Ironically, even though “name” is repeated, the reader never knows the woman’s actual name. “I wrote” is repeated and even appears in different forms throughout the poem emphasizing his many attempts to immortalize his lover. But, amidst all the lover’s action of writing her name, he forgets to write her name where it counts most, thus reinforcing the futility of the lover’s action.

Spenser relies on sight rhyme to connect the coming and going of the tide to life and death. Since the spelling does not need to change in order for end rhyme to be achieved, more weight is placed on “pray,” “lykewize,” and “subdew.” Structurally these words emerge at fairly regular intervals in the sonnet, much like waves. But each word connects visually to previous and upcoming words to reinforce the ebb and flow of the ocean. “Pray” is set visually between “away” and “decay,” both associated with death or deterioration. But “pray” also becomes visually connected with words that have “ay” in conjunction, some of which the spelling has been changed also: “Agayne,” “paynes,” “Vayne,” “sayd,” “assay.” “Lykewize,” with two spelling changes, makes the reader’s eye go back to “lyke” in the pervious line. “Lyke/lykwize” are associated with the woman’s metaphor of her life being washed away. Focusing on the second spelling change, the s to a z, the connection to “immortalize,” “devize,” and “eternize” brings forth an alternative reading. Instead of reinforcing how nothing lasts forever, Spenser visually connects “lykwize” to living on forever. Therefore the woman’s logic (death) becomes intertwined with her lover’s passion (life). The spelling change to “subdew” reinforces the theme of life and death by being visually connected to “renew.” Spenser makes the correlation most evident by putting “death” in the same line as “subdew” and “life” and “live” with “renew.”

Also reinforcing the ebb and flow of the ocean is the change in the poems rhythm of iambic pentameter. Spondaic substitutions occur at regular intervals after the first quatrain. “Vayne/man,” “Not/so,” “Where/when” help draw attention to pivotal points in the sonnet. “Vayne/man” is the beginning of the woman’s response to the efforts of her lover to immortalize her and their love. “Not/so” introduces the retort of the lover and the first of many reasons why he believes his attempts will be successful. “Where/when” signals the start of the most important part of the sonnet, the couplet. What better way to end an argument than by ending with strong, accentuated words.

Sonnet 75 is visually appealing from the use of repetition to the physical structure of the sonnet with one line being longer or shorter than the last. All these aspects work together to reinforce the image of where the sonnet takes place. The rushing in of emotions and the receding of the lover’s hope mirror what he sees happening in front of him. The last line captures how love transcends even death because of its power. 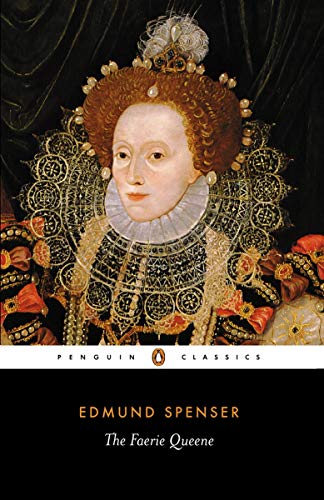