Desert Solitaire by Edward Abbey: A Difficult Man In a Beautiful Wilderness

In the introduction to his book Desert Solitaire , Edward Abbey offers a word of caution, warning readers “much of the book will seem course, rude-tempered, violently prejudiced, unconstructive…if the book has virtues they cannot be disentangled from the faults.” Indeed, much of what follows is a difficult pill to swallow. Abbey does not sugarcoat his idealistic conviction for the sensitivities of his readers. He is unabashed in his absolute claim that nature, and the desert in particular, ought to be left untouched and free from the intrusions of tourists and technology.

Despite the peevish tone of the book and the scathing critique of the lifestyle of many of his would-be readers, there is a beauty that shines through in his unapologetic recounting of a time spent virtually alone in Arches National Park. One does not have to agree with all of Abbey’s words to appreciate the book’s beauty, just as one need not agree with Abbey’s assertions regarding how we ought to care for our open spaces to agree that care must be taken to preserve them. Desert Solitaire’s triumph, then, is in the ability Abbey has not to win converts to his own philosophy on nature, but to induce all readers to reevaluate their own notions on how we care for our national treasures, the landmarks and undeveloped land that make up the National Parks.

No Cars or Wheelchairs Allowed!

Abbey, in his quest to preserve the National Parks, makes a case for complete inaccessibility. He proposes the eradication of roads into the park, suggesting that visitors ought to travel only on foot, by mule, or on horseback. Particularly shocking is his opposition to elderly tourists, whom he feels should not be visiting these spaces if they cannot get around without the aid of modern conveniences like wheelchairs or walking paths.

Abbey's solution to the destruction of wild spaces is to leave them so remote that one would have to be an experienced outdoorsman to visit, thus eliminating the constant stream of tourism that both hurts the ecosystem as well as lessens the impact of truly experiencing nature as it was intended. This viewpoint can easily be construed as offensive, after all, aren’t we supposed to honor the elderly, respect the differences of the handicapped? It seems unfair to discriminate against the less-physically fit, the disabled, or even those among us who may be able-bodied but lack the necessary skills or ability to survive in harsh environments.

Aside from Abbey’s lack of concern about offending readers, he does make an interesting point on the increasing commercialization of the wilderness. In our society, with its emphasis on convenience and efficiency, the National Parks are becoming something of a one-stop-shopping venture. The more beautiful a vista, the more stunning a rock formation, the more people want to visit it. And for these people, often with a small amount of time allotted in which to experience as much of the landscape as they can, it is indeed much simpler to drive into an easily accessible locale, snap a few photos, and move on to the next stunning landmark.

If care is not taken, if some discretion is not exercised, the National Parks run the risk of becoming little more than a vast network of roadways and parking lots connecting one landmark to the next. Though convenient, this Disney-land meets Wild West ambiance often destroys the sense of nature and wilderness that so many visitors have come for in the first place. Even for those who disagree with Abbey’s proposal to eliminate all roads into the Parks, it must be conceded that at some point accessibility must be balanced with limitations on development or there will be no open spaces left to enjoy.

Abbey reads as a bit hypocritical in some ways. His love of the desert and joy at experiencing nature is combined with an often inconsiderate attitude and a selfish desire to keep others away. He rails against tourists, their visitor’s centers, Coke machines and cameras, then throws a tire down a canyon and carves his name into a tree. It leaves a reader with a bit of a confused feeling, not to mention a bad taste in the mouth…How can such an advocate of nature preservation willingly commit acts of littering, and then castigate other tourists not just for litter and destruction of the natural area, but the simple desire to see and experience these areas just as he has desired to do so?

While it is inarguably selfish to want to have the beauty of nature all to oneself, at the same time this selfishness is not necessarily a bad thing. It is a part of the wonder of nature to have the experience of total isolation in the wilderness, to feel protective of a land that one has reached a feeling of kinship or communion with. When natural spaces become so overcrowded that we no longer have an opportunity to be alone in them, there is a vital element that is lost even as the land itself is preserved.

What Abbey is speaking of is not just land preservation, but preservation of our human relationship to that land. He states in the end of his introduction “This is not a travel guide but an elegy.” It is an elegy not only to the land that is rapidly disappearing, but of the personal connection that develops through uninterrupted appreciation of it. Perhaps Abbey's acts of vandalism were, as he says, “unconstructive,” yet this is simply another one of the human faults that come along with the book’s overall virtue, an expression of the natural desire to appreciate nature through solitude. What is, on the one hand selfish, is also a deeply rooted, almost primitive desire, and not something that can be steamrolled away in the name of progress.

The Problem Still Exists if the Solution is Wrong

While Abbey as a narrator can be difficult to like, the saving grace of the book is that he is at least honest about his feelings, opinions, and shortcomings. The story is about Abbey and his experience, yet he remains humble, seeking only to glorify and further an understanding of nature, not himself. The natural world that Abbey presents to his readers is not exaggerated or embellished, but presented in a manner that celebrates the land, natural processes, and the cycles of life in all their harshness, cruelty, and splendor.

Whether we like Abbey the man or hate him is immaterial, the main concern is that we are given an opportunity to see the landscape through his eyes, with a sense of respect, awe, and even reverence. Though we may disagree with him on some points, his views remain instrumental in challenging our notions of what it means to preserve these places, and what our own relationship is to nature and the wild.

“There is a way of being wrong,” writes Abbey, “which is also sometimes necessarily right.” Perhaps his proposals are the wrong solution, unfeasible in our current day and age, but by presenting them he is guiding us towards a way of managing the land that will not erase all the vestiges of the solitude of nature. If we are lucky, generations from now, despite a thriving business of park tourism, one will still be able to go out and lose him or herself in a quiet game of “desert solitaire.” 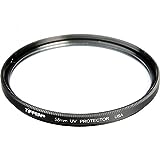