Edwin Morgan occupies a rather elite spot on my list of favourites. He is one of my 3 favourite poets of all time, alongside John Donne and W. H. Auden. While each of the three is quite different, they have in common two things. First, they use words wonderfully, making the English language seem so moldable in their hands. But also, all three deal wonderfully with (and sometimes help concretize) abstract concepts. They are, to put it simply, smart. What comes through in their verse creates, for me, the possibity for very intellectual conversation because each, while raising some difficult questions, leaves space for the reader to engage with his writing.

One of my favorites of Morgan's poems is Message Clear. But don't let the title fool you. As with many of his poems, it isn't a straight-forward simplistic sort. Rather, it is a poem that is demanding of the reader, inviting much more than a cursory look. When I first encountered it, I sat staring at the poem, feeling a little befuddled. I more or less had to read the poem "backwards" to gain access to it at all. But once I gained that access... wow! It was indeed a breathtaking view, and one I enjoy revisiting frequently. (And to me, the desire to revisit a poem is a sure sign that it's a good one.)

I've also enjoyed many other of Morgan's poems, including one called "Astrodome," a place where I spent a lot of time in my growing up years. (Sorry, but I can't seem to find a link to the text of the poem.) And his science fiction poems, many of which are collected in From Glasgow to Saturn, are always amongst my favourites when I revisit his work. I am especially fond of The First Men on Mercury. I suppose I first became aware of sci-fi / speculative poetry through Morgan's work, and have since found it to be a wonderful world in which I have immersed myself.

Amongst Morgan's poems you can also find several that are in the spirit of Carroll's "Jabberwocky," where sound is so important in creating the feel and meaning of the poem. Poems like The Loch Ness Monster's Song and "The Mummy" are the sort I can really get into -- great aural effects, with loads of humour.

Which reminds me... Morgan can be really funny sometimes. And he is very inventive too. He went through a stage in which he seemed to be enamoured with the possibilities that word processors brought to poetry. "Message Clear" is one result of that, as are his similarly structured poems Chinese Cat (the text is there in full, about halfway down the page) and The Computer's First Christmas Card, amongst others. His experimentation with what was then new technology has inspired me to experiment with other similar forms in my own poetry, such as using SMS-technology and thinking about what it does to the language we speak each day.

I should say that Morgan has influenced my own writing as much as any poet has. That's not to say my own work pays anything more than a paltry tribute to that influence, but it is something for which I am grateful, all the same. 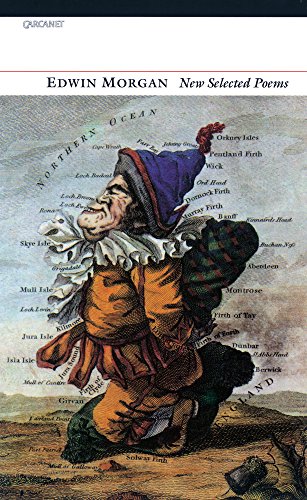 [Several years ago, when I first started blogging, I joined a site that has since folded.  This post originally appeared there, but is no longer available, I thought HubPages might make a nice new home for this modified version of that article.]