Elsie, Frances, and the Cottingley Fairies

I first heard the story of the Cottingley fairies as a child from my grandfather and It Is an unbelievable tale of two young girls who outsmarted experts in photography, Kodack, and the man behind Sherlock Holmes!

The Girls and The Cottingley Fairies

Frances, with her mother, came to stay with her cousin Elsie and her family in Cottingley of West Yorkshire during the summer of 1917. The girls were instant playmates and could very often be found playing by the beck around the Wright’s house. This displeased their mothers as they were always filthy when they returned. When Frances was asked by her mother why she continued to play by the stream although she was not allowed, she told her that she went to see the fairies that lived there. What a surprising story from a young girl but Elsie backed up this claim. So the girls, using Elsie’s father’s camera took their first photograph of the fairies to prove to their mothers that there were in fact fairies there. Two months later they took his camera again and came back with more proof.

Arthur (Elsie’s father) developed the pictures quickly, as he enjoyed photography and had his own darkroom in their home. Once the pictures were developed he immediately thought they were nothing more than a prank committed by two young girls. He knew that Elsie had spent some time working in a photography studio and was an artistically talented girl. He thought that were tampering with his camera in some way and forbid them to use it again. Mrs. Wright however whole heartedly believed the photos to be real.

In 1918 Frances wrote a letter to a friend back in South Africa (where she had lived before coming to the Wright’s) She explained to him that her and her cousin not only saw fairies around the stream but were very friendly with them, Frances referred to them as the Beck Fairies. Also she sent him two photographs, one of herself, one of her and the fairies. On the back of the picture portraying her with the fairies she wrote, “It is funny I never used to see them in Africa. It must be too hot for them there.”

This letter would be made public in 1922, and seemed to prove that the girl’s photos were real. People questioned why Frances, at the time 11, would lie to a friend, so it was assumed proof the photos were indeed real.

Mrs. Wright attended a lecture in the summer of 1919 where the subject of the night was on what else but Fairy life. Polly Wright, who all along has believed her daughter, decided to show the photographs to the lecturer. Obviously Mrs. Wright had found another supporter of the Beck Fairies. The organization that had arranged the lecture on fairy life decided to display the photos at their annual conference. This is how the photos came to land in the hands of Edward Gardner, who with his own set of extraordinary beliefs, was considered a top member in the organization and seen in these photos a chance to further his own ideas. Although he was no doubt happy that these photos existed he didn’t want to be taken so he had them checked out by an expert of photography, a man by the name of Harold Snelling. The verdict by Snelling, the photos were genuine. Needless to say Gardner was beyond pleased and began to sale these photos at his lectures.

Sir Arthur Conan Doyle, a well known man (the author of Sherlock Holmes) heard about the pictures and was no less than intrigued by their existence. It was 1920 and he was working on an article about fairies for the Christmas edition of The Strand Magazine. What better than to have actual pictures of fairies for his article? He absolutely believed that the photos were real and accepted them as proof of such phenomena, which was a subject he had always been attracted to. He however would not pay for the images as he suggested that such a thing should not be “soiled” by human currency.

Doyle, also believing whole heartedly that the photos were the real thing, perhaps thought that more proof should be obtained to show to those who would call them fake. Whatever the case he decided to take the images of the Beck fairies to a well know company called Kodak. Kodak also could find no signs that the photos were fake, but with technicians who did not share Doyle’s belief in fairies, they basically told him that just because they couldn’t prove they were fake did not mean they would say they were real. Doyle took this as another victory. With two experts in the filed stating that they were real and only one stating they may be faked , Doyle was quite happy.

So the author of Sherlock Holmes went ahead and published his article, writing about the Beck Fairies and using the photographs. He did keep the family’s name out of the public by using false names. He went on to write another article for the same magazine in 1921 using some of the girl’s photos as proof of the existence of fairies. This led him to write a book in 1922 called The Coming of the Fairies. Doyle died in 1930.

After 1921 interest in the girl’s fairies started to die down, flaring up every now and then. The opinions surrounding the photos were always split, some believing, some not. Although Mr. Wright always maintained he thought the photos were fake even though he could find no proof of it. Throughout the years the girls were visited by reporters and they held to their story that the fairies were real, they did see them, and the photos were not fake.

In 1978 James Randi and his team examined the photos using a “computer enhancement process” and ousted the photographs as fake, others followed all concluding the photos were fake.

The cousin’s agreed to do an interview for The Unexplained (a magazine) in 1983, where they finally admitted that the photographs that had attracted so much attention had indeed been fake. The “fairies” were no more than cardboard cutouts. They did disagree on the 5th photo, Elsie stating that it was fake like the rest but Frances stating that this one was the real deal. Regardless of the photos, both girls held to the fact that they did see fairies, that part was true. For all the years of lying about the photos the girls could only say that with so much buzz and with the author of Sherlock Holmes believing it, that they couldn’t come out and say we were lying, we felt we had to keep quiet. Perhaps they felt they went to far with it all and were afraid to tell the truth.

These two girls managed to tell one of the biggest tall tales of their time and maintain it almost up until the time of their deaths(Elsie 1901-88 and Frances 1907-86). Its just fascinating as that just does not happen anymore. We have advanced in so many ways since the early 1900s that we just don’t have the opportunity to believe in such wonderfully beautiful stories anymore. We could say its terrible that these two played such a trick on the public, but is it so terrible that two young girls believed in magic, fairies, and all the wonder that goes with it and wanted to share it with the world? They caused people of their time to question if there was more to our world then what meets the eye. And that is a beautiful question. 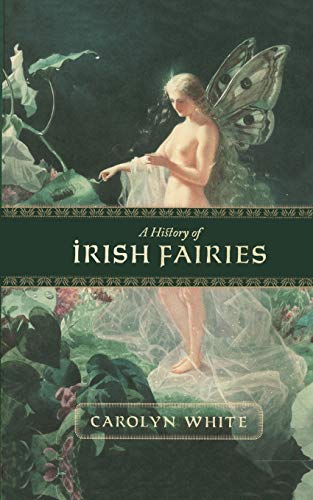