The London Riots of 2011. English Schoolgirls March Against Education Cutbacks.

The London Riots of 2011. English Schoolgirls March Against Education Cutbacks.

The streets of London were thronged by thousands of protesters marching against proposed cutbacks by the coalition government of the Conservative-Liberal Democrat Alliance.

The demonstration attracted people from all sectors of society including young and old, rich and poor, politicians, activists and plain ordinary people. Estimates of the total mass of the crowd ranged wildly from 100,000 to 500,000 depending on who you asked.

Although goodness knows how difficult it can be to calculate a crowd congregated within strict parameters (i.e. the streets) in a long line which length is accurately known. It's not rocket science after all but it certainly is basic high school Mathematics if not elementary Arithmetic.

Even a half-educated by-stander taking a nonchalant interest on the pavement could surely work it out. A rough head-count of a 100-yard stretch of the demo could easily be multiplied into a fairly accurate figure for the whole bunch. Nevertheless it is much easier to count the number of activists, anarchists, revolutionaries, hooligans or whatever you want to call them who broke off from the main demo.

They gave the tabloid press the headlines that had already been written in readiness that afternoon. Black clad and menacing scores of hoodie-wearing youngsters with faces covered had battled with the Police for many hours. They assailed their usual hated targets of global corporate capitalism in a wanton spree of mayhem and destruction. 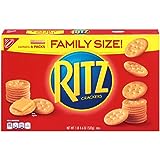 Putting it on the Ritz

A branch of the Santander bank had its glass door deposited in pieces on the floor, McDonalds got its usual battering as is customary on these ceremonial occasions and high-class retail establishment Fortnum and Mason was subjected to an unprovoked invasion.

Even the famous Ritz Hotel was not spared and ended up with boarded-up windows after an attack of vandalism. For such a venerated institution it was no doubt assuredly the best quality hardboard that was employed in its restoration. However in a new and unexpected development another renegade force of the mob erupted onto the scene for the first time ever.

Recently there have been angry and indeed violent scenes between students and the Police over swingeing cutbacks in both college and university education. Such is the strength of opposition that even researchers, teaching staff and lecturers have demonstrated on the streets. Admittedly they have conducted themselves peacefully for fear of failing any future employment vetting checks that might ruin their careers. Nonetheless their mere presence as they descended from their ivory towers or from behind their desks indicates the strength of feeling across the academic community.

The kids are united

On this march for the first time organised gangs of schoolchildren have attacked the Department of Education and even attempted a diversionary attack on Downing Street itself. Nigel Bingley-Jones, a civil servant in the Department and who was in the building at the time described the scene;

"They seemed to have come out of nowhere, hordes of them wearing their school uniforms, screaming at the tops of their voices brandishing hockey sticks and croquet mallets"

He described how a large group of around 100 girls, for there were no boys among them, surged from out of various nearby streets and alleyways to assault the building. A large feral mob descended on the terrified workers who had only turned up for some Saturday overtime including travel and lunch expenses. Mr Bingley-Jones told us how he felt at that actual moment;

"It was quite titillating! Many of those girls were obviously fifth or sixth form and very well developed. And as for those stockings. Well! You know? Definitely a headline grabber old chap. Simply bang on!"

After his initial shock and awe Mr Bingley-Jones still had the presence of mind to dial 999 and call for the Police. Despite having their hands full and their resource considerably stretched saving the lunch-time menu at The Ritz a squad of officers were quickly dispatched and arrived at the scene soon after.

"Fat lot of good they were" complained Mr Bingley-Jones, "The girls gave their vans a terrible bashing you know. They'd already smashed in all the ground floor windows and daubed misspelt graffitti all over the walls. It's absolutely disgraceful the level of literacy these days. They started lobbing cricket balls at the upper-floor windows with incredible accuracy. Then it dawned on me although I really couldn't believe it. They must have come from a public school!"

Indeed they were and after armed reinforcements were called the Metropolitan Police finally took control of the situation and began to make arrests. In total 36 girls were arrested, 14 Police officers injured and one got engaged. He had youth on his side.

The detectives investigating the riot established that the perpetrators all came from the same all-girl school of St Trinians and had organised a well-prepared mass attack with military precision.

Head mistress Daphne Bloomingdale couldn't contain her disbelief when she was told the news;

"Little bastards! I thought they'd all gone to the Boat Race!"

A spokesgirl for the errant runaways made a statement to the media after they had been released from Marylebone Police Station.

"We fink it's a pure and utter disgrace that them dudes in the Big House ain't doin nuthin for the teachers!"

But the story doesn't end there as futher serious incidents were reported in the immediate vicinity of the Department of Education. Again the perpetrators were beak off groups of angry young schoolgrls who were also confirmed as pupils belonging to St Trinians.

The targets of their vandalism this time seem strange in their choice. In total around 6 local betting shops were all attacked. Comprising 3 Ladbrokes, 2 Corals and a Paddy Power the last of which was symbolically splattered with emerald green paint. Why would a crowd of English public schoolgirls be interested in wreaking havoc on retail gambling establishments?

It obviously was not arbitrary or spontaneous actions on the part of the pupils as these premises were specifically singled out even with the likes of a Threshers Off-Sales and a make-up store next door. They could have proven rich pickings for a teenage looting spree. The self-styled leadership and prefects of the girls refused to disclose the motivation behind the attack despite intensive all-night interrogation by enthusiastic C.I.D. officers.

Gambling on a result

However we can now exclusively reveal the reason behind this offensive. We were contacted by a man who claims to be a friend and representative of the St Trinians Schoolgirl Action Committee. Apparently adopting the codename of 'Flash Harry' he describes himself as an independent Turf Accountant. He explained that the daylight assault on the shops were in sympathy with another cause close to his heart.

"It's the corporate world gone mad I tell ya! Bleedin High Street bookies are taking all the business off guys like us. We is just trying to earn an honest crust guvnor but they is givin us the squeeze an' then some. Them geezers undercut us all the time. It seems like there just ain't no place for your local corner bookie no more."

He then offered us generous odds on the Coalition Government collapsing before the end of the electoral term plus an impressive 7-1 against for Chelsea to win the Premiership. A very reasonable price considering that Manchester United are now red-hot favourites and the going rate for a Chelsea triumph is 11-2 at best from the major bookmakers.

What odds on another mass demonstration in London before the summer is over and the schools go back? 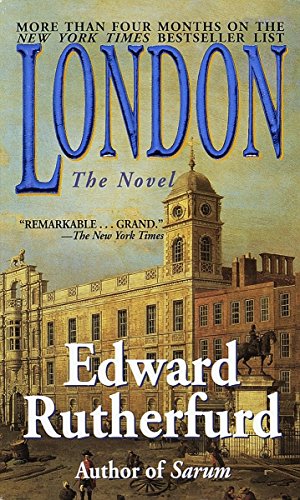