Everything was Fine, Until I...

Laura is a technical writer. She enjoys playing the piano, traveling, fine art, and making jewelry.

The Giant Puppy and the Pot of Flowers

The Giant Puppy and the Pot of Flowers

Everything was fine, until I heard a deep "thud" and remembered that the curious puppy now weighed 50 pounds and the small table on which I'd just placed the pot of fake roses was collapsable and the beautiful, heavy pot breakable.

How to Pass Swim Class Without Quite Drowning

Everything was fine, until I found out that, in order to pass swim class, I had to jump off the diving board into the deep end of the pool, which still terrified me because I couldn’t float and could barely swim. After all the other kids had gone, leaving just my dad, the instructor, and me, they finally convinced me to jump. It was even worse than I'd expected, but I lived.

Don't Forget to Lock the Piano Wheels Before Performing

Everything was fine, until I realized that the giant concert grand piano I was playing on center stage was rocking because the stage hands hadn't locked the wheels to keep it still; and just then the air currents got behind the sheet music I was playing from and pushed it all to the floor, way under the concert grand, and I hadn't memorized the song--the singer I was accompanying kept going, bravely on his own, in front of the whole school and our families, while I crawled quickly to retrieve the music and finished the song.

I made it through all of the other performances, and the reception in the lobby, and out past the bright lights in the parking lot before I started crying. High school, good heavens, everything is the world's end. Lessons learned: never play a piano whose wheels are unlocked, and never accompany a cute singer you have a crush on and ruin his senior recital.

Have You Ever Done This?

Icy Wipe-Out in the Center of Campus

Everything was fine, that calm, subzero January day, until I got to the deserted middle of campus, in front of the cafeteria where most students were eating breakfast. I was walking and slipped on some ice hidden under the snow and totally wiped out in front of everyone, books and papers and skirt and boots going every which way, and, Murphy’s Law, my purse flying open to scatter its contents, too. I ignored the clapping and whistling and (presumably) standing ovation that I got from the diners (I have to admit, it WAS a very spectacular wipe-out) and quickly and calmly (I hope I looked calm; I never once looked at the dining hall) picked up my things, caught my breath, and some of my self-respect, and proceeded to my early class without further ado. College--good heavens, humiliation never ends, does it? But, I didn't cry or break/sprain anything, aside from my pride. I heard some loud whispering about it in classes the rest of the day, even the library, but it didn't bother me and I didn't even blush. They just had more growing-up to do. Ah, the joys of small-campus life after being at a Big 10 University.

Everything was fine, driving from D.C. to St. Paul, until I rounded Chicago before dinner time and made the foolish decision not to stop early for the night. I soon found out that it was the weekend of the Osh Kosh airshow and that every place to sleep, reputable or not, was taken for the weekend. So, after stopping many times to ply myself with coffee and food to keep me awake, I finally gave up stopping at every little motel and just drove straight through to St. Paul, gladly taking the dismal record of 26 hours (straight) to get there and sinking finally into my own bed by the Minnesota State Fairgrounds. 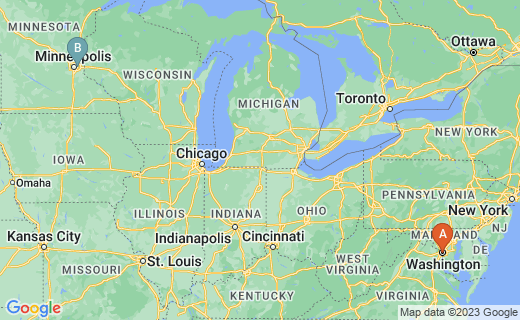 Everything was fine, until I realized that it was Tuesday, my birthday was Saturday, and I needed to retake my driver's test--and pass it--by then or else I couldn't drive to my own birthday party Saturday afternoon.

My (Almost Undocumented) Trip of a Lifetime

Everything was fine, until I realized that I’d lost my sister’s digital camera that she had lent me somewhere as we were going through the heavily armed and on guard checkpoint that the Tourist Police were rushing us through in the Cairo airport on day 4 of my 10-day “trip of a lifetime” to Egypt. Fortunately, a fellow tour member took matters into his own hands, addressing our crowd of about 20 from the front of our tour bus. “Here’s the deal,” he said in his commanding Army Major voice. He explained the situation and arranged that anyone who contributed all of their pictures to the group’s web site, which he would create upon arrival back in the States, would get access to every other contributor’s pictures, also, as long as it was okay that I got access as well due to the unfortunate incident. In the end, almost everyone contributed photos and so we each had about 4,000 photos of the trip from the web site and from the set of CD-ROMs that the Major mailed out to each of us after the compilation was complete.

Information about the author, a list of her complete works on HubPages, and a means of contacting her are available over on Laura Schneider's profile page.