Dr. Bill's first passion is family history. His second is a passion for creating family saga, historical fiction stories that share it.

When we say "Southern Missouri Ozarks" do you think of "hillbillies?"

Well, that is reasonable to consider. But the good folks who did create the towns and businesses we know today in the region were not "hillbillies." Mountain folks did live off in the mountains, for sure, but these stories here are generally not about them, although one may slip in, now and then. These stories are about people like you and me, who were insightful, smart, and entrepreneurial who decided, at their time and place, that this would be a fine place to raise a family, start a farm or business, and grow old around what they cared for and who they loved.

The fictional place, actually all part of a forest in the real word, is located in the northwest corner of Shannon County, Missouri, should you want to know.

"The Homeplace Saga" series of stories is a growing collection, we like to call it a Family Saga, covering over 150 years in a particular fictional valley in this region from initial settlement in 1833 to the present day. Each story is based in research and first-hand knowledge of events in the area and each story is based on events similar to those that actually took place in that time, nearby.

The first novel, "Back to the Homeplace," and the novella, "Murder by the Homeplace," are set, one after the other, in time, during 1987. "The Homeplace Revisited," set nine years later, in 1996, focuses on the young folks (high school age) from 1987 returning from college as young professionals to the Oak Creek valley and the town of Oak Springs to find their place in the family and the family businesses being run by their parents. Might there be some conflict there? Of course there is... that is what makes good stories fun to read. You may even see yourself in there, somewhere. "Christmas at the Homeplace," released in Oct 2013, is set in the last quarter of 1996, immediately following "The Homeplace Revisited," in time.

In 2014, a collection of short stories surrounding the Founding of this valley community and the town, from 1833 to 1876 will be published as "American Centennial at the Homeplace." Some of the short stories have been published in local anthologies as well as on the home blog of the series - see the link, below. These are continuing in serial format every week, on Fridays.

We invite you to join us in reading, and perhaps participating in, creating and growing the stories that have been started by our author and founder, William Leverne Smith.

Were you inspired by the "Little House on the Prairie" series? We were!

Over the years, a number of Family Sagas have become popular, but none of them have been based in the central USA in a single location. "The Homeplace Saga" series of historical fiction is.

The "Little House on the Prairie" stories of Laura Ingalls Wilder came close, but actually covered the family stories in locations in several states, and, were based on real-life. Her stories are loved by all.

The Homeplace Saga stories are set in a fictional valley a few miles east of Laura's home and museum.

"Roots" was a Family Saga

"Roots" was a Family Saga, also based on real-life, and also was located in many different and diverse locations. It was a fascinating story, and was inspirational to each of us.

Telling a family history through several generations is one thing The Homeplace Saga has in common with the "Roots" stories. Some of our stories involve our characters in searching out their family history, much as Alex Haley did.

Do you have the "Roots" DVD set?

Did you see The Thorn Bird mini-series or read the book?

The Thorn Birds was a family saga set in Australia that many of us loved for the fine family stories. Richard Chamberlain starred in the series on television. It is the first mini-series I can recall. Did you see it? Did you find it inspirational in any way?

Have your read the book? 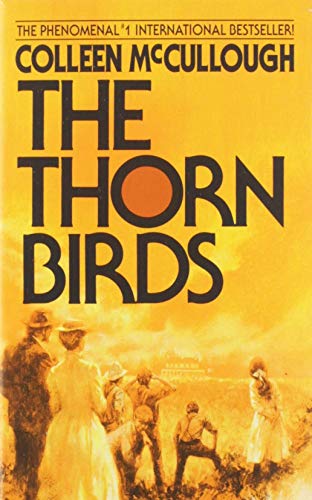 Which U.K. based Family Saga is your favorite?

Several Family Sagas have been written and set in the U.K., including The Forsyte Saga and Brideshead Revisited.

These are also mostly historical, which many people love. The stories are based on familiar family relationships and activities, as we each see in our lives. We like to live out some of these as fantasies in the lives of our favorite fictional characters.

We invite you to get to know the characters in The Homeplace Saga.

Have you read the complete The Forsyte Saga?

Had you thought of The Godfather Series as a Family Saga?

The Godfather Series of books and movies is a family saga, following a crime family through their trials and tribulations, through multiple generations of the family.

Inter-generational conflict is at the heart of most family sagas, and it certainly was in this series. Did you have a favorite book or movie from the series?

Which was your favorite movie of this Family Saga?

Did you know Dune is classified as a Family Saga?

Dune is one of several Family Sagas created in the science fiction genre with a large following. Would you have considered that a science fiction story could be a family saga? I hadn't, but, now I know it is true. There are also several others, I'm sure. Leave a note in the comments on your favorite.

Have you seen Dune?

"The Homeplace Saga" series began with a novel set in 1987, "Back to the Homeplace." It was well received but did not receive wide distribution, so you have probably not read it. It is as fresh a story today as when it was first published a couple of years ago. If it were a movie, it would be rated PG-13 for a bit of violence and sexual-related content. It is a great place to start, and I hope you consider reading it.

We will share more about this and other individual stories in subsequent Hubs. Stay tuned! ;-)

Available in both print and kindle edition!

Back to the Homeplace
Buy Now

Which is your favorite Family Saga, to date?

A Palomino mare in the pasture

Poll on The Homeplace Series

Will you consider reading a book from The Homeplace Series?

Will you rate this Hub for me, please? Thanks!

Useful links for The Homeplace Series