Sci-fi Book Reviews: All the Best

The Awakening of Ren Crown by Anne Zoelle

The beginning of The Awakening of Ren Crown by Anne Zoelle was very confusing to me. The reader can easily understand Ren's confusion as the reader is just as confused as Ren is. Ren and her twin had a normal life until suddenly men in black showed up, her twin ended up with powers and then he died, Ren is left confused and alone. I have to say that I would have probably stopped reading this book after about 20 pages if I had not gotten the book for review. The reason for this is I dislike books where I don't know or understand what is happening. However I am glad that I kept reading it because the book did get much better have Ren started to figure out who and what she was. I liked Ren as a character and I could truly understand her confusion as I was as confused as she was. If you enjoy books with magic, fantasy, split worlds, and magic schools then you will enjoy The Awakening of Ren Crown by Anne Zoelle. 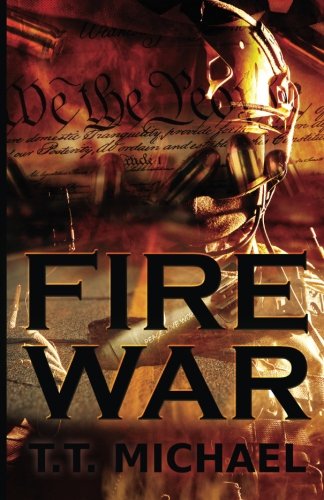 I went into this book believing that it would be a tale of revolution set in a not so distant future where the United States of America had become the United Continental States of America (or UCSA), made up of the USA, Canada and Mexico. I expected our main character to wage war against President Meyers, or uncover a conspiracy to control the public. I was expecting him to rise p and bring back personal freedoms. I was disappointed. This Fire War by T. T. Michael is not a tale of revolution, but of oppression. There is no single moment where Gunnery Sergeant Anthony Jackson stands up as a hero; instead he seems to be a well trained marine who is also a father and a husband. Now make to mistake this was a very well written book, even if the time line is not fully consistent, and the story does flow well it is just not what I was expecting. Once I got over my disappointment I found that I was glad that I had read the book I just wished that I would have had a better understand of the book before I began to turn the pages. 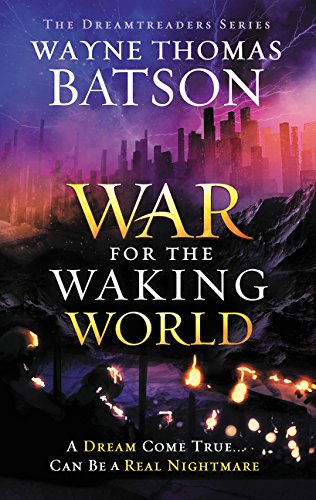 The War for the Waking World (Dreamtreaders)
Buy Now

The War for the Waking World Series: Dreamtreaders By Wayne Thomas Batson

The War for the Waking World Series: Dreamtreaders By Wayne Thomas Batson begins with a table of contents that shows there is a laws nine section and then there are 49 chapters in the book. The laws nine is a set of nine laws all dreamtreaders must follow to keep themselves sane and alive.

SO I have not actually read book one or book two in this series I was under the mistaken impression that this was book one. However that aside I got pulled into the book very quickly. I kind of felt like the rest of Archer's family who had no idea what was going on, but who were doing the best that they could. Still I felt like I was missing out on a lot of the plot line, but it was still a great ride filled with excitement. 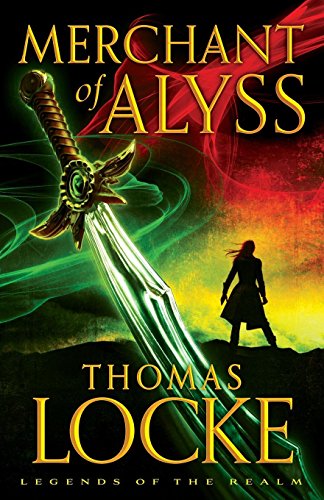 Merchant of Alyss (Legends of the Realm)
Buy Now

Merchant of Alyss by Thomas Locke

I was sent a free copy of Merchant of Alyss by Thomas Locke in exchange only for a honest and unbiased review of the book.

The book begins straight into the story line there is nothing to ease you into the story. There is no prologue to recap what happened in book one. This kind of left me floundering because I thought that this was book one. I had no idea that this was in fact book number two. I really struggled to understand what was going on and who the characters were as people. There was nothing in the book to help me. Now that said while I did not understand what was going on I loved the writing style. I loved the use of magic right from the beginning. The book has a nice science fiction fantasy mix going on that is awesome. I only wish the book helped me with what happened in book 1.

At the Sharp End of Lightning (Oceanlight) (Volume 1) was written by NR Bates. NR Bates has a Twitter, Facebook, and a website. NR Bates was born in London, and has spent time living in Wales, Canada, and Bermuda. NR Bates lives with his wife, seven cats, one dog,wildlife lizards, wolf spiders, and ant colonies that seek to live in his house. NR Bates has a career as an oceanographer and as a scientist. He works as a Senior Scientist at the Bermuda Institute of Ocean Sciences and as a Professor at the University of Southampton, UK. NR Bates often writes on the topics of fantasy, magic, and an inspired love of the ocean.

At the Sharp End of Lightning (Oceanlight) (Volume 1) by NR Bates is an amazingly well written book on both the magic and beauty of the ocean that ventures into a realm of fantasy. I was very excited to read this book because of the fact that is is in the Science Fiction fantasy genre. Which happens to be my favorite type of book. Add in the fact that there are mystical creatures and this book was a perfect match for me. It is clear to anyone who reads At the Sharp End of Lightning (Oceanlight) (Volume 1) that NR Bates has a deep love for the ocean in how he lovingly describes it. While I truly enjoyed reading this book as well as all of the wonderful and amazing chanters that NR Bates created; I found myself truly loving the winged sea sprite Yalara Narika the most. Yalara Narika is in search of her beloved who she is attempting to find in the ocean. However when tragedy strikes her world is turned upside down. I just felt myself understanding Yalara Narika and sympathizing with her. I also loved the fact that she was a mythical creature who had such a real personality. This book gives a whole new meaning to the Science Fiction fantasy genre. I also feel like this book might inspire people to be more conscious of the environment and the ocean. This would be a good book for young adults and adults.

Game Over By Andrew Klavan

So, Once Again I want book one and I end up with book three. This is starting to be a pattern for me. I really have to start checking these things out better. Now that aside on to Game Over By Andrew Klavan. Game Over By Andrew Klavan is a book about a computerize world that was created by a terrorist with a link between super computers and the terrorist’s mind. Now if this is not science fiction then I don’t know what is. The first chapter does not tell the reader of what happened previously in the book, but it does offer somewhat of a refresher. It reminds the reader of what some of the creature are like the boar soldiers and the cobra guards. It also tells a bit of the previous books like the attempts to crash some jets, blow up Washington D.C., and kidnap the main character’s father. So while a first time reader does not know everything he or she does learn some of what is going on. From this point on the book takes off at a fast pace that immerses the reader in to the mindwar. Even without info on previous books I still enjoyed this one a lot.

I came across Dragon's Luck: An SF Fantasy Adventure when I was looking for a fantasy book to read. I communicated with the author and I received a free e-book copy of this book in exchange for a review. This book immediately caught my attention with its summary that mentioned dragons, goblins, shape changers, and fairies. I am glad that I decided to read this book because it was exactly what I was looking for and it combined my two favorite genres of sci-fi and fantasy. The characters, plot, and locations are all so well written that I can create a clear picture of what is going on in my head. While I loved the whole book my favorite scene would have to be when Allie survived the dragon, the kildebeests, and escaped the Cave of Doom. I loved the scene because it really showed who Allie was as a character. The book is a huge combination of sci-fi and fantasy it seamlessly combines mystical creatures and space travel. There are not many books that have both magic and technology in them which makes this book truly unique. I would recommend this book to anyone who loves sci-fi and fantasy novels.