My Favorite Books Published in 2012

2012 was an excellent year to be a reader. So many books have been published by authors I love. Here are six of my favorite books that were published in 2012.

The Chaperone by Laura Moriarty

This is the second book I have read by Laura Moriarty, the first being The Center of Everything. After reading The Chaperone, I have decided to add Laura Moriarty to my list of favorite contemporary authors. The Chaperone tells the story of silent film star Louise Brooks, before she hit the big time. She is 15 years old and needs a chaperone to escort her to New York City so she can attend a dance academy. Cora is the chaperone and The Chaperone is really her story. She is a bit old fashioned and butts heads with the more modern Louise.

I love books that teach me something. While reading The Chaperone, I learned about the history of the suffrage movement in the United States, orphan trains from New York City to the midwest, and Louise Brooks.

Who will like this book? Fans of historical fiction who like to read about the early 1900's. People who like brainy chick lit. Fans of old Hollywood.

Winter of the World by Ken Follett

So, who will enjoy Winter of the World the most? I think anyone who enjoys historical fiction or family sagas.

Gold is about the lives of three Olympic hopefuls, Jack, Zoe and Kate, all vying for a place at the 2012 London games in track cycling. The book starts out at the Athens Summer Olympics, with Zoe and Jack going for gold while Kate stays at home with baby Sophie. The relationships between the three seems complicated from the start. Zoe flirts with Jack even though he is married to Kate. Zoe and Kate are dedicated friends even though Jack seems to come between them. Through the book Cleave slowly reveals the real story of this group of elite athletes. Gold is an unflinching look at what people have to sometimes give up to achieve goals.

So, who would enjoy this book? Anyone who likes characters studies. Sophie, the young daughter undergoing cancer treatment in the book, steals the story line.

I first heard of this book on The Today Show with Kathie Lee and Hoda. Since I like mysteries and the book was set in my native Missouri, I was sold on reading it right away.

Gone Girl starts with the disappearance of Amy, Nick's wife. Nick is pretty clueless, so he is not very much help in the investigation into Amy's disappearance. One part of the story is told in the present by Nick. the other part of the book is told by Amy, through diary entries she wrote before her disappearance.

If you haven't already read this book, read it now before anyone spoils it for you.This book is fast paced, shocking and one you will not forget for a long while. My advice is to read this one with a friend, so you can discuss it and believe me, you will want to.

I cannot remember laughing so hard while reading a book. I basically laughed constantly while reading this book. Heck, I am laughing just recalling this book while I write this review. I looked insane, but it was worth it. The funniest part of the book to me was when Lawson described buying James Garfield, a stuffed trophy pig she now proudly displays in her home.

Though Let's Pretend This Never Happened is really funny, it does have some serious moments. If you have ever suffered from social anxiety, you will relate to Jenny Lawson and this book. I cannot recommend it enough for all of the self identified weird people in the world.

Who will like this book? Lawson has an offbeat sense of humor so maybe check out some of her blogs before committing to this book.Oh, and if you are offended by cussing and/or taxidermy, this book might not be for you.

The Fault in Our Stars by John Green

John Green is one of the founders of Nerdfighteria, a land I am a proud citizen of, so The Fault in Our Stars was a must read for me. I have read all of John Green's books and they are all good, of course, but The Fault in Ours Stars is his best.

The story follows Hazel, a girl who had only a short time to live until a medical discovery shrank the tumors in her lungs, giving her a reprieve from certain death. Sounds depressing, right? Well, maybe not. Green does not write this like a Lifetime movie of the week, going for the easy tears. He explores the very real and at times funny side of mortality. The standout character in the book is Gus, a young man Hazel meets when she joins a support group for young people with cancer. I predict The Fault in Our Stars will be a classic.

Who will like this book? This book is a young adult novel but I think people of all ages will enjoy it. 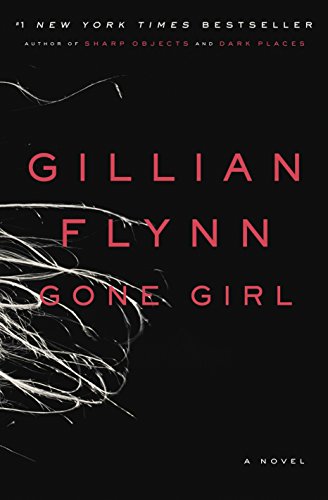 Question of the Hub

Which of the following books is your favorite?

What about you? What were some of your favorite books that were published this year? Any disappointments?