From Meek to Mighty: The Woman of Modern British Literature

In early British literature, women were placed within two roles. They were portrayed as a commodity as a means to obtain power, truce, pleasure and offspring, or that of the villain, either as temptress, trickster or the outright embodiment of evil. Today, women play a larger part in the literary world. They are not restricted the antiquated archetypical function of the past. The women of modern British literature have come to take on more diversity, and are influenced by of women of political power, and the emergence of women writers.

Queen Elizabeth I ruled England from 1533-1603. She was not the first woman to rule the British Empire, but she is regarded today as one of its greatest leaders. During her reign, the works of Shakespeare and Marlowe were introduced, and are regarded as some of the best of literature today. When Spain attempted to invade England in 1588, she showed herself a capable ruler, and led the British military to one of its greatest victories. In religious matters, she showed a greater tolerance the monarchs before her, re-established the rejection of papal authority and put forth the foundation to what would become the modern Church of England. Margaret Flannigan states, “Inheriting an empire torn asunder by religious fanatacism and factionalism, Elizabeth instinctively sought to bridge the religious divide that her father, Henry VIII, and her sister, Mary I, were largely responsible for widening and deepening during their tumultuous and often bloody reigns. Seeking a middle path, Elizabeth exercised remarkable restraint and considerable political savvy during the course of her 45-year tenure as queen. Though it pleased few on either side of the aisle, her tolerant, commonsense approach to religious zealotry of all stripes most likely averted a series of civil wars.” She brought a stability to England during her reign not seen is quite a while. All this showed that a woman could hold a position of power and perform just as well as any man. Despite her gender, Queen Elizabeth I was the ruler her father had hoped to sire.

The next female ruler of note is Queen Victoria. Though between her and Queen Elizabeth I there was Queen Mary II and Queen Anne, there reigns are not as regarded as the namesake of the Victorian Age. Not only did she oversee the expansion of the British Empire, her reign saw great advances in industry, science, culture, politics and the British military. “The Death of Queen Victoria on January 22nd, 1901 brought to an end not only the longest reign in British history, but also the period of greatest change and transformation in the lives of Britons. Those changes also had repercussions for many peoples around the world. When Victoria ascended the throne in 1837 she was a skittish and lively girl, almost `Georgian' in her tastes and love of society and its occasions. When she died in 1901 … who had presided over an era of extraordinary growth in British power. It was a period of staggering institutional change...” (MacKenzie) During her reign, Britain experienced the Industrial Revolution, scientist like Darwin were advancing their fields of study, and Dickens, Conan Doyle, and Wells were doing the same in literature. The effects of this time greatly influenced the modern world as it is today.

Women were also breaking out in the literary world. Ann Radcliff “was the most popular writer of her day and almost universally admired. Contemporary critics called her the mighty enchantress and the Shakespeare of romance-writers. Her popularity continued through the nineteenth century; for Keats, she was Mother Radcliffe, and for Scott, the first poetess of romantic fiction.” (Melani) With novels such as The Mysteries of Udolpho, The Romance of the Forest, and The Italian, she became one of the founders of the Gothic romance, and an influence on the works of Emily Bronte and Dauphine du Maurier.

Mary Shelley wrote the classic and one of the all time beloved novels, Frankenstein.“The story of Frankenstein has now become a myth. That is, it has taken on a life of its own independent of Mary Shelley's text, and indeed even independent of certain parts of her narrative.” (Field and James) Originally considered a piece of Gothic fiction, it has become regarded as the first story of the science fiction genre. The concept of breathing life into living tissue, organ transplant, electricity and generators were mere scientific theory at the time. Thought it would grow into male dominated genre, it all started with a nineteen year old girl at a storytelling party on Lake Geneva.

In 1954-1955, JRR Tolkien published The Lord of the Rings. Upon a first reading, one could easily assume that this is a the typical fantasy epic, with an all consuming evil villain to be destroyed at all cost, grand battles, a grand journey and virtuous heroes. Characters strongly associated with the tale are Frodo, Gandalf, Gollum, and Sauron. Yet, there is a strong female presence through the tale with the characters of Galadriel, Arwen, and Eowyn.

Galadriel, known as “The Lady of Light”, is the co-ruler of Lórien, “is the most powerful female figure in The Lord of the Rings and, in fact, one of the most important characters of either gender in the story.” (Enright) She is one of the three Elven ring bearers, and the only one at the time of the story who was the original bearer of the ring. It is Galadriel that test the mental state of the all male members of the fellowship. It is also she who, unlike all the men who have been in possession of the One Ring, is able to resist its powers. “Clearly, Galadriel is important, not only as a queen among Elves, but as a mover and planner of the great things in Middle-earth, affecting all its peoples.” (Enright)

Arwen is Galadriel’s granddaughter, and the daughter of Elrond, ruler of Rivendell and one of the current Elven ring bearers. In the film The Fellowship of the Ring, she is portrayed as fearless and a skilled with a sword, taking on the Nazgûl in an effort to save Frodo from a terrible fate. Though the actions are attributed to others in the novel, she is no less heroic. Nancy Enright notes, ”Arwen is the one who makes the Christ-like choice of taking on mortality out of love. And her decision, though rooted in her love of Aragorn, becomes part of the … ‘good catastrophe’ that saves Middle-earth.”

The introduction of Eowyn does not come until The Two Towers, but she is no less important to the tale. Gandalf puts it best when explains to her brother Eomer “My friend ... you had horses, and deeds of arms, and the free fields; but she, born in the body of a maid, had a spirit and courage at least the match of yours.” (The Return of the King) Not content to just sit on the sidelines while the men of Middle-Earth fought to save it, she disguised herself to fight alongside them. She showed herself to be every bit as capable in battle as any man on the field. At the Battle of the Pelennor Fields, she scored a great victory for the forces against Sauron when she defeated the Witch-king of Angmar, Lord of the Nazgûl, one of the main antagonists of the novel. 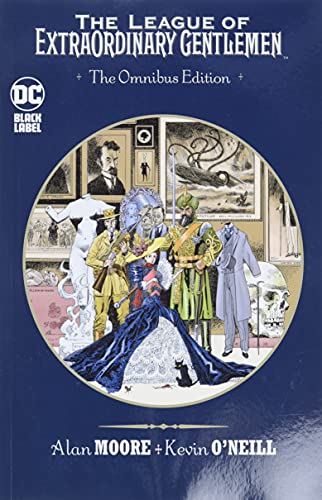 Alan Moore introduced the world to The League of Extraordinary Gentlemen in 1999. The title is a bit misleading, as there is a female member among them: Mrs. Mina Murray-Harker. In her original appearance in Bram Stoker’s novel Dracula, she is portrayed as the faithful fiancée/wife of Jonathan Harker, and the victim of main antagonist. She doesn’t stray from the victims of Polidori’s Byron-inspired vampire. In the comic book and film, she is not the “wilting flower” of Romantic period. She is purposely sought for her powers, and proves to be a valuable part of the League. Mina is confident, comfortable with her sexuality and who she is, and can hold her own with the likes of Allan Quartermain, Mr. Hyde, Captain Nemo, and the Invisible Man. In early literature, a female vampire would have been viewed as a monster to be feared in keeping with the archetype. Here, she is heroic, moral and goes out of her way to make colleagues feel safe around her.

History has long been male dominated, and literature has been a reflection of that dominance. Long held was the perception that women were the fairer sex and incapable of strength and leadership. This is a perception that has been proven wrong by the reigns of Queen Elizabeth I and Queen Anne. In literature, this would change too, with innovative writers like Anne Radcliff and Mary Shelley, pioneers and leaders in their respective genres. Eventually, the female characterizations as seen in the works of Tolkien and Moore demonstrate that women are more than property and villains; they are just as strong, charismatic, courageous and heroic as any male literary figure ever written.

The Complete Works of Ann Radcliffe: The Castles of Athlin and Dunbayne, A Sicilian Romance, The Romance of the Forest, The Italian and More
Buy Now

Who/what do you feel has improved image of women?