Good vs Evil: A Light At The End of The Tunnel

As I stood gazing into his pale blue eyes, I could only see a mere hint of grey.

No longer a recognizable twinkle or gleam of the son, I once knew.

He looked like my son. However, he was not inside my son’s earthly form.

I could see he was lost, lost in a deep, dark sinister world.

A world of lies and deception, wondering how he was going to take his next trip.

In his eyes, I could see the demon.

The demon had surfaced from all the abuse his body had endured over the years.

In this constant battle with the demon inside his head……….. in his mind, he had lost his soul.

He had become unrecognizable along his path of destruction.

He traveled on a long, dark narrowing road to a dark and deadly world.

This path he chose imperiled his life and his very existence.

No good would come of the choices he had made.

On his devastating path, he had forsaken all of his beliefs and teachings.

I keep praying; he will find a light at the end of the dark tunnel.

A light leading him back to his love for God, and show him the path he needs to travel to save himself. 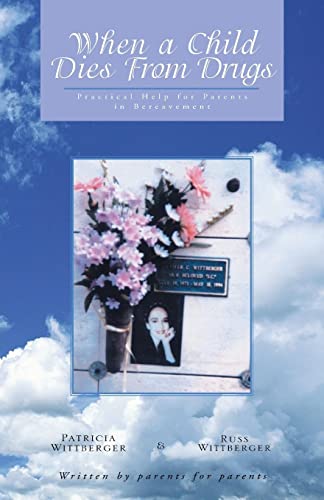 When a Child Dies From Drugs: Pratical help for Parents in Bereavement.
Buy Now