Grandma lived alone in a large house in the country. The house was much too large for just one person, but she had raised her four children there, and she had enjoyed 35 yrs. of marriage to the same man in this house. The house had too many happy memories for her to ever consider leaving it. Besides, where would she go?

The four children were out on their own now, with children of their own. She saw them often, but she would never move in with any of them. She liked her solitude, and she never had been bored a day in her life. She enjoyed good health, even though she was 80 yrs. old.

Grandma enjoyed many hobbies; her favorite was tending to her flower garden. She grew her own vegetables, but the weeding sometimes made her tired. The flower garden relaxed her, so she spent more time in the flowers.

She liked to watch the birds come and eat from the feeder she had placed outside her kitchen window. She laughed to see the squirrels scampered from tree to tree to help themselves to the bird seed. She didn’t mind feeding the squirrels; they had to eat, too!

At night, Grandma would sit in front of the fireplace in her favorite chair, and read or work on her many craft projects. Her mother had taught her to crochet and knit. It gave her pleasure to knit a little garment for the newest member of the family, or for a friend’s grandchild.

One night as she was looking down on her knitting in her lap, she saw something move out of the corner of her eye. At first she thought she was mistaken. She looked up again, and this time she was sure that something had run quietly across the floor and behind her chair.

“I must have seen a reflection on my glasses,” she said out loud, but she knew better. Something had run past her, but what? She turned her attention to her knitting once again. Then, she saw IT again! She sat very still, and waited, but saw nothing. After a while, she nodded off to a light sleep. In her sleep, she felt the presence of something else. When she opened her eyes, there sat a little gray mouse in front of her. He was just quietly sitting there staring straight at her.

Grandma said excitedly, “You’re the SOMETHING I saw run past me!”

For a long time, the two of them just sat quietly looking at each other. Finally, the little mouse ran under her bed. She waited for quite a while for him to come out, but he never did. Grandma went to bed.

The next morning Grandma called the exterminator man. She said, “I have a mouse in my house. What can I do?”

“That’s no problem,” he laughed. “I’ll come out and put down some glue boards. When the mouse walks across the board, he’ll get stuck, and he won’t be able to get away.”

Grandma couldn’t believe her ears! “How terrible! The little creature would be frightened to death! Besides, what would I do with him when I got him unstuck?”

“Isn’t there something else you can do?” asked Grandma.

“Sure, I could put some poison down. It tastes good, and he will eat it and die”.

“Oh, no, I couldn’t do that. There has to be a better way, but thanks anyway”.

Then Grandma drove into town and went to Mr. Smith’s hardware store. She looked at all kinds of mouse traps. She saw some that she would never considering using. They were inhumane. Then, she saw a gray, plastic box about six inches long. It had a hinged door so when the mouse went inside to eat the bait, the door would close. He would not be able to get out.

“This is more like it,” she said. She bought the plastic box and went home.

That night, Grandma put some peanut butter on a cracker and placed it inside the box. She put the box on the floor in front of her chair and climbed into bed.

She began to worry that the little mouse might be hungry and thirsty. So, she put some fresh peanut butter on a cracker, put some water in a jar lid, and placed them in the box for him. He seemed to be very grateful for the fresh food and water. She began to feel a fondness for the little mouse.

Grandma returned to the hardware store, and bought a little wire cage made for hamsters. It had a little bell inside. There was a wheel that would go round and round when the mouse ran on it. This cage would be perfect for the little mouse!

For a long time after that, Grandma would sit in her chair at night and knit or read. The little gray mouse would run round and round in his cage.

Grandma was very happy to have her little pet.

Do you enjoy writing short stories? 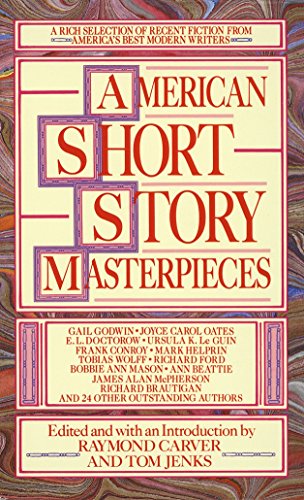 This smart mouse can decorate a Christmas tree