In the United States, people typically only know haiku as a short poem with a 5-7-5 syllable count which is actually not true to the original haiku form. The "17 syllables or less" rule is a much more accurate guideline for haiku.

Some people think haiku in English should be no more than 14 syllables since 14 syllables in English is a better equivalent to the 17 syllables in Japanese. So, to have a very strict interpretation of making haiku that reflects the original Japanese intent of the extremely judicious use of words, the haiku poet would be best to limit themselves to 14 syllables.

The complete lack of understanding about haiku and its rules in the United States is due to how haiku is taught in the schools. Children are taught that a haiku is a poem that has three lines with 5-7-5 syllables. The students are usually asked to practice writing this new form.

This false rule about syllable count is the only thing that typically is taught about haiku. Most children end up thinking they know about haiku without even knowing that haiku can have any number of lines and any number of syllables under the seventeen syllable limit. Some teachers may instruct students to write haiku about nature, but they give no further instruction on the complexity and beauty of this challenging form.

One haiku rule that commonly is not known is the inclusion of a season word. Haiku not only describes a moment in time, but the poem describes the moment in time within the context of a season. The reader must be able to detect which season is the setting for the haiku. In Japanese haiku, this is done with the use of a seasonal word called a kigo.

A haiku seasonal word may be an animal that makes its appearance during a particular season or a word that refers to the weather of the season. However, the haiku poet can be creative in how the season is denoted in the poem.

When I am writing a haiku, I brainstorm a list of seasonal events, both natural and social, to help me think of the season in a variety of ways. In the illustrated haiku that I made which I share on this page, the seasonal description is the migration of salmon. It is the event being described rather than one word included in the haiku.

There are kigo dictionaries for people who may want help with this aspect of haiku. One thing to remember is that seasonal words are local and relative to the area. What is a seasonal word in one country does not necessarily describe the same season in another country. Some haiku poets prefer to use kigo that reflects a larger area while others like to express haiku that reflects the seasons of their geographic location.

Another haiku rule that tends to be ignored is the prohibited use of anthropomorphism. Since haiku describes a scene as it occurs and allows the reader to interpret the meaning of the scene, anthropomorphism does not belong in haiku.

Herein lies a true challenge of haiku. Haiku poets cannot hold onto the haiku so tightly that they cheat in an attempt to deliver their own message and interpretation. Anthropomorphism is cheating. It's assigning attributes to the natural scene that are interpretation rather than reality.

Haiku is a truly challenging form, contrary to what is taught in schools in the United States. I encourage anyone to practice haiku. Embrace the challenges of the haiku rules and find peace in description and sharing rather than interpreting.

For more information about the haiku rules, please visit my other hub on the subject: How to Write Haiku: Moving Beyond 5-7-5 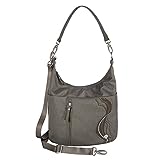