“Gwen Cooper writes with humor, with wit, with candor, and most of all with irresistible warmth for this astonishing little feline who will steal your heart.” Jeffrey Moussaieff Masson, New York Times bestselling author of the Nine Emotional Lives of Cats

"Homer’s Odyssey eloquently demonstrates that the bond between felines and their humans is requisite for out enlightenment." Jim Edgar, author of My Cat Hates You and Bad Cat

"Homer’s Odyssey will capture your heart and enrich your soul. Homer’s courageous spirit and triumphant optimism are an inspiration to all who share his story." Louise Murray, D.V.M., director of medicine, ASPCA Bergh Memorial Animal Hospital

I have to say that I hate scary stories. They give me night horses, male, female, ponies, all of the above. I don't like to be scared so I usually stay away from horror stories and fiction that even hints at it. That is why this little book blindsided me. It looks like a sweet story of an exceptional cat, named Homer. The book is Homer's Odyssey by Gwen Cooper. I found it by accident browsing a bookstore, on a 20% off table. A cat book, what could be more harmless?

Sure there were scary moments as Gwen describes her introduction to the sightless cat and her adoption of him. He seemed fearless as he examined his environment and memorized placement of furniture and doors. He could navigate through his environment as though he had eyes. What could be the problem? Going outside was a problem. Gwen always feared he would venture out and not be able to navigate back, or worse, get hit by a car. So keeping him inside was a task. And then there was the day that a burglar broke into Gwen's apartment. 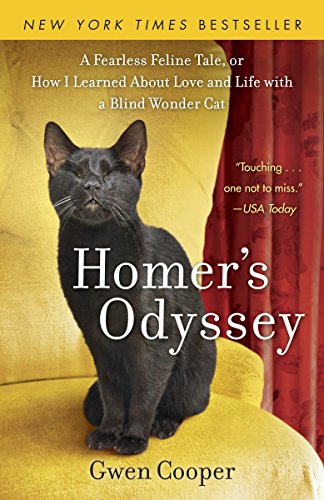 Homer's Odyssey: A Fearless Feline Tale, or How I Learned about Love and Life with a Blind Wonder Cat
Buy Now

I have to say that since I have had cats, I totally understand what she was talking about when she mentioned that her other two sighted cats were hiding under the bed when they discovered an intruder. But Homer. He had no eyes, didn't know it was the middle of the night and pitch dark. He only knew there was someone at the foot of his master's bed who shouldn't be there. You simply have to read the book to find out what Homer did. I laughed for days. I still chuckle when I think about it now, years later. I'm thinking that burglar will think twice before breaking into a home again.

Some of the funniest parts are about how Gwen tries to have a normal social life with three cats. But it is Homer who is most protective. She made me laugh over and over again describing what Homer would do and how he chased off most of Gwen potential husbands. 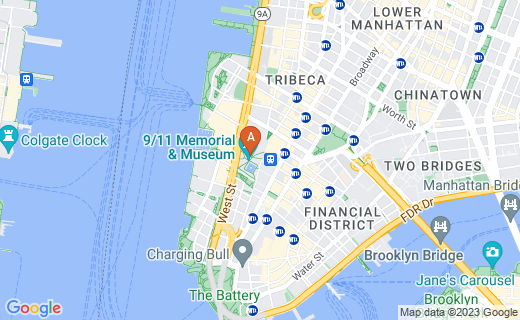 Interview with the author.

That Day In September

Gwen accepts a job in the financial district of New York City and gets an apartment within walking distance of her office. The cats are on the 11th floor, I think when that day came in September and a plane flies into one of the towers of the World Trade Center. Gwen went to work that day and everyone was evacuated from her building not far from the Tower on fire. When it collapsed, they were watching from the Brooklyn Bridge. Her angst at that moment was heart-rending, she was thinking of her cats. Were they okay? Did HER building collapse? Did the windows break? All she could think of was broken windows and a blind cat on the 11th floor. Those who weren't there can't imagine how awful it must have been for those people who lived there and how they weren't allowed back into the area for a week. You will hang on every word as you travel with Gwen and how she tries several times to get past the barricades to backpack cat food into her cats, stranded in a high rise apartment.

That was a scary moment when the towers came down for me that day in September, and I am in California. When I read about it happening to Gwen, my heart was in my throat every minute. I won't tell how it turned out for her and the cats but you will love it all. Even if you have trouble breathing through it.

Do you think we have an obligation to keep pets safe?

Although I couldn't call this book a "scary" story, I can say there were parts where I couldn't go to sleep until I found out what happened next. It had me on the edge of my seat (figuratively) several times.

Also, I want to say that the horror of the day back in September should not be minimized for all the people who went through it just because I am focusing on Gwen and her cats. It was a horrendous event for the whole country and the world. Nothing could minimize that. However, until I read this story I can't say that I really knew what any one person when through during that week and the weeks after. Gwen told the story with such pathos that I felt like I was there with her trying to make sense of a senseless catastrophe.