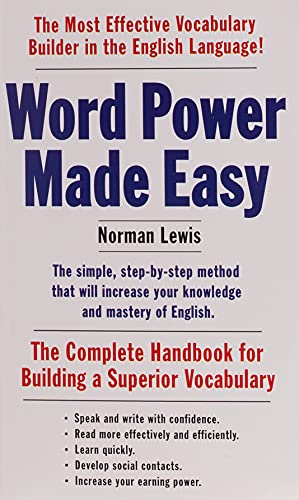 Homonyms are both homophones and homographs.

Homophones: Are two or more words with the same pronunciation. However these words have different spellings and totally different meanings.

Homographs: Are two or more words with the same spelling but not necessarily the same pronunciation and definitely not the same meaning or origin.

A note to writers and freelancers - including myself

I do it, you do it and so do many other writers. However, it's not okay. As writers the onus is on us to make sure were study our words. Look up the meanings if we are unsure and use the correct words when needed.

Misused words can cause many freelance contractors to;

When we write independently and publish our work on sites such as Hubpages, or publish our own blogs or websites, we don't have the privilege of a client asking us to redo or edit. What we publish is what our audiences will read. It is left to us to make sure that we send the right message to our readers that we have a good command of the English language and that we know what we are talking about.

Bad language or incorrect word usage can cause confusion in the mind of the reader. In some cases the phrase, sentence or passage will take on a totally new meaning if interpreted a certain way.

Writers and freelance workers, please let us pay attention to our word usage and help each other out when possible. Don't be afraid to let someone know they have misused a word. Please let me know whenever I mess up!

Use a dictionary and check your spelling and word meaning when you are unsure. Even if you are sure, it cannot hurt to double check.

I must clarify this article was written to myself as well. If I write an article such as this I draw attention to my own writing; and then so, I must pay extra attention to my own work. I am no genius with the English language and I too struggle with words and meanings.

What I do when writing online is bring up an extra tab with Websters or Oxford's online dictionary to double check words I am not sure about; whether it be the meaning or spelling.

We see these words used many times and we may bypass them as just simple mistakes on the writer's part. But should we follow these writers we may find them commonplace. I believe many of us honestly do not know the difference in meaning and so we innocently use them incorrectly.

Your implies ownership in the second person and should be used when referring to a subject and an object. Example: "Your mother called and left a message." Your mother is the subject and the message is the object. The sentence also includes the subject performing an action.

You're is the contraction for you are and should only be used in such cases. Example: "You're beautiful and charming." If after writing the sentence it cannot be read with the original two words, then the word is used incorrectly.

Their implies ownership in the third person and should be used when talking about a subject and an object such as: "Their parents were late picking them up."

There is an adverb that denotes a place, region, area. It is also used in exclamation. Example sentence for a place: "There used to be a hole right here." (The place is actually here but the use of "there" is in the past whereas "here" is in the present. The two words are opposite and used in the same sentence which implies a comparison). Example exclamatory sentence: "There, you see what's you've done!" The sentence does not call for an answer so an exclamation sign is used instead of a question mark.

Popular Homophones To Look Out For

There are so many more words....

I knew there were lots more words out there so have decided to keep adding as I remember or come across them. So here is another list. Thanks for the reminder Will.