And then he brings out the star-feature from the cupboard. It's a collection of trees made out of green and brown crepe paper on a painted cardboard base. 'Cobham Woods,' he says, with a grin stretched across his gnome-like face. "I 'aven't figured where to put it yet...'"

HE lives in a Warden-assisted council home for the elderly, one of those red-brick, characterless buildings from the '70s, flat-roofed, with glittering picture-windows on the ground floor, situated in a soulless housing estate on Clement Attlee Way. There's a intercom on the door. You have to hold the buzzer down a long time. He's deaf.

It's been over two years since I last saw André. It takes him a minute or two to recognise me. He must be knocking on 70 by now. A gnarled pixie with a tangled mane of grey hair and a full beard, wiry-looking and tough beneath his clothing, clenching a pipe in his mouth, he looks at me with a puzzled expression. And then it dawns on him. "Chris!" he says in his peculiar nasal squawk, "come in, come in! You've made my day."

He leads me upstairs to his self-contained flatlet and, while he's fiddling with the keys, he indicates the uniformly painted pale blue corridor stretching out behind him. "Look at it," he says. "It's a glorified nick. The only difference is, we've got our own keys to let ourselves in and out."

His name is André Van Beest. It's an extraordinary name. He's an extraordinary man. His flat consists of a bathroom, a kitchen and a bed-sitting room. His bed is tucked away beneath the window. There's a chair, a desk, and a TV facing the bed. And that's it. The rest of the room is entirely taken up with a huge model railway. He draws the curtains and switches off the lights. And, one by one, he flicks the switches lined up along the chip-board surface holding the set. And then it's as if you're transported, drawn into a rattling fairy-landscape, as miniature trains buzz round on their tracks, and the Ferris wheel at the fair spins, all lit up, with all the neat-looking houses spilling out light like a welcome home on a gloomy Winter's evening. He points out the features. There's a working fountain, squirting a tiny jet of water. And a coal-mine with a pit-head wheel that turns. A large, arched, glass-roofed station like Temple Meads in Bristol. A working crane. A windmill, its sails turning in the imaginary breeze. A church with a spire. A bridge. And then he brings out the star-feature from the cupboard. It's a collection of trees made out of green and brown crepe paper on a painted cardboard base. "Cobham Woods," he says, with a grin stretched across his gnome-like face. "I 'aven't figured where to put it yet."

Not any old woods, you notice. Cobham Woods. Because André lived in Cobham Woods near Rochester for nearly 16 years, and in a field near Sittingbourne for another nine. For 25 years he was a Hermit, maybe the last of his kind. And he misses the woods. He misses his friends. He misses what he calls, with typical innocence, his "four-legged friends and two-legged feathered friends". He misses the trees. He used to talk to the trees. And he misses the wild animals, the rabbits, the foxes, the squirrels, and the deer that got so used to him that they would eat from his hand. He was the Old Man of the Woods.

He had a dog called Judy who was - like him - one of a kind. She was half fox. And he had two goats and 40 chickens and numerous ducks and geese and rabbits. And he made a clearing in the woods by lifting all the saplings and replanting them around his property like a fence. "Mother Nature's fencing." So he had a vegetable plot and a neat flower garden. I've seen the photographs. It was just like Paradise, this perfect blend of wild nature and cultured garden, a tumbling cascade of colour beneath the crooked trees.

An ex-railway man, he moved into the woods in the mid-'70s. He bought the land and, far from wanting to be a Hermit, he thought of himself as a farmer. But he lived in a hut made of branches stretched over with shopping bags, and sold eggs to pay for his luxuries, his tobacco and his sugar. He lived like this for two years before anyone even knew he was there. He used to have to walk a 4 mile round-trip to collect water. And one day he got back, exhausted, with two plastic containers full of water stretching his arms, when he saw a neat-looking man poking around by his shed. The man had a note book. He was scribbling notes. He was the Inspector from the Council.

"Now I was in the middle of building a greenhouse - plastic one, for temporary measures - to start growing grapes. I'd already got my lawn and my flower bed and everything like that. He looked at me. He says, 'you're not supposed to be here.' I says, 'why, you gonna stop me?' He says, 'you don't own any part of these woods.' I says, 'oh yes I do, that's where you're wrong.' He says, 'you got planning permission for this?' I says, 'I ain't from you.' He says, 'well that's not good enough.'"

I wish you could hear his voice. André has the strangest voice. He speaks through his nose as he has a cleft-palate and, when he gets carried away - as he frequently does - his voice rises to a high-pitched twitter. It's really funny. He's a really funny man.

It took the council 14 years to remove him. He fought the case right up to the High Court. The council had to allocate extra funds to pay for the legal costs.

"All right, if I was a piece of cake, what was I doing up there for 16 years? So how was I a piece of cake? And as you will find in the reports, I have cost them a fortune to get me off. I've still come off better."

André was famous for a while. He was in all the papers, and on the TV and the radio. The local people backed him. Hundreds signed a petition. They collected funds for his court case. And at Christmas time a delegation would come over to visit him in his woodland retreat with a hamper full of goodies. He got so sick of mince-pies he had to feed them to the goats.

The law was too strong for him in the end. He lost his Appeal. He was evicted. The bulldozers came and knocked down his sheds and his greenhouse and his plastic bag shelter. They ripped up his lawn and his vegetable plots and his flower garden. They tore down the chicken run and the fencing for the goat's compound. They destroyed it all. In the name of the planning laws they tore down paradise.

YOU have to ask why, don't you? People get planning permission for all sorts of things. For roads that rip through countryside. For industrial estates and trading estates and shopping complexes. For leisure-centres and theme-parks. For hotels and for soulless housing estates like the one on Clement Attlee Way. But a harmless old man can't get planning permission to live this simple way of life, out in the woods with his plants and his animals and his trees and the deer that ate out of his hand. He was a Hermit. It's an ancient occupation. Well it niggles me. It bothers me. Why? Who in God's name is the law meant to protect?

He moved to Clement Attlee Way over two years ago, after living in a caravan in a field for another nine years. He was getting too old for the outdoor life. His old bones were beginning to creak. He wasn't allowed to bring his animals with him, of course. Imagine forty chickens and numerous ducks and geese and rabbits in a warden-assisted council flat for the elderly. He wasn't even allowed to bring Judy. He had to have her put down, which nearly broke his heart. She was a wild-thing, she could never have borne the indoor life.

Someone said to him recently, "you know you're a famous man?"

"No I'm not," he said. "Cos I don't feel famous. I'm pop'lar, but that's a different thing. But I'm not famous." And he let out a wild cackle, like some woodland creature's ancient call. 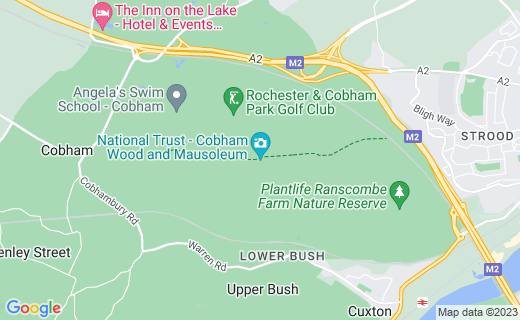