Exploding Chocolate Or How To Make A Chocolate Bomb

One of My Childhood Moments

I grew up in southern California and I had a pretty crazy childhood. These are the facts. I also had a rather 'unsupervised' and rather 'unusual childhood' to say the least. I could have used a LOT more supervision as the following tale will show. I also could have used a few more brain cells which at the time was not as obvious to me as it is now. Ah, that good old hindsight - it's still 20/20! No one explained the laws of physics to me but in retrospect, I learned a great deal in a very short period of time - I guess that would make me a quick learner! To explain....and by the way - DO NOT and I repeat DO NOT try this at home!

MAKING THE MOTHER OF CHOCOLATE ERUPTIONS

I have established that I did not have much in the way of supervision - however, that said, my mother and my grandmother for some crazy reason did not seem to think it a bad idea for me to be called into a supervisory capacity for my sister who was younger than me by 3-1/2 years when it suited. I shudder to think back on the responsibility because much like these days in my adult life, I seemed to be a magnet for mishaps even at a young age. Go figure! 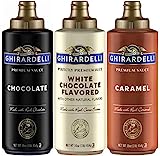 On one cold and rainy southern California Saturday (and they say it never rains in California), I was entrusted again with my sister's care. I think I probably was about the ripe old age of 9 or so (if I was 30, it still probably would have happened to me). My mother typically worked on Saturdays and my sister and I would get about a dollar, then we'd walk to town to go to the movies. It mostly served to keep us out of my grandmother's hair who was our 'caretaker' - I use that term a little lightly!

On this particular day, they had some spidery-thing movie playing - never my favorite. I could not tell if I was shivering more from the movie or from the unexpected rain as we trudged our way back home. As we were walking though, I turned to my sister and said very maternally 'hey...it's so cold - how about if I make us some chocolate milk when we get home? I'll even make it warm so we'll warm up'. Being the chocoholic she was even back then, she was all for it!

So on we hurried with visions of Hershey's dancing in our heads. When I got home, I discovered that my mom had gotten home from work which was great - but then discovered that she was in the midst of preparing to go out on yet another Saturday night date. It was late afternoon by this time and she was just coming into the kitchen when the phone rang. I vaguely remember her standing there talking to the 'new guy' propped against the wall with the phone cord wrapped around her fingers while she talked - and the other salient point to make here is that her hair was done and she was standing there in her slip - a nice white slip. My sister had gone into the living room to play with her endless Barbie collection which I personally detested and hid whenever I could, and my grandmother was sitting at the kitchen table muttering to herself - pretty normal scene for our home.

Well, not wasting any time, I got down to it and whipped through the cupboards until I found what I was looking for - the can of Hershey's syrup that I knew was sitting on the shelf. I grabbed it out of the cupboard and proceeded on to my culinary intent. No one seemed to be aware of what I was doing so I guess I considered that was a 2 thumbs up!

I busied myself about the kitchen of course, grabbing out the milk from the fridge and then retrieving some cups; then got to thinking that graham crackers would make a nice little snack to go with the chocolate milk, so went back to the other side of the kitchen to grab those out too.

As I began to head back to the stove to retrieve my chocolate, I heard the most godawful sound I have ever heard! There was a kind of muffled sound - kind of like a balloon being blown up with too much air (DO YOU THINK?) and then this humungous BANG!! It really was very loud but the noise wasn't what caught my attention. What really stood out in the room was that there was my mother standing in her NICE WHITE SLIP covered with chocolate - it was running down her face, it was running down her slip, it was in her HAIR. Oh---My--God!! Oh holy crap!

Then I turn to look at my grandmother - she is none too happy because she's now sitting there in a chocolate-covered bandana. She is starting to quit the muttering and going into full-blown swear words about what a monster I am and I've done it AGAIN! Oh double crap! I start to gingerly glance around the kitchen and realize to my further dismay that the ceiling is covered with chocolate, the back door and windows have chocolate dripping from them - the refrigerator on the other side of the ROOM has chocolate on it, the cupboards are running with chocolate - and yes, much to my dismay as well, I have it all over ME! What to say?

'Hmmm - that was interesting' didn't quite seem appropriate. There were a few minutes (at least it seemed like) of STUNNED silence except for my grandmother's vocalizations and then my mother says quickly to her caller 'there's been an incident - I have to go - see you in a while'....click. Oh crap - I was hoping she'd just stay on the phone. I of course started to do my verbal dancing around the subject 'I had no IDEA that that would happen - why didn't someone TELL me to open the can first?' Well, in all fairness that was probably not their fault either. I don't think they ever saw what I did or knew what I intended!

Then I hear a voice from the living room - the 'perfect one' yells out - 'I changed my mind - I don't want any chocolate milk'. I so wanted to say 'Oh do you THINK you IDIOT??? Yeah - let me scrape it off the ceiling for you, you dork and I'll bring it right to you!!' I did another survey of the room and couldn't figure out what I should do - grab a rag and start cleaning or run for the front door. Luckily my mom started to laugh and said how ridiculous the whole thing was but what was I thinking? Obviously not too much! However, on retiring to the bathroom a few minutes later to clean ourselves up, she suddenly lost her sense of humor over it and whacked me a good one - must have caught a look at herself in the mirror....oops.

Ah well - so the date arrived about an hour later and here I was laying on top of the refrigerator casually as if I did this all the time - still scrubbing. It made for a very long evening I'll give you that but that kitchen got a great cleaning! And I do have to say I learned a valuable lesson about what can happen when you forget to allow for volume contraction and expansion! Too bad I learned it a little too late. To this day, I'm not a huge fan of Hershey's syrup - in a can or a squeeze bottle!

I Wish I Was At Hershey's World That Day!