How To Write Believable Characters For Your Romance Novel: The Hero

The hero of the 1980's was a braying ass who viewed women as soft, believed himself master of the universe by merit of his gender alone, and galloped about the world with a sword in one hand and his anatomy in the other. Then, thank God, a new generation of writers came along, bashed that arrogant son-of-a-primate on the head, and buried him deep in the woods where no one would ever find him. Unfortunately, the man they chose to take his place was yet another type of hero most women just don't respond to very well - the powdered, primped, silk-clad, tea-slurping sissy of the high regency romance.

And so, when this perfumed peacock was quickly shoved into the freezer to hang with all the other frozen poultry, and the wild outlaws and natives of the American West were trampled by cowboys hugging babies, writers instinctively knew that it was time to bring in a real game changer. That's when they invented the most puzzling hero of all - the all in one secret agent werewolf vampire hunter Russian spy volunteer fire fighter psychic of the new millennium.

Now, don't get me wrong. Brutes, lords, outlaws, cowboys, tribesmen, cowboys who love children, secret agents, werewolves, vampire hunters, Russian spies, volunteer fire fighters, and even psychics all have a place in romance, but most modern romance readers are educated women who just aren't looking for pure myth - if they did, they'd head straight for the fantasy section of the store. Instead, what readers of this wonderful genre REALLY want are heroes they can believe in.

The Hallmarks Of A Great Romantic Hero

I cannot speak for all women, but in the eyes of most, a great romantic hero must be tough without being cold, gritty without being Clint Eastwood, thoughtful and perhaps even a bit pensive without sounding like a 16-year-old goth kid, funny without making an idiot of himself, and of commanding presence without puffing up both hairy man-mammaries and barking orders at everyone.

Naturally, he should know who he is, what he stands for, and how to get what he wants, but none of that should ever translate into cockiness or an inability to learn and transform into an even greater version of himself. He is human, so he must necessarily have at least a few flaws, but they cannot be fatal, and they absolutely cannot overshadow the true goodness of his heart - I'll elaborate in a moment.

For now, let's just say that the perfect hero is a living, breathing man who, despite his flaws, can change both himself and the heroine for the better - if he can't, or if he is anything less than a shining example of masculinity, you might as well write a story about a rock.

Every romantic hero, in order to be believable, must have a flaw or two that makes him human without compromising his ability to capture a good woman's heart. Disney pulls this off wonderfully all the time. Take, for example, the character of Beast, from Beauty and the Beast. Sure, he was grumpy, but only because he was terrified that he could never break his curse. Sure, he ate like a slob, but only because his hands (okay, claws) were designed to hold a shovel, not a spoon. And yes, he slammed doors in Belle's face and stomped through the castle with all the subtlety of a wounded velociraptor, but only because Belle's beauty and kindness reminded him of just how much of a miserable tyrant he'd been.

If your hero has a flaw - and he better have one, or else he'll be about as realistic as an honest politician - it must be a flaw that a) does not suggest an evil nature, b) does not endanger or hurt the innocent, and c) does not make the heroine look like an idiot, witch, or idiot witch, for falling in love with him. Furthermore, he must be made aware of the flaw or already be aware of it himself, and he must want to either change of his own accord or come to see (with the help of your heroine) that he CAN and SHOULD change in order to become a better man - a man of honor, dignity, principle, and unwavering loyalty.

This means that if your hero uses violence, it cannot be because he is violent by nature. If he's going to lie, the lie must serve the greater good, not just the hero. Most importantly, your hero must never break his promises. The instant he breaks a serious promise to the heroine or someone he has sworn to love and protect, he will lose all credibility, and unless you can give a very good reason for his decision to renege on his word, your readers will either put your book down and never buy one of your titles again, or keep reading just to see when the heroine will wise up and shove him off a cliff.

Don't make the mistake of assuming your readers will forgive a major character flaw just because your hero looks cute in a tartan - if his actions are unforgivable in life, they are especially unforgivable in fiction.

Did I mention that the secret agent werewolf vampire hunter Russian spy volunteer fighter fighter psychic you met earlier is more than just the busiest man alive? He's also nearly seven feet tall, has prettier hair than a L'Oreal commercial, casually lifts Zambonis at the ice rink so little kids can skate in the shade, and was once accused of trying to smuggle a dolphin out of Sea World when all he was doing was adjusting his zipper.

The above kind of physical description is stunningly common in modern romances, but I could never understand why. The hair, I can deal with - it's prettier than mine, but maybe this super-human hybrid between a Clydesdale, Highland warrior, and pretty alpaca will mention what conditioner he uses so that one day I can be as beautiful as him. I can even take the muscles and zero percent body fat, and the way he can rip a steak straight out of the side of a charging rhinoceros. But what I can't abide - and what makes me laugh every time I come across it in a romance - is a man who could impale a Boeing 747 at fifty paces by merely tilting his hips.

So let's talk physical realities for a moment. If your hero is six foot nine and built like a bulldozer, please refrain from giving him a heroine who shops in the junior's department and has trouble getting on roller coasters unless she's in high heels. The only way that can possibly end is in the emergency room - either because he accidentally stepped on her on his way to the buffet he requires to stay alive, or because she had an involuntary Rumpelstiltskin moment when they attempted to make love - and I'd really rather not imagine either.

Remember, it's all right to make a hero larger than life - in fact, he must be in order to be memorable - but please don't take that concept so literally that you turn him into a genetic experiment gone wrong.

Even Heroes Get Afraid

Just because your hero has faced the snarling armies of his enemies time and time again, and just because he can go into the cellar without taking his safety blanket and a flashlight, doesn't mean he's never afraid. Or at least it shouldn't, because in order for your hero to appeal to human women, he must first show that he is human himself. Don't shy away from giving your male protagonist something to fear - in fact, you can use his fears to build dramatic tension and make him appear even stronger. Consider this:

If your wimpy Uncle Erwin bursts pale and whimpering through your front door and says that he's not helping you move because he saw a ghost in the garage, you're probably going to wave him off and laugh. Erwin, after all, literally fainted the time your cat dropped a rubber snake in his lap, and his idea of a scary movie is Mouse Hunt with Nathan Lane because, oh, dear God, rodents on the loose.

If, however, your time-traveling hero Lachlan - who, mind you, doesn't so much as flinch at the idea of ghosts, and who has seen more death and horror than Holly-wood has imagined - strides into your house, locks the doors, shuts every window, and tells you to be quiet and stay behind him no matter what while drawing a 12-inch dagger from his boot, you're going to be considerably more open to the idea that there is SOMETHING in your back yard - and that if he's afraid, you should probably be terrified.

Of course, it not just immediate physical or supernatural threats your hero should react to like a normal, albeit brave, human being. As a man who loves deeply, and whose high protective instinct and willingness to fight in defense of what is his and what is right surpasses all else, he should have even more reasons to be afraid than the rest of humanity. Find out what those reasons are - who and what he is willing to die for - and you'll find not just his greatest weaknesses...but also his greatest strengths. 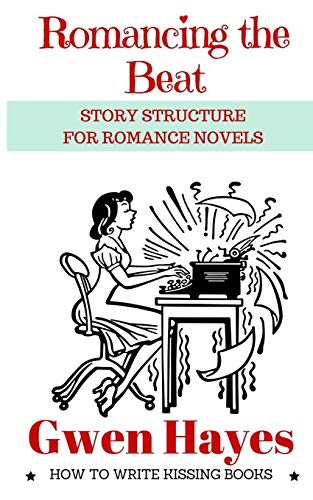