How to Seriously Write for Yourself

You’d think that this would be a no-brainer for most writers. We are always writing for our self, right? Not necessarily. Well, for some of you it might be true, but for me it isn’t. Since I’m trying to become a published author, I’m constantly nit picking about everything I write. Does it fit into the page length for this genre? Will someone interpret this the wrong way? How many re-writes is too many? And on and on. Maybe it’s just me, but when I write something that I intend to market, I am constantly aware of my audience; what they might think and how they might react. It is a powerful tool when editing, but it can kill the fun of writing. So I’ve developed some general guidelines when writing for myself, which I will provide to you below. They might not work for you, but they have helped me immensely to let go and remember why I love writing in the first place. 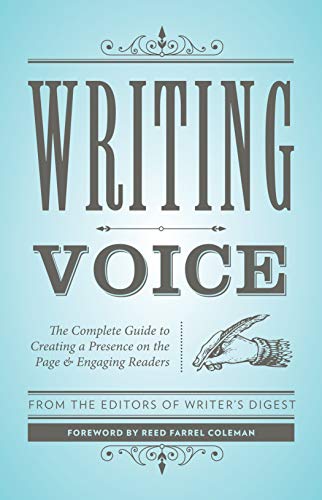 Writing Voice: The Complete Guide to Creating a Presence on the Page and Engaging Readers (Creative Writing Essentials)
Buy Now

Designate a “for me” story

The suggestions I make for this article are going to vary depending on where you are in your writing career. If you’re a fresh faced writer, who has never completed a single story, then you might consider using these steps to get the creative juices flowing. If you’re an experienced writer, with many completed stories under your belt, then these techniques are good ways to remind yourself why you love writing and distance you from the business side of the publishing world.

In either case you’re going to want to apply these methods to a brand new story. Pick that story and resolve, right in the beginning, that this one is going to be for you and no one else. It could be something you’ve always wanted to write or a brand new concept, or even a tribute to a favorite author. But the purpose of separating this project from your other stories is so you don’t get it confused with the works you intend to publish later. So, as you read, keep in mind that these suggestions are meant for this ‘for me’ story and not necessarily the stories you are trying to publish (though I assure you it will indirectly help them in the process).

Don’t Write to Be Marketed

Once you’ve decided on a story you want to set aside for yourself, resolve that what you are going to write will never be marketed. You must accept this in order to fully let go. You might change your mind about it in the future, but in the beginning don’t even think about publication. Don’t even think about sharing it with anyone else. Just think about the story and the characters and the setting. Write without boundaries. And, if you’ve never done that before, below you’ll find some techniques that will help you take the plunge.

Maybe you normally write fantasy. So try writing some science fiction. Do you write romances? Try writing a mystery. How about non-fiction? Try writing some fiction. Changing which genre you’re writing can really help clear your mind and get the pen moving. Maybe you’ve always loved reading mystery books but you’ve never tried one yourself. Well, there is no reason not to. Since this piece will never see the light of day, you don’t have to worry about someone criticizing it. Just have fun with it.

It doesn’t have to adhere to the format of a short story, novella or novel either. It can be all three and more. Conforming the story to a specific length can hurt it as well. Tell it in the amount of time it wants to be told, without thinking about which market would accept it. In fact, writing multiple pieces, or installments, of a story can strengthen it. For example, if you write a short story for a side character it will make that side character stronger in the longer work you intend to write. Or if what you’re writing is episode based (a series) then it’s okay to have a short, light episode, followed by a longer, heavier one. (By light and heavy I mean content. Maybe one is serious and the other is humorous. Take elements from every genre and bend them to your will.)

We all want to be original writers with new ideas and fresh concepts, but it can be a real workout trying to think of something new each time your character takes a step forward. Clichés may cause eye-rolls in published works, but this isn’t going to be published so don’t worry about it. They can be wonderful tools for story momentum. For example, if you are trying to create a character that is like a vampire, why not just make them a vampire? It cuts down on the development time and gets you right back into the story.

The whole point of using a cliché is so that you don’t over-think things. For example, if I make a hero who discovers his father is the villain of the story, I might stop and think “wait, that’s been done before, I should try something else.” In a story you’re going to market I would advise you to try to fix it, but in a story that is just for you, let it go. Editing, whether it’s on the fly, or much later, isn’t as entertaining as writing something fresh and new. It’s necessary, but you want momentum. (More on Editing Below)

It is preferable, however, that you like the cliché that you’re using. This story is for you, so indulge your favorite movies, books and even video games. Rip out your favorite ideas, concepts and settings and use them to pump fun and interest into your own story. It isn’t copywrite infringement unless you publish it, and even then, a story that is a tribute to another story rarely resembles the original when it’s finished. (At least not enough to warrant a lawsuit). Every writer draws inspiration from somewhere, this is just taking it to the extreme for the sake of ease and enjoyment.

Scandalous, I know, but what better place to write out your goriest monsters and most gratuitous sex scenes than a story no one will ever see? When you’re writing to be marketed it’s always a balance between what is appropriate and what isn’t; it’s a children’s book so you can’t just kill anyone willy nilly. Or maybe it’s a teen book and you don’t want parents to be mortified by the sex scene in chapter 12. Some authors will break these rules anyway, but it isn’t a good practice to start breaking them before you have weight in the writing world. In a story for yourself, however, anything goes. Let the writing dictate what happens, not your super-ego! Don’t even think about what a reader or a genre might expect, just write what wants to come out of you at that exact moment, no matter how weird or extreme it may seem.

I’m a notorious self editor, to the point that I can’t even send out an email without reading it over a couple of times for spelling errors and places where someone might get confused. At some point I just have to tell myself to let it go. (My first novel took approximately ten years from start to finish.) So when you are writing a story for yourself, you really need to limit the editing for the sake of momentum and enjoyment. And I say limit rather than ignore because stories naturally change as you write them. You may discover that one of your side characters betrays the protagonist in the end of the story, but you didn’t think of this idea until the last two pages. In this scenario, it would help your story to go back and add some clues leading up to this reveal. This enhances the story so that when you re-read it you can truly feel proud of the work you’ve created.

Let this story be the seed for countless new ideas

One of the things I’ve discovered from writing my own ‘for-me’ story is that it has given me an opportunity to try new things with writing. Before, I had never carried over the same main characters from one story to the next (I didn’t think I could keep them interesting that long). I had never jumped genres within the same narrative; going from fantasy, to mystery, to science fiction all with the same characters. I’ve also switched perspectives from third to first and back again. Before my ‘for me’ story I never delved into the truly dark aspects of fantasy and humanity, and now I find myself writing characters that even give me chills.

You see, this exercise isn’t just to remind you why you love writing; it’s a way to stretch your literary muscles and break away from your usual techniques. It lets you run wild with all the knowledge you have, but was always too afraid to try. Whether it was because you doubted your abilities or because you never thought something like that would be marketable. I assure you it’s one of the most liberating writing projects I’ve ever embarked on. You might then say to me: ‘but you’re using clichés!’ Which is true, the story is often propelled forward by clichés, but since that time it has blossomed into an intricate history with aspects that are more original than any of the stories I’ve written before this. I suppose that’s why so many people use clichés in marketable writing. I may roll my eyes when I see another elf or vampire, but I can still think of some great books in which they were featured prominently.

But anyway, like I said in the beginning, you wouldn’t think this would be a problem for most writers. But ever since I entered the field I’ve met a lot of people who were too timid with their writing, or too afraid to try something different. They tell you to write what you know, and I do believe that, but don’t write only what you know. Writing is a powerful tool because it allows us to write what no one can know. It can be intimidating sometimes and we can doubt our abilities, but if you never push the boundaries, you’ll never know how far you can really go.