How to Crush Writer's Block

I’ve heard people say that writer’s block is a myth, which ultimately remains up to perception. But when you’re staring at that blank page, and nothing will come out, it’s hard to argue the ugly monster’s presence. This guide is designed to help you smash through that writer’s block (whether it exists or not) and get writing again.

In all my time as a writer, I’ve discovered that the best method to break writer’s block is to read. Think of the book you’re reading as a slow moving train, and think of your writing as you, running along side that train. You can get where you want to go by using your own two legs, but it’s a heck of a lot easier when you jump on the train every now and again. It represents existing momentum that will jump-start your work and ensure that you hit the ground running every time. This is why it's easier for a lot of people to write fan fiction, rather than their own work, because it's an established world of characters and places you're already familiar with. When it's a brand new project, there is a period where things are unfamiliar and it's harder to move forward.

As for what you should read, that depends on what you’re writing (which I will address more below). But, as a general rule, you should read something that is similar to what you are writing. If you’re writing a poem, then read poetry. If you’re writing a script, then read plays. If you’re writing an epic fantasy, then read epic fantasies, etc. While you are perfectly welcome to read things outside of your genre, it just helps to be in the right mindset for what you are trying to write. Hit the ground running, remember? Some people say that reading a poorly written book will encourage them to write, or reading a book that shakes them out of their comfort zones. But, I would argue that it's best to read those kinds of books when you aren't in the thick of writing. Many writers have a tendency to, unconsciously, mimic the style of whatever they're reading. This can be problematic when you are going for a specific mood or genre.

If you find that you’re on a deadline or that you just aren’t in the mood to read, then make time for it and force yourself to read. Because, if you’re writing something, without any interest in reading, then why would anyone find interest in reading what you wrote?

Depending on what you’re writing, the cure for your writer’s block may be different. For example, if you were continuing work on a book or series when you got stuck, then you will need to ask yourself different questions than if you were writing a new story. Why did the story suddenly hit a road block? Why was it interesting before, but isn’t now? Where did the story go wrong? Often times I’ve found that an ongoing story loses steam when a bad decision is made somewhere in the past. Maybe my character decided to stay home rather than go out for hotdogs. In your mind, you may not have thought anything interesting was going to happen at the hotdog stand. But, if you find that the decision you made has led the story nowhere, then consider backtracking (even if it means you have to dump large sections of text) to find the interesting thread and follow it again.

The next thing you need to ask yourself in an ongoing story is: what do I really want to be writing? Often times, as writers, we will spend countless pages of exposition just trying to get our main character to that cool battle sequence, or that dramatic argument with his girlfriend, but we find that we never get there because the stuff before it was boring and we lost interest. In this chase, just write the sequence you want to. It doesn’t matter if the stuff before it was written or not. A lot of narratives start us in the action and, even if yours doesn’t, you can write the good part first, and let the earlier stuff come later. Stories are rarely written chronologically. As writer’s we jump all over the place trying to make things work, so don’t be afraid to try it. Writing what interests you most is crucial to keeping the story alive. 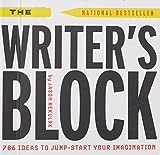 We’ve all been there, we want to write a new story, one for the ages, but so far all we’ve managed to put down is the title or one good line that died before the sentence ended. Building a new story is considerably harder than continuing an old one. Not only do you need to figure out plot and setting, but you need to think of all new characters on top of it.

Ultimately, finding new ideas isn’t the hard part, it’s finding an idea that is still interesting after the first several pages. There are a couple of ways you can avoid this early story slump. The first is to have characters waiting on the sidelines. I wrote an article about writing interesting fictional characters, which you can reference if you like, but any character template will do. Create a number of characters that haven’t necessarily been assigned to a story yet. Give them colorful backgrounds, interesting families, and memorable quirks. You need these profiles because when that glimmer of an idea pops into your head, you don’t want to have to stop to think of all new characters. Nothing kills a story faster than that.

The same can be said of setting. While it isn’t as crucial to have, before hand, as characters, it does help if you have some place in mind. The easiest way to do this is to base it off of a real place. That way you know how to describe it and picture it in your head. However if you’re dealing with a completely fictional location, then it wouldn’t hurt to have things mapped out in advance. Nothing too detailed, but say, for example, that I wanted a town next to a lake. It’s something I’m familiar with, but I’m going to give it a different name and landscape. So, already I have a place that I know, but a few minor adjustments make it totally new and ready to be inhabited with plot and characters. If you're operating with a fantasy world, then you can also use movies, books and television shows as inspiration for creating your setting. Don't worry about plagiarism; the final draft of your story won't resemble any of your references enough to worry about it.

In my experience, writing a new story works best when I have elements already lying around, not being used. In fact, don’t be afraid to butcher old stories in the interest of new ones. Maybe you wrote something a few years ago and it never really went anywhere. Now you have a new story, with more potential, that has some similar elements. Rather than trying to outshine the old one, why not incorporate it? Maybe the old story becomes background information for the characters. Maybe characters and locations from the old story are re-visited in the new one. Discarded stories are extremely valuable for this reason, so don’t ever throw away a notebook or delete a file just because the writing within was bad.

Often times, writer’s block occurs because you are drawn away from the story too many times in quick succession and you can’t find the path you were following when you were interrupted. Eventually you give up trying, only to find the story suffers because of it. The best advice here is to eliminate all possible distractions. Try going to a quiet room without as many noises. Turn off any music or television that might catch your interest. And if you traditionally write with a computer, try writing on paper instead. The internet is one of the biggest distractions, and disconnecting yourself from the computer can do wonders for your story. Sure, in a notebook, you don’t have spell check and your dictionary is a physical book, but since you’re going to type it up later anyway, feel free to make as many mistakes as you want. (You can always write a note in the margin to go back and check it later.) The idea, however, is to give your writing the attention it needs. And if you have to temporarily cut yourself off from the outside world, then so be it.

A change of setting can also work. Maybe you can’t find creative ideas in your office or bedroom anymore, so take your notebook outside. Sit under a tree and write. Stay after school and write or go to the local library. Changing the setting can not only eliminate distractions, it can open your mind to new story possibilities that you wouldn’t have seen anywhere else.

So you were totally prepared; you had characters, setting and a great idea, yet no matter how many different paths you follow in the story, it just doesn’t come together. If you’ve gone to this much trouble and it still isn’t working, you might have to consider abandoning the story. A good author will know when something is dead and he has to move on. But before we pronounce your story DOA, let’s explore some options.

The first thing you can try is blunt force trauma. You may hate what you’re writing, but force yourself to keep putting words on a page, even if you have to resort to copying words out of a magazine or book. Keep your fingers moving and hope that you will push past the rough patch. Despite the painful nature of this method, it does work. I have personally found that if I push past the point where I want to stop writing, I end up writing the best additions to my story. But the general idea is that you’re at a speed bump, rather than a wall, and if you keep pushing, you’ll eventually get over the obstacle and pick up the pace on the other side.

The second thing you can try is to submerge yourself in your story. But I don’t mean writing. I mentioned above that reading similar stories is the best method, but you can also watch movies that inspire you. Listen to music that could apply to your central conflict, and draw your characters (if you don’t have any artistic talents, you can do an imaginary cast list of celebrities). The entire point of this exercise is to bring your story into another medium and reinvigorate your interest in it. Hopefully, by the end, you will be pumped up and ready to explore your world again.

If all else fails, and you find that the story cannot be saved, then move on to a different writing project. But, remember; always save what you did with the failed story. You never know when it might re-emerge or re-invigorate a new story.