How to type the new Indian Rupee symbol

When Indian Government announced the new currency symbol for Indian Rupee, everyone was wondering how this new symbol will be typed from the keyboard. And as per the officials, the new symbol has to be accepted by the Unicode Consortium's Unicode Technical Committee that is responsible for the development and maintenance of the Unicode Standard. The symbol will also be included in the Indian Standards, viz. 13194:1991 – ISCII (Indian Script Code for Information Interchange), through an amendment to the existing list by the Bureau of Indian Standards. The ISCII specifies various codes for Indian languages for processing on computers along with the key-board lay outs.

The symbol has now been incorporated as UNICODE standard, which specifies the representation of text in all modern software products and standards. The rupee symbol can be created by using the combination of 'AltGr' and numeral '4'. If you do not have 'AltGr' key on your keyboard, do not worry you can use 'Ctrl' and 'Alt' keys in combination to make them work as AltGr.

Now, after the approval from the Unicode Consortium, Government of India can mandate hardware manufacturers to include the symbol in keyboards. Though it does not mean that without hardware manufacturers incorporated the new symbol, it would not be possible for us to use the new Rupee symbol. Some companies have released the fonts that can help you to type the new Rupee symbol. Even you can build your own font for the new Rupee symbol using free online font-creation tools. A company known as ‘Foradian Technologies’ has created a font called "Rupee_Foradian" which can be downloaded from their blog (http://blog.foradian.com). This font can be used to type the Indian Currency symbol by hitting (`) symbol, which is just above the 'Tab' key on your keyboard.

To promote the Indian Rupee symbol, Microsoft has also released an update to support the new currency symbol for Windows Vista, Windows Server 2008 and Windows 7. You can download the update from the Microsoft website (http://support.microsoft.com/kb/2496898). 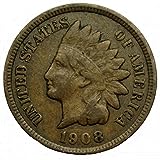 This symbol truly symbolizes our country, our tradition and its currency. Though, we cannot use the rupee symbol globally until Unicode committee approves it but at least we can use it in our regular work and make the habit of using the new symbol. Share this font to make the Indian currency symbol popular among everyone and help Indian Rupee symbol to achieve a global status and representation along with other major economies of the world.

Do you use Indian Rupee symbol?