I Remember the Mountain - A Place of Fulfillment

Gazing At the Mountain

Waking up to the sound of birds singing I’m reminded of the mountain that I knew in my youth. I was becoming a young man and I would gaze at the mountain from a distance and then on week-ends we would walk to it, through it, on it, around it, over it – I came to love the presence of the mountain.

I found myself privileged enough to attend a boarding school in the country, though some would not want this, preferring a school in the city where there are people and life. I’m not sure why I went to this place, a half an hour’s drive from home, dad seemed to think it a good idea; I wanted to go somewhere else in a smaller town - he thought I should be closer to home. Then after reading yearbooks about the school my interest grew and I decided I wanted to go there.

As pupils, in the morning we walked from the dormitory to the classroom; next to the sports field on our way I could see the mountain in the not too far distance. There was a gap in the mountain where there was a deep gorge where the river ran; not a massive river, it was widest near the sea to where it meandered.

School started in earnest, I was not used to this place, everything was different to the junior school that I had attended back home in the city. I had to adjust to being away from my parents and siblings, but I soon made a few friends. I wasn’t used to sleeping in a dormitory with about ten other blokes - we had to put up with each other’s habits. Our clothing was kept in lockers with curtains in the front, not much of a safeguard against any would-be thieves; fortunately this wasn’t a problem here.

It was evident that we would soon be doing some week-end hiking and I needed to get a backpack; I was able to purchase a second-hand one through one of the teacher’s sons. It had a triangle frame and wasn’t anything like the modern-day backpacks. Nevertheless it was quite comfortable and served me well for a number of years.

On our first visit to the mountain area I believe we were actually transported there in vehicles and I know we slept in tents. What happened to the tents after that week-end I don’t know, but we never used them again, and we were never transported to our campsite again. We stayed on a level area next to the gap in the mountain and spent the time swimming in the river below and going for walks. There was a pathway that led down to the river where we cooled ourselves from the heat.

The mountain is there, it stands quite tall and ominous, stretching some distance along the vista, breaking the view of mostly flat ground where farms and smallholdings lie, a few miles from the sea. Like any mountain it has a presence, it does not speak but it kind of beckons to you to visit.

At the bottom of the gorge at the gap between the mountain the river runs - you can walk along it towards its source; there are some lovely rock pools along the way where you can swim, rest or even stay overnight. We would sometimes walk along this area through the gap in the mountain and emerge to an area of trees and a hilly area further on. There is also a large weir next to a forest in this area; we once camped in this forest while on a rather strenuous hike over the hills further on. Some part of me just loves mountains, rivers, streams and forests; it’s as if it is in my blood.

On one occasion we walked from one end of the mountain to the gap in the mountain, travelling along the top. This wasn’t so easy because of the terrain on top of the mountain; the growth was thick and there were many hilly areas we had to traverse that were sometimes rocky and difficult. It took the entire day to reach our destination; I remember having scratched legs and arms, as well as tired limbs from the arduous walk.

Sometimes we wouldn’t walk to the mountain but rather in the other direction to the sea. We went down the gorge next to the school grounds, across the river and up a long pathway which emerged on an area where there was a water pipeline and sandy terrain. This eventually led to the sea and a river where we camped for the night.

I remember once negotiating with the local residents on this route to obtain watermelons in exchange for our tinned food. Being a rural area they grew some vegetables and melons, they were happy to accept the exchange and we quenched our thirst and hunger on these marvellous melons.

Alternatively, instead of following this route we could walk from the bottom of the gorge along the river, to the sea and camp on a grassy area next to the river. The river was quite wide here - we swam and basked in the sun to our hearts content.

Back to the mountain, the big guy that I came to respect, to walk on the mountain was tough going at times; because of this it commanded much respect. We did some rock climbing once or twice, although I coped with it I did not pursue it, it felt too dangerous for my liking.

Going down or abseiling was fairly easy but climbing up was, well, tough going. My whole body started to shake as I searched for crevices and rocks to clasp onto, or footholds to climb up. Of course there was a rope to keep us safe but still, the climbing needed to be done – I struggled somewhat. If you fell the rope would stop your fall but you might still injure yourself on the rock-face.

Thus I never did any more of it and kept to walking, sometimes along rugged and rough terrain, at other times on pathways and gravel roads where the going was easy.

A Sense of Fulfillment

We made bivouacs to sleep in; they were constructed of plastic sheeting tied to branches as a cover from the elements. One day we walked up a part of the mountain on the other side of the gap and camped on the side of the mountain next to a rock-face. It was a scary place to stay because the ground sloped down quite steeply below the rock-face.

That night was probably the most disturbed sleep I’ve ever experienced; it was freezing cold and the wind was blowing gale force, I kept drifting in and out of sleep and having nightmares.

In the morning I was exhausted from the troubled sleep I’d had with the wind howling all night and the ground beneath being hard and rocky. I felt as if I hadn’t slept at all. That was one excursion after which I was happy to get back to the school for a shower and a good night’s sleep.

We bought ‘roostebrood’ from the locals to satisfy our hunger when we were passing their humble dwellings. It is a type of bread that is cooked on a fire, and with some butter tastes really good. For meals we cooked rice and mostly tinned food on small gas cookers - tea, coffee, dates and chocolate were also part of our pack that we received for the week-end.

Chronic thirst sometimes became a problem for me, I drank water mixed with powdered cold-drink but often remained parched. Walking in the hot sun was a challenge, getting hot and bothered didn’t make things any easier but onward we went, there was really no other option.

The mountain - an amazing place, a place of fond memories, of times both rough and smooth, I savour the thoughts and feelings that come to mind. The slog or the ease of walking, the varied weather conditions to contend with, the camaraderie or jesting with fellow walkers, the satisfaction at the end of a long days strenuous walk, when aching muscles could be rested, the awe of sleeping in nature.

All these and many more memories from this time, instil in me a sense of having given me something that I cherish and will keep with me for the rest of my time here on earth.

Do you enjoy Hiking in the Mountains? 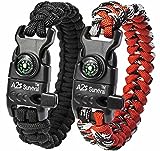