The Second Coming has been the subject of contentious debate for thousands of years, but what most people don’t realise, is that Jesus is already back. He’s been here for years. It’s not blasphemy, its pop culture. He’s on our televisions. He’s in our books. He’s on the internet and he’s making us laugh. He’s already been reincarnated—into a pop star! And a damn entertaining one at that. The portrayals run the gamut from serious to satire, touching to blasphemous. Jesus Christ, is, as the play suggests, a superstar.

Cultural depictions of Jesus are everywhere. It’s like a thousand false prophets have suddenly declared themselves all at once and stood up. Some theologians believe the second coming of Jesus will herald the end of the world and everything that came with that. Judgement of sins, revival of the dead etc. What they didn’t anticipate was that the world would say the same, and that, with his wit and his charm, the second coming of Jesus would revive culture instead.

Of course, we all know that it is not the second coming of Jesus, (we are all still alive and unjudged at the moment). The real one has yet to truly return, but that doesn’t mean we can’t enjoy a good false prophet on our television every once and a while.

Whether you’re in the mood for a gritty, realistic portrayal of His life or a satire on religion, the jesus in film has everything you can hope for.

In the early days of silent film, Jesus played a prominent role. His image, readily recognisable was something easy for silent film to portray, something everybody already knew about and could emphasize with. The first film to have jesus within was "The Passion Play of Oberammergau" in 1989. It was based upon the actual real-life theatrical play which occurs every ten years in the town of Obeerammergau. They’ve been doing the play since 1634 because they promised God they would do it if He would spare the town from the bubonic plague.

Other silent films Jesus had a staring role in are "Intolerance," by DW Griffith and most notably, "King of kings," by Cecil B. Demille.

As for gritty, Mel Gibson’s "the Passion of the Christ" should satisfy everything you want to know about Jesus’ life. Or if you’re in the mood for something a little older, try, "Ben-hur," staring Charleton Heston or perhaps try the famous, “The Greatest Story Ever Told” staring the ever watchable Max von Sydow as Jesus Christ.

For a more humorous take on humanity’s greatest saviour, try "the Life of Brian" a Monty Python production where Brian is mistakenly taken to be Jesus. For a more modern Humour piece, watch "Jesus Christ vampire hunter," A terrible cult movie where Jesus comes back to save humanity, not from our sins, but from the vampire scourge. (Only watch this if really bored).

THE GREATEST ACTION STORY EVER TOLD

The adult themed cartoons, SouthPark and Family Guy each have a recurring Jesus character on them.

On south park, Jesus is a member of the local community, he runs a talk show called Jesus and Palls and occasionally has problems that the titular characters need to solve. He often comes up with quasi-spiritual advice, for all intents and purposes is an attempt at a true representation of Jesus if he were alive today. Here’s a quote from the South Park Jesus:

Jesus: If God answered all our prayers, there’d be nothing left for us to do ourselves. Life is about problems, and overcoming those problems. And growing and learning from obstacles. If God just fixed everything for us, then there’d be no point in our existence. That’s why he wouldn’t show up to my New Year’s party… I get it now, Father. I had to learn all this on my own. I was overcome with my new popularity and, and I let pride get in the way of good judgment.

The Family Guy Jesus has more sporadic appearances and is less of a character and more and idea used to farm laughs. See the Jesus Dance video to the right.

Jesus is also in Saturday night live and MadTV parodies. I remember, as a kid, laughing until it hurt watching them spoof a possible terminator 3 set during the time of Jesus. It’s “THE GREATEST ACTION MOVIE EVER TOLD.” Course, the real Terminator 3 was nowhere near as good as this one.

They can be interesting in their own right. History is riddled with men who, for whatever reason decided to claim kinship with Jesus. John Nichols Thom is a prominent example. He was a nineteenth century politician turned preacher. He claimed to be a reincarnation of Jesus and lead his lower-class followers in a revolt against the English Government.

And I'm sure you all remember Marshall Applewhite. He was the long-running head of Heaven's Gate a california cult group who most famously in 1997 committed suicide so they could rendezvous with an alien spaceship hiding behind the halle-bop comet

The world’s most prominent living fake Jesus is Vissarion. Vissarion, birth name, Sergey Anatolyevitch Torop, is a Russian cult leader. He established a Siberian settlement known as Ecopolis Tiberkul. He and his estimated 50,000 followers practise veganism and teach about reincarnation and the end of the world.

Jesus on the internet

Jesus’ most visible presence on the internet is in the form of raptor Jesus. The raptor Jesus is an internet joke meme which involves taking paintings and depictions of the saviour, then superimposing a raptor’s head over His head and adding humorous quotes, often times referrencing Jurrasic Park in the process. Raptor Jesus is borderline blasphemous, but try to keep in mind that its all in good fun.

Lamb: The Gospel According to Biff, Christ's Childhood Pal, is a humorous Novel exploring the early life of Christ through his pal, “Levi bar Alphaeus who is called Biff".

Jesus Christ Superstar is probably something you've heard of. One of Andrew Lloyd Webber's most famous works. It's yet another re-telling of the story of Jesus and Judas but this time set to beautiful music.

For a more serious literary fake Jesus, consider the book, Ben-Hur: A Tale of the Christ, the one the movie was based upon. Or Norman Mailer’s realistic, “the gospel according to the son, which closely follows the events as seen in the bible.

He’s even in our pancakes!

Pareidolia is the phenomenon where a random stimulus is perceived as significant. This seems to happen most frequently with Jesus and the holy mother. A pierogi with an image of Jesus on it recently even sold on ebay for $1775.

Jesus has been seen in everything from pancakes to Tortillas. In Mexico, a famous tortilla fake Jesus shrine attracts thousands of visitors.

Entrepeneurs have even began to capitalise on the interest for holy confectionaries and offering for sale on the internet a pan that will automatically cook a picture of jesus into your food.

And if thousand dollar Jesus pierogies weren't enough, for the man that has everything, there's even the Jesus Action Figure. He comes in sporty, army and biker models. You can order them from your local parish. 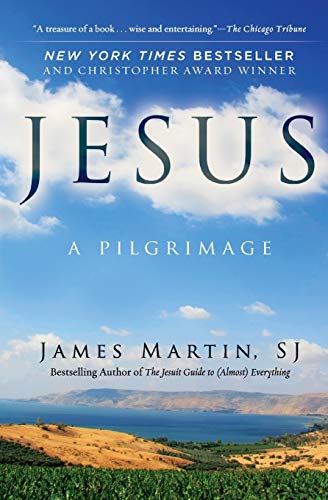 Jesus could arguably be said to be the foundation and basis for an entire genre of music, country. Not to mention all the Praise Rock, Praise metal and Praise electronica out there. If you're looking to see you're old pal in a single, you don't have to look very far.

For music though, I'd recommend some good ole, Johnny Cash and Tom Waits. Please enjoy.