For many years this couple was cautiously hiding their relations. If not they could be sentenced to death. Even their son was unaware of the truth about his father. Only after mother`s death his father confessed that he is not Vasili Dotsenko. His actual name is Wilhelm Ditz. He rejected his motherland and his past for his love in Ukraine. Only now his 40 years old son came to know that his father was a German officer who was considered to be dead for many years.

The war for a young man from a small German town Westebach started in 1939. His unit marched through Poland, Belgium, France and entered Ukraine. He was brave, lucky to escape death and was awarded for courage by medals and next military ranks. He managed to make it to Stalingrad with the 6 Army of Paul’s. He was lucky there too. Despite numerous wounds he survived and was evacuated to a small city Smela in Cherkasy region, Ukraine (which is just 20 miles my place of residence). Numerous military hospitals were located there that time.

Once he met a young lady. “Hi, my name is Wilhelm”. “Hi. My name is Fenya Ostrikova”- unexpectedly answered the girl in German. She flushed red and run away.

She was scared of this unexpected sympathy and avoided meeting with a German soldier for a long time. 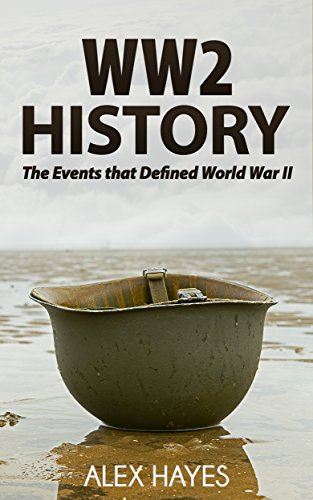 A horrible news came to the Ostrikov`s family. Like many others Fenya was to be forcibly moved to work in Germany. Despite the massive propaganda of the beauty of life in Germany people knew that they were supposed to be nothing but slaves there. But Fenya was lucky. Wilhelm collected everything he had – food ration and a golden talisman and bribed a local policeman asking to cross Fenya out of the records.

One month later Fenya had a chance to reward Wilhelm by the same. It was 1944. The front line was approaching to Smela and German troops retreated. Bombing by Soviet air forces became more and more frequent. During such a bombing raid Wilhelm Ditz has disappeared. Someone saw a bomb exploded near him. Commanders had no time to search for him because Soviet troops were close to the town. Later his family got a letter “Wilhelm Ditz is lost. To be considered as dead”. It was dated by March 7, 1944.

That was true about the bomb. It exploded close to Wilhelm. He was unconscious when Fenya took him home. After talking with parents it was decided to hide Wilhelm. Her family was grateful that he saved Fenya a month ago. They made a little room for him in the attic. This attic became his place to live for almost 10 years.

Soon Fenya gave a birth to a boy. His name was Pavlo. To keep it in secret Fenya went to an other town to her relatives and returned several months after saying that she was married there. Later she has shown Vasili to their friends and neighbors saying that this is her husband. Some people thought he is a little bit strange, others said he was shocked by explosion during the war. Anyway none could really think even of possibility that he is a German officer.

An other name, an other life

It took Wilhelm several years to learn Ukrainian and speak more or less fluently. But he separated himself from the others and could stay for months in the attic of the house. He made a small workshop there to paint ceramics and to make carpets. They needed some money to live.

Fenya explained to neighbors that her husband left to work to a big city and seldom comes home. Carpets and painted ceramics which Wilhelm made were sold by Fenya. She said she made them.

Local passport issuing authority did not think he was strange and issued him a duplicate of “lost passport” on the name of Dotsenko Vasili. They were officially married and got a Marriage Certificate.

Only after Fenya`s death Vasili told his son who is he.

In the beginning of the 90th Vasiliy, his son and his grandson went to Germany to see their historical motherland. Later on Wilhelm made several trips to Germany and asked to cross his name out of records of died soldiers. It was written on the wall of a local church. But he was refused with words that: “Wilhelm Ditz died in Ukraine in winter 1944. But you were born at the same time.”

Wilhelm Ditz died several years ago. But his son and grandson keep in touch with their German relatives.