Brian Turner, an U.S. Army sergeant who served in the war in Iraq, wrote at night with his flashlight. He captured the struggles and pain of being in Iraq. He describes the war using poetry, reflecting on the violence and death of the war.

According the New Yorker , Turner, also known as Sergeant T. or "the professor", was a team leader in the first Stryker brigade to be sent into the combat zone, and was stationed, for much of 2004, near Mosul. He wrote his poems in secret. His comrades in the Army knew that he had a master's degree - but what they did not know, that is was a Master of Fine Arts (MFA) in poetry - from the University of Oregon.

His poetry echoes his first-witness to the violence and death in Iraq, his sense of loss, confusion, terror, and compassion. Capturing the realities of our time, the reality of the Iraq War.

The poem, "Here Bullet", from the book Here, Bullet, by Brian Turner

If a body is what you want,

then here is bone and gristle and flesh.

Here is the clavicle-snapped wish,

the aorta's opened valves, the leap

thought makes at the synaptic gap.

Here is the adrenaline rush you crave,

that inexorable flight, that insane puncture

into heat and blood. And I dare you to finish what you've started. 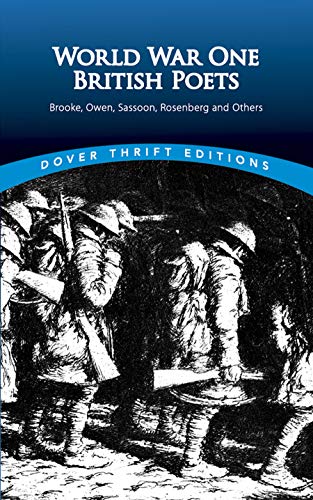 Because here, Bullet, here is where I complete the word you bring

hissing through the air, here is where I moan

my tongue's explosives for the rifling I have

inside of me, each twist of the round

here is where the world ends, every time. 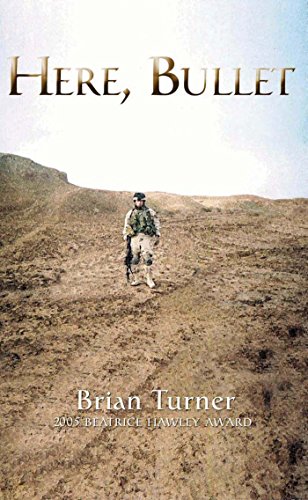 I have so much respect for men and woman serving in Iraq. As I sit in my comfortable house, eating three meals a day, taking my comfort for granted, looking out the window at the sunshine and the peaceful nature of suburbia, the war soldiers and Marines are lying in ditches and risking their lives.

For a war poet to find the time capture the fear, struggles, pain of the war, is truly amazing. A war poet of our generation ... poetry of our time.