Is life worth living ?

It is difficult to answer it categorically. There are different view-points projected by philosophers, poets and writers on the subject. The answer to this lies in how you look at life. But how?

Life is thought to be a storehouse of worries, anxieties. Man cannot free himself of anxiety creating problems. Problems arise at each stage of life, which man likes to resolve. Life thus involves man in the problems of complex nature, which continue to multiply over time. Man does not get any relief from life, as it continues generating diverse problems. Each stage is characterized by different set of problems. If we share the philosophy of Shakespeare on life, then there are seven stages. No doubt the infant is born free of all sorts of shackles but when he enters into childhood he begins to experience various kinds of constraints on his freedom which he resents greatly. He unwillingly goes to school while holding a satchel in his bosom. He moves tardily on the way that goes to school. The child then moves into youth and begins to compose verses in praise of his beloved. If the beloved does not respond to his gestures-mature or immature, then he passes through the furnace of sighs and lamentations. Life becomes a hell for a lover who experiences frustrations in his love. It creates movements of anxieties for a moaning lover….

If we examine the life of a soldier we find that he takes oath to defend his country. He fights for his reputation and is ever ready to impose a crushing defeat on enemy. Great responsibility of a country’s security thus depends on soldier, whose life is spent in maintaining the highest form of discipline. A soldier faces the worst storms, and is above the inclemency of weather-----. As a judge, he is supposed to dispense justice, which indeed is the most difficult task. He has to rise above his personal whims, likes and dislikes to interpret law objectively. His job is thus of a difficult nature in as much as he has to quote references, wise sayings in his judgments. His whole life is spent in undertaking this difficult exercise. On occasions, he suffers from mental tension when he oscillates between pressure brought on him and the dictates of his conscience-------. As an old man, he enters the most crucial phase of life, The old age with its attendant evils makes man’s life miserable. He loses tooth, eyesight, taste in life. He becomes dependent on others and life hangs like a pall on man. In brief, life clamps grief on man, which he has to bear with an unsmiling face.

Novelists like Thomas Hardy took a pessimistic view of life. He maintained that happiness is an occasional episode in life in the painful drama of life. He thus is inclined to believe in fate, which to him is “pur blind doomster”. Fate is compared to a blind man holding a club to punish a particular person, but the club falls on a different person. That is how fate plays its own role in the life of man. The view is partially true but it is not a complete reality. In Urdu poetry, Fani Badayani holds a similar view. While the cruel aspect of life cannot be doubted, all the same, pleasantries of life also cannot be doubted. Hardy’s view is tainted with pessimism, which is upheld by those who look at the dark side of life. One cannot doubt about the seamy aspect of life, but there is always a silver lining behind a dark cloud. Darkness is there, but there is a way to light as well. Sickening, darkening forces do surround man’s life, but these get loosened by the courage and will of man. Nothing can stand in the way of man’s will.

Life undoubtedly is a pack of anxiety generating forces. The latter do not last for long. They get dissolved in face of man’s forbearance, fortitude and grim determination. It is rightly said that it is not life that matters but the courage you put into it. Courage as a tool plays a decisive role in man’s life. One is reminded of Santiago, the old man in Earnest Hemmingway’s novel, ‘The old man and the Sea’ who appears as a bedrock of courage and steel determination. The old man’s desire is catch a big fish. For eighty-four days, he fails to catch any fish and earns the epithet of an unlucky sailor. The fishermen brand him unlucky and he bears the criticism courageously. On the eighty-fifth day, he succeeds in catching a big marlin, which puts the old man to a severe test. The old man is exhausted in the process of catching the marlin. He is all-alone to forge struggle against the hostility of the sea world. He doesnot lose courage but puts up determine struggle to tame the fish. He feels the happiest moments when he draws the caught fish near the boat. The fish meanwhile is attacked by sharks. He tries his best to save the fish from the attack of sharks but in vain. The flesh is eaten up by the sharks and Santiago comes to have the mere skeleton. That in a ways show the futility of human efforts. Mian Muhammad, the author of Saif-ul-Muluk says:

“The job of a gardener is to water the plants profusely; now it is the sweet will of the Creator whether to make the plants bear the fruit or not.”

That is how externalities could creep in to neutralize human efforts. The old man does not lose hope. He is again ready to pick up the challenge of fishing. The burden of the song is that glory of life lies in meeting the challenges of varied nature. Life becomes worth living when man shows resolution in grappling with the complex challenges, arising at different points of time. Life is regarded as a series of challenges and responses. Challenges call for different responses. Individual/nations that accept challenges come out with adequate responses . Emergence of new problems mean new challenges and responses. Life demands action to deal with given challenges. One raises the structure of life when one rises to the occasion by providing desired responses to given challenges--------.

Allam Iqbal (poet of the east) is one of his poems discusses this philosophy through a dialogue between wave and a shore. The latter sarcastically tells the wave that it represents stability. The wave retorts that the shore is a symbol of stagnation because it cannot move about. The wave tells the sure that it represents the movement, activity as it rises on the crest of sea water. It strikes against the shore and then dies out. Life thus is the name of movement and activity. Stagnation is the death-knell to life. Hence man should avoid stagnation under all conditions and should follow the course, dotted with innumerable difficulties. The pleasure lies in pursuit rather than in goal. The following words quote from Jigar Maradabadi:

“Except fondness and travel, I do not accept any other thing; oh love! Tell me what will become, they say, the destination is not far off.”

To make life worth living, one should constantly follow the course of struggle. Life demands contemplation and action. They are the obverse and reverse of a coin. We cannot separate one from the other. 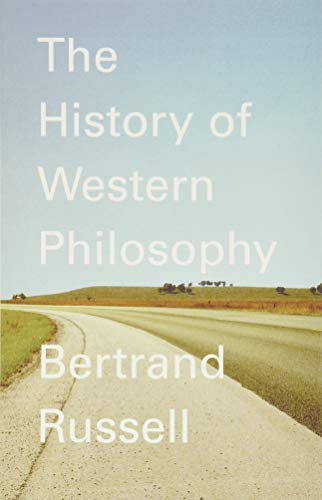