In Pride and Prejudice we are entertained by Austen’s unique ability to not only tell a story, but also to create an atmosphere where reality meets fiction in various aspects of humanity including the social and political sides of marriage. Jane Austen’s keen observation of human behaviour greets us in many guises through the institution of marriage, and we are the richer for it. Where the Bennets’ and Collins’ marriages can be entertaining, the Wickhams’ marriage reminds us of the waywardness of youth and how one mistake can lead to a lifetime of regret. The Gardiners’ ideal marriage demonstrates more through what is not said about the relationship, than what is said.

Beyond the eventual happy-ending marriages of Elizabeth and Darcy, and Jane and Bingley, the ideal marriage is portrayed by way of the Gardiners. Through Austen’s characterization of them we see, and assume, their relationship is successful. Mr. Gardiner is described as a “sensible, gentlemanlike man, greatly superior to his sister [Mrs. Bennet] as well by nature as education”, and Mrs. Gardiner is characterized as “amenable, intelligent, elegant woman, and a great favourite with all her nieces “ (Austen 118). Such descriptions of the couple give the reader a comfortable impression of their compatibility, and therefore, the suitability of their marriage. In contrast, we don’t get the same sense about the Bennets’ marriage. 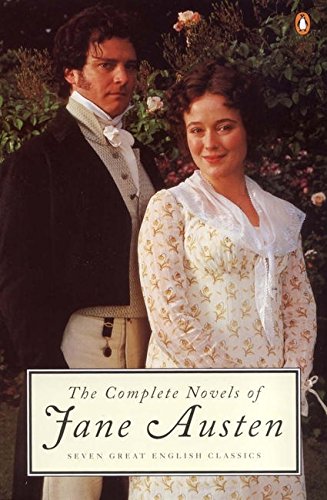 In the opening chapter the reader is given an inside look into the relationship of Mr. and Mrs. Bennet. It seems to be one of forbearance on the part of Mr. Bennet toward Mrs. Bennet. Mr. Bennet’s statement “You want to tell me, and I have no objection to hearing it” (Austen 5), intimates to the reader of Mr. Bennet’s disinterest in his wife’s all-consuming desire to have her daughters married. Mrs. Bennet’s exclamation “How can you be so tiresome!” (Austen 5) illustrates that the couple rarely sees eye to eye on anything. At the end of the first chapter Austen presents us with an author’s view on their characters. Mr. Bennet is described as having an “odd a mixture of quick parts” where Mrs. Bennet is “a woman of mean understanding … and uncertain temper” (Austen 7). Such diverse temperaments hardly give the reader hope for a relationship which cooperates and works toward the benefit of all. Similarly the Collins’ marriage seems unlikely to be ideal because of their diverse characters.

Charlotte Collins (nee Lucas) is described as a “sensible intelligent young woman … Elizabeth’s intimate friend” (Austen 18), whereas Austen portrays Mr. Collins as “A mixture of pride and obsequiousness, self-importance and humility” (Austen 61). Such a range of traits within the couple framework can only suggest eventual conflict, whether hidden or exhibited, in a future context. Where Charlotte seems at least sensible and perhaps the voice of reason within her marriage, there is no such voice within the Wickham marriage.

Lydia (Bennet) Wickham is characterized by her father in Chapter One as “silly and ignorant like the other girls” (Austen 6) when he groups her together with her sisters excluding Elizabeth. Wickham’s questionable character is perhaps hinted at shortly after his introduction in Pride and Prejudice by the effect he has on Elizabeth. While they converse together during a visit to Meryton, we see a side of Elizabeth that is not typical of her, but more like her mother. She gossips about Darcy to Wickham, and so encouraged he launches into a long, detailed story that even if true, proper, social decorum would dictate silence. With Lydia’s silliness and Wickham’s lack of discretion, the reader is given a sense of the impending disaster over a future union.

Jane Austen’s views on marriage through her fiction perform a kind of service for her reader and encompass many levels. Through her keen and observational talent we are given insightful examples of an institution and its possible roads. Although she gives us a happy example through the Gardiners, she also illustrates the all too frequent realities of marital life through the likes of the Bennets, Collins, and Wickhams. Here she demonstrates that quality of character or personality has as much to do with the success or failure of such a union. Lloyd Brown sums it up by stating “Hence the very unreality of a happy marriage … becomes a satiric reflection on the very real limitations of society and individuals” (42) where the plight of the nineteenth century woman gave her few options other than attempting to forge a profitable marriage.